Five species of Damselfly and Dragonflies observed by Friends of Wolstonbury Hill on the annual pond survey and ragwort pulling today. 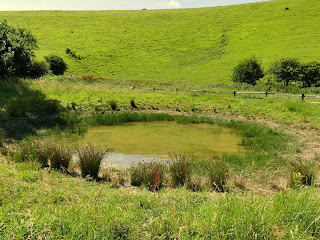 Today was the Friends of Wolstonbury Hill annual pond survey and ragwort pulling -- highlights of the year.
Five species of Damselfly and Dragonflies were observed and shown below. 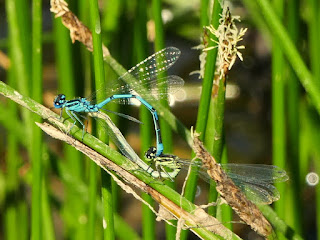 Dozens of Azure Damselflies were mating, above and flying in tandem or egg laying.  Curiously no other damselfly species were observed in the short period of observation before taking to the hills to pull ragwort.


Broad-bodied Chasers were mating on the wing and the females were egg laying. 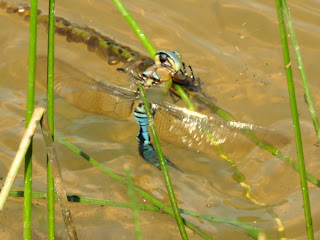 This looks like an Emperor, Anax imperator and superficially looked as though it was egg laying.

But it has the appearance of a male and may simply have fallen in the water and struggled to get out.  Please correct me if I am wrong. 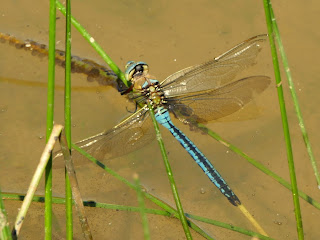 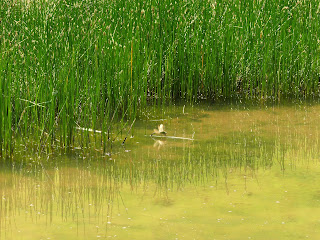 At a distance, this looks like a Southern Hawker, Aeshna cyanea. 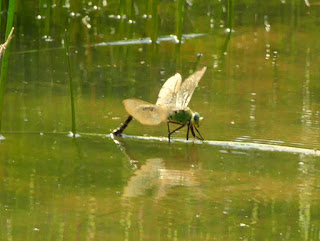