Early purple orchids, pyramidal orchids, man orchids and rare, tiny fly orchids flower much later in the year than the 27th February 2022, when Haywards Heath nature walks group embarked on a four miles circular walk to see these rare plants.  Some native orchids produce their leaf rosettes months before flowering.  Although man orchids remained elusive on this day, the other three species’ rosettes were found by following the bridleways and steep footpaths of the National Trust’s, Wolstonbury Hill in the Sussex Downs, north of Brighton. 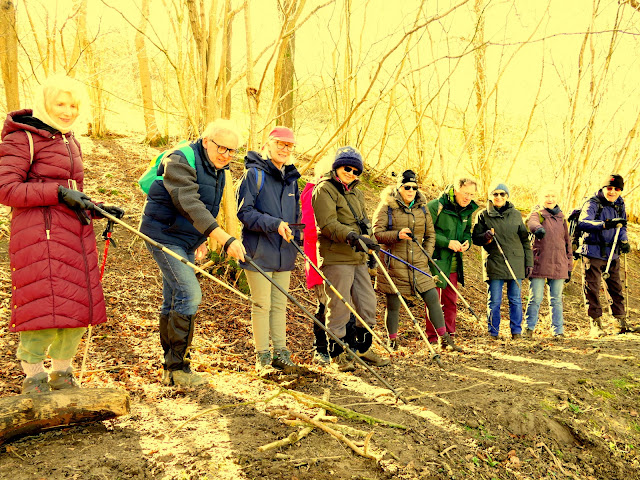 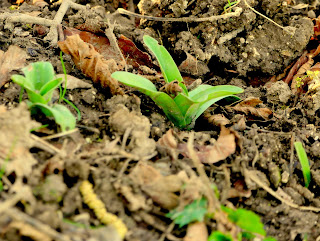 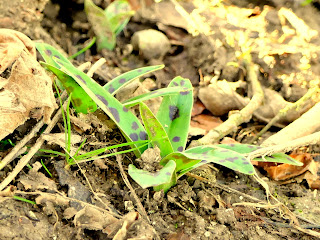 A former rifle range from 1860 was crossed.  It was set up after the Crimean war (1853-1856) in which Russia lost to an alliance of France, the Ottoman Empire, the United Kingdom and Piedmont-Sardinia.  Then, climbing to a northern slope it was Alison John, the leader of Haywards Heath u3a natural history group, who spotted a group of pyramidal orchids, where dense dogwood had been cleared over the winter. 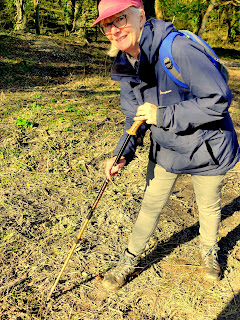 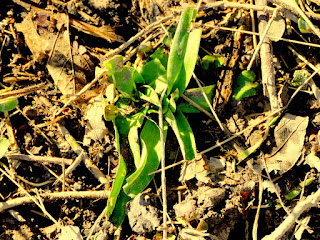 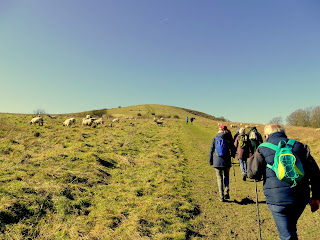 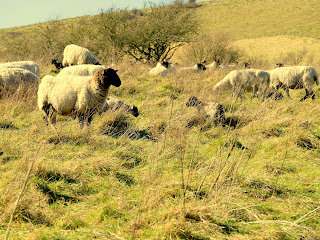 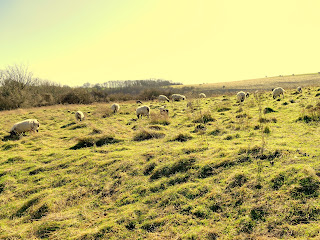 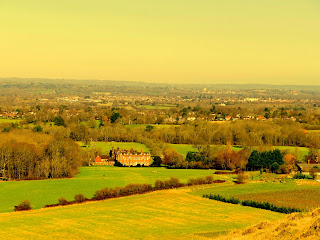 I was highly pleased with the results, as with eleven pairs of eyes scanning the route plants were found that inevitably might escape a lone naturalist.

One gains so much from u3a groups, especially the physical and mental health benefits from walking with amiable companions.

At https://www.haywardsheathu3a.org.uk/ you can see the vast range of interests open to u3a members, including being able to join nature walks like this one.

Although three fly orchids were found, many more had been trampled by walkers on the bank alongside the bridleway.

Responsible walkers respect the request at the National Trust, Nymans gardens in Sussex; 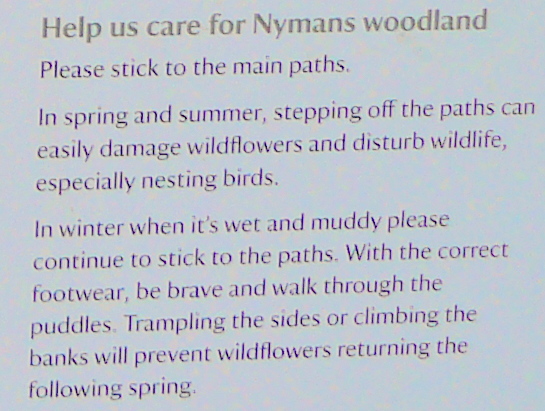