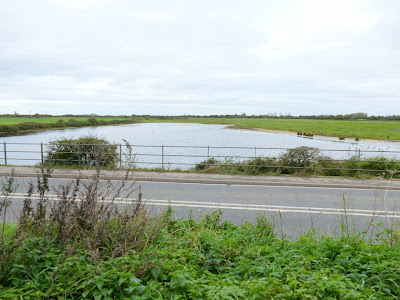 The view from the Ferry Pool hide at RSPB, Pagham Harbour looks across the road to Selsey in West Sussex.  In the distance were a fine number of bird species.  Click on any picture to expand them. 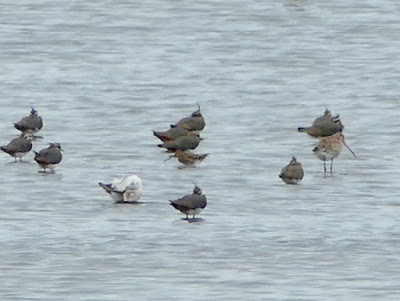 Above, a Godwit and by comparison, a tiny little Snipe, plus lots of Lapwings. 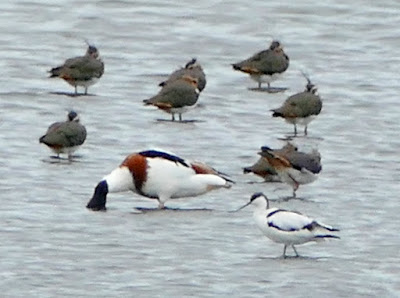 A Shellduck, Avocet and Lapwings, above. 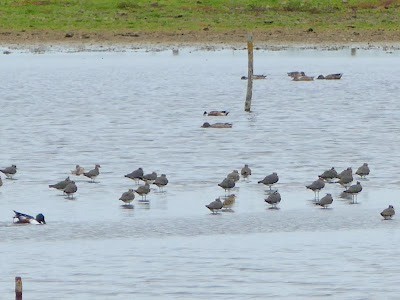 Shovelers and Laapwings... and thanks to Maurice (already in the hide) for showing me a Golden Plover through his telescope -- mid picture above.  Thanks also Maurice for advising me that Snipe had been seen at Pagham Wall. 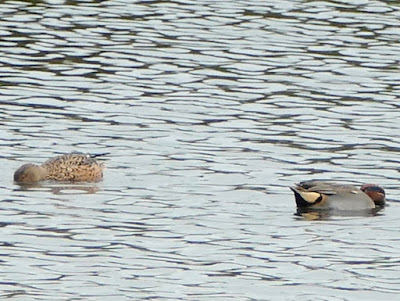 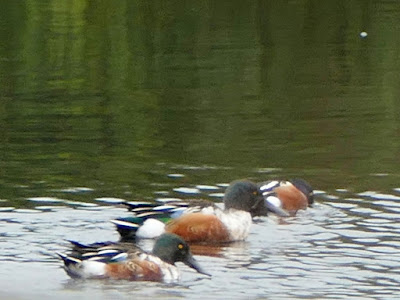 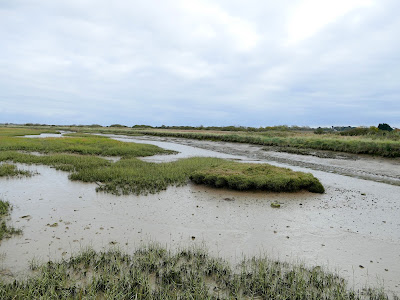 Mid picture in the harbour were more Teal, a long way off. 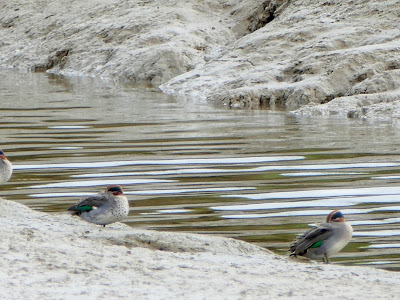 The light was poor on this cold afternoon.  The camera used was a Panasonic DMC-FZ1000, which performed well under difficult conditions. 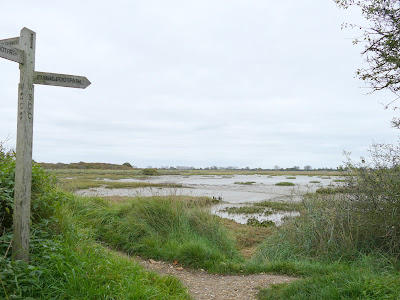 Passing Siddlesham Quay and approaching Pagham Harbour Wall, a little Egret was fishing with Redshanks and Curlew walking about. 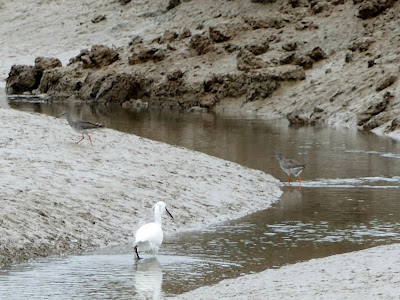 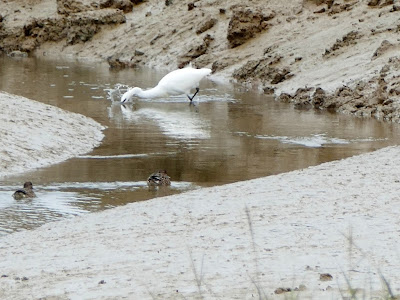 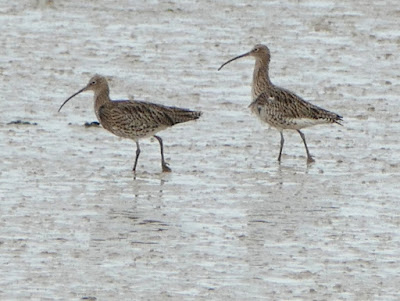 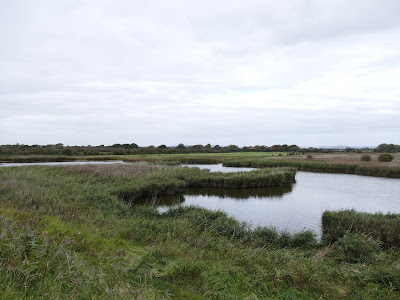 At Pagham Wall I asked another enthusiast if he had seen any Snipe.  Though his telescope he was immensely kind to show me one on the shore of the very far inlet, just off-center to the right of the above picture.
He made my day!  Thank you: I would never had spotted these tiny little birds, so well camouflaged against the reeds. 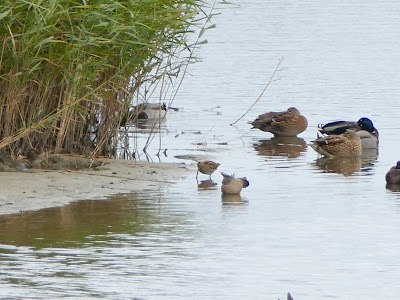 There it is: tiny compared to the Mallard ducks.  But what is the little duck?  A Ruddy duck perhaps. 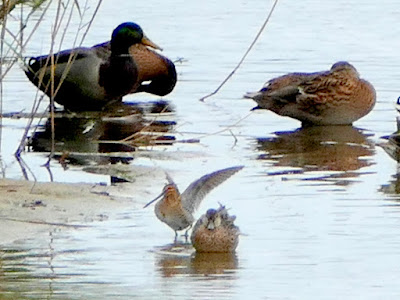 Some shots were taken in "burst mode" among which these two showing the Snipe flying off, disturbing the Ruddy Duck. 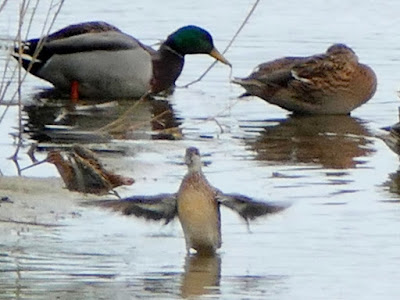 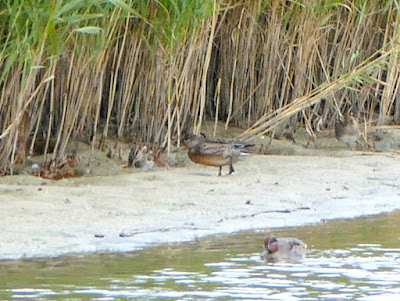 More Snipe on the shore, another Ruddy duck and a Teal swimming.
What a fine place to see these birds, many of which may have flown a very long way to get here.
Some of these shots will no doubt, be used in my public talks: details at www.peterlovetttalks.co.uk  Let your mouse hover over "TALKS" at the top of the page for a drop down list of nature talks. 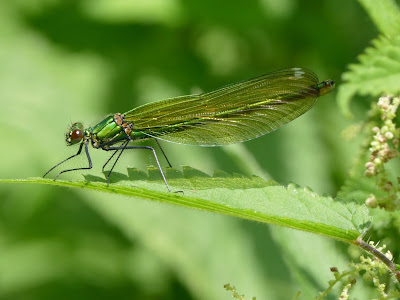 Expanding on the popular "Natural Year in Focus" talks, (http://www.peterlovetttalks.co.uk/page7.html) two NEW modules; "Native Orchids" and "Damselflies and Dragonflies" have been completed today.

Details of the "Native Orchids" talk can be seen at http://www.peterlovetttalks.co.uk/page11.html

And the "Damselflies and Dragonflies" talk is explained at http://www.peterlovetttalks.co.uk/page13.html
Posted by Sussexrambler No comments:

Flock of Long-tailed Tits yesterday in my garden. 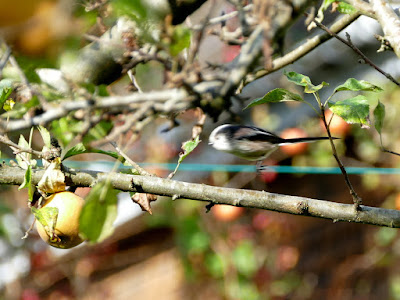 Perhaps six or more Long-tailed Tits have been flying around my garden for several days now.  Their high-pitched cheep, cheep, cheep: almost like a staccato dog whistle is a joy to hear. 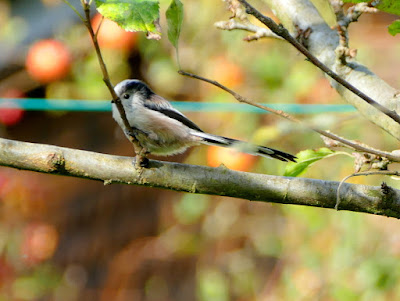 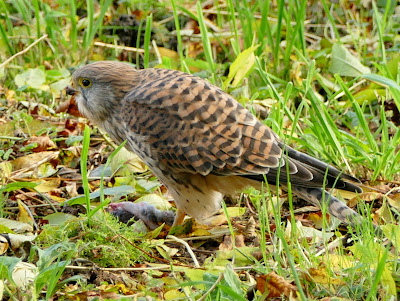 A Kestrel feeding at a building site next to Surrey Downs golf course.

The amount of material for my public talks now exceeds five hours and it has been collated into subjects as detailed below.

These modules are in addition to the talks listed at www.peterlovetttalks.co.uk

Now you can choose which modules that you like for a talk to your club or society.  I have all the equipment needed for an illustrated talk: PC, video projector, screen, extension cable. 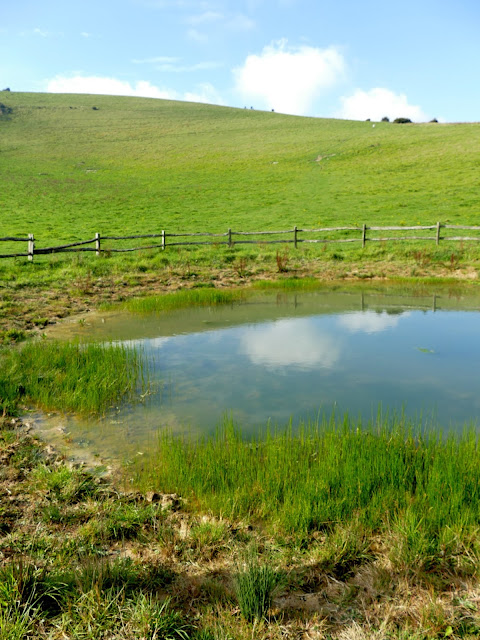 This species-rich dew pond in a site of special scientific interest was clattering with Sympetrum striolatum or Common Darter dragonflies this afternoon: at least four pairs flying around.  "Clattering" is the sound of their wings bashing around in the stillness of this tranquil setting of Wolstonbury Hill. 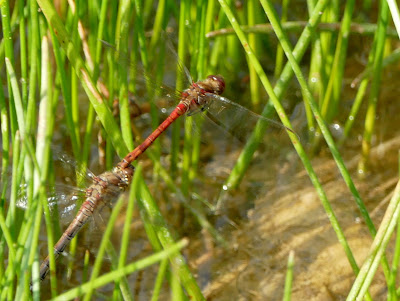 Here a male has grabbed a female behind its eyes and is flying in "the tandem" position. 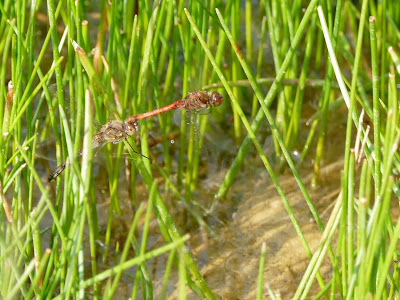 Click on any picture to enlarge it.  See also a video of this all at www.facebook.com/peter.lovett.18 and scrolll down

Having mated, tested the water and still in tandem the female deposits her eggs in the pond with a flicking motion 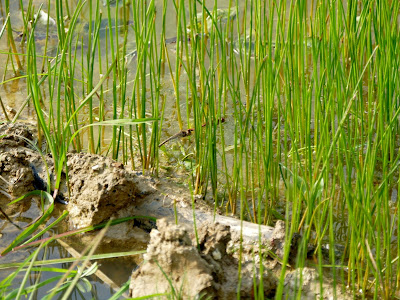 This pond is a haven for many species of Damselflies, Dragonflies and other insects.
Best practice is to not encourage dogs to use it as a playground. 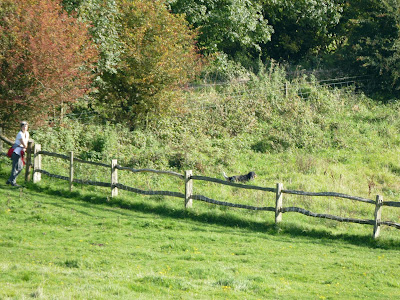 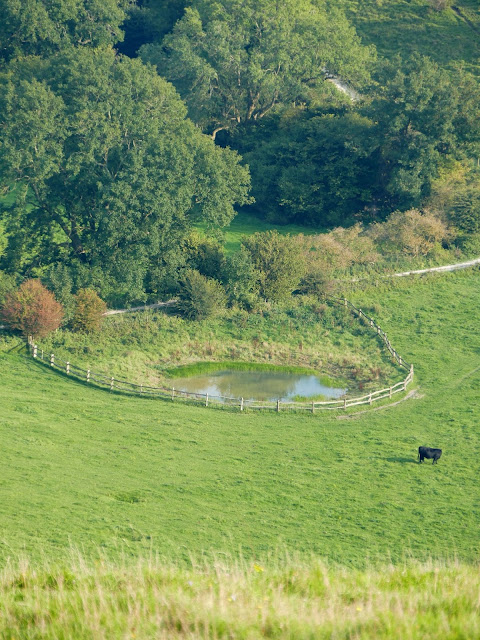 Nestling in this peaceful valley, this pond is a jewel of biodiversity and should be respected as such by all nature lovers and visitors.