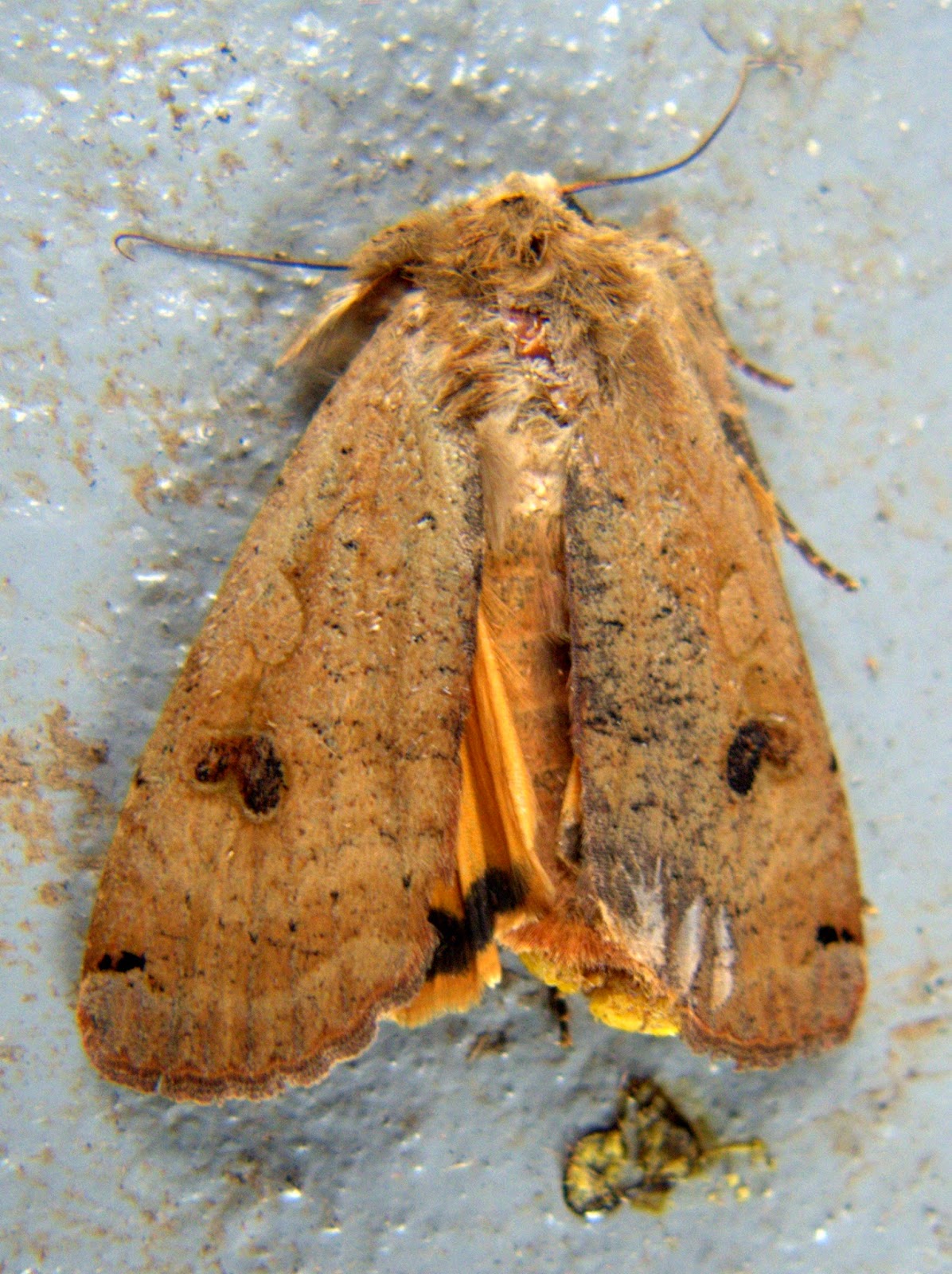 The Large Yellow Underwing Moth, Noctua pronuba is rather common -- especially in my garden.
Attracted to light it flies in my porch and is presumably grabbed and eaten by bats that circle the house in the evening.  The indigestible wings are discarded in the porch, below; dozens of them. 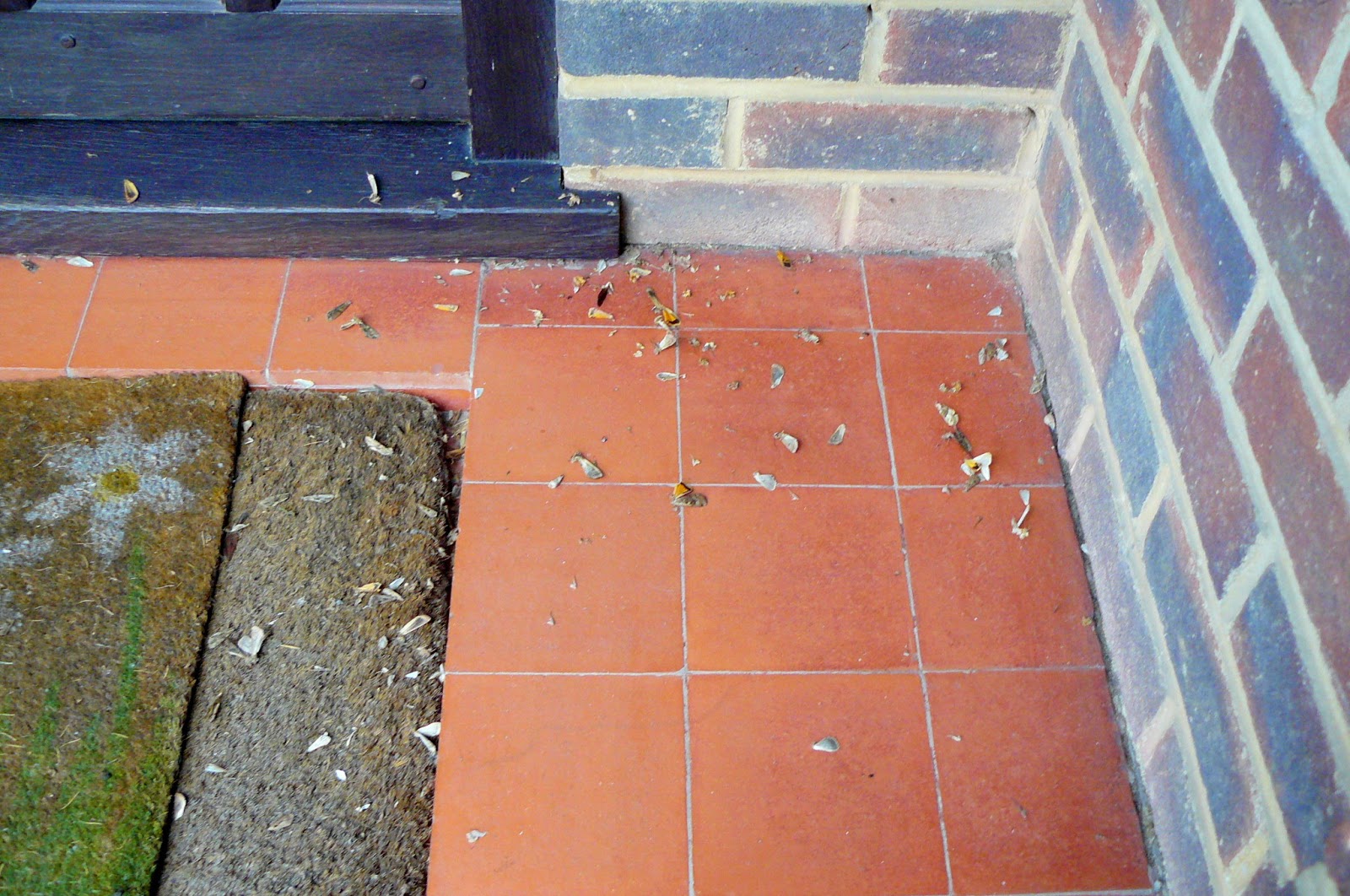 Below is a discarded half-moth. 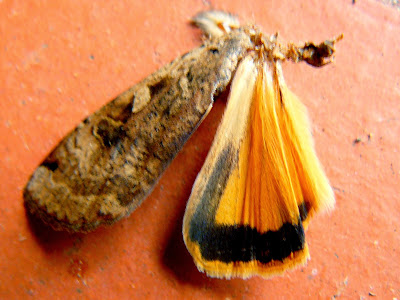 And here is a dead one, opened up which died of natural causes I presume. 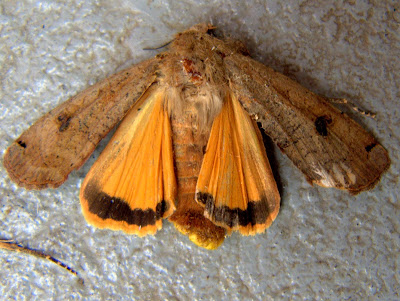 I am indebted to http://ukmoths.org.uk/ for the identification of this attractive moth, which the bats feast on at this time of year.

According to UK Moths’ website, it is possibly the most abundant of our larger moths, this species can be found throughout Britain, and numbers are often enhanced by large migratory influxes in the south. It exhibits a wide range of colour forms and patterns, although the yellow hind wings bordered with black remain pretty constant.  It flies from July to September and is freely attracted to light; often hundreds arriving at the moth-trap in peak season.  It occupies a range of habitats, and the caterpillars feed on a variety of herbaceous plants and grasses.


From my own observation it has been flying for much of June in Sussex, no doubt a consequence of the very early Spring.
Posted by Sussexrambler