This is a great time to be up on the Downs. Wolstonbury Hill is a mass of Common Spotted and Fragrant orchids, plus various grasses and flowering plants like St John's wort and on the road from Hurstpierpoint, Meadowsweet -- one of my favourite flowers.
Above, Wolstonbury Hill and Danny House. Click on any picture to enlarge.
Since this early blog was posted, I have developed my photography skills and the quality and content of my photo's.  Please see http://www.peterlovetttalks.co.uk/page4.html for details of the range of wildlife talks that you may now enjoy.  Updated March 2013 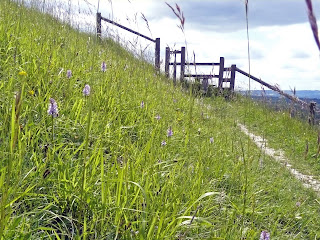 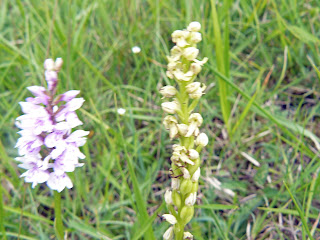 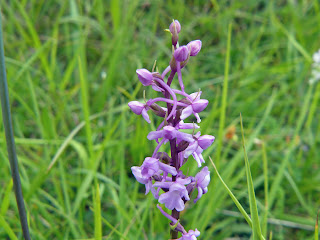 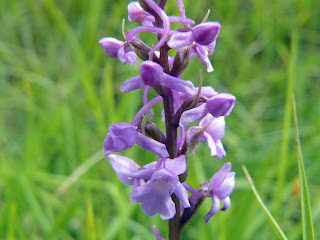 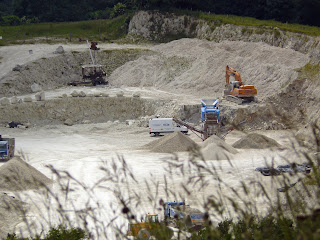 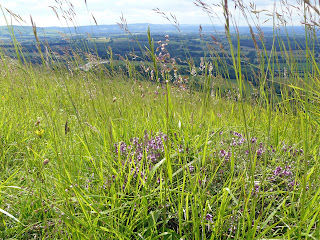 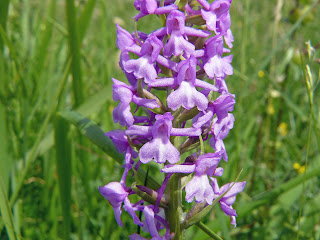 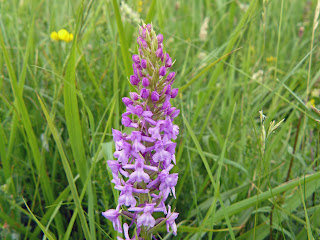 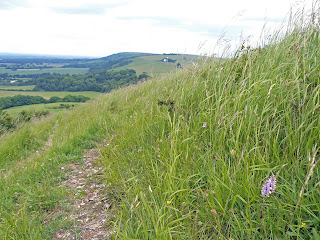 Looking east towards the Jack and Jill windmills, with orchids everywhere. 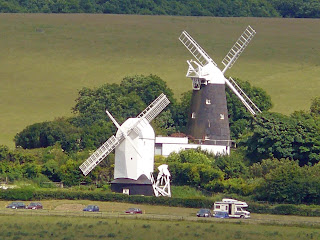 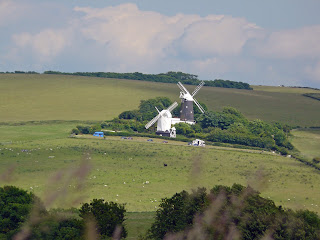 Is Dancing better than Rambling?

Many of us walk with The Ramblers for the exercise, fitness and fun, which indeed it is.

There are other exercises, which I would claim are more energetic and more fun! And at just £5, Sarah from the live wire school of dance provides two dynamic hours of modern and ballroom dance tuition every Thursday evening in Cuckfield, which in my opinion, is unbeatable.

For you single Ramblers and married couples, who don't yet dance, or would like to hone your rock 'n roll, Sarah is about to start a new beginners' course. Call her on 01273 562996 (sarah@livewiredanceschool.co.uk) and join us to give it a try.

It is great fun! 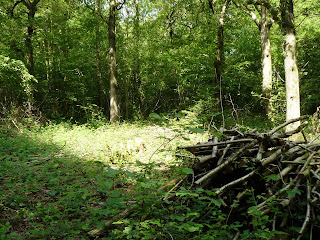 This picture was taken at the end of May in Blunts Wood, where "The Friends of Blunts Wood..." had coppiced the Hazel bushes and stacked the trunks. Click on the picture to expand. It has not been enhanced by software. Opening the canopy of mature hazels has created a shaft of sunlight to the forest floor that is quite dramatic and will allow other woodland plants to flourish.

Click this link for dates when YOU could join "The Friends...." for a fun-filled morning with Terry and his merry band. Additional hands are really welcomed!

Your local Nature Reserve needs YOU! 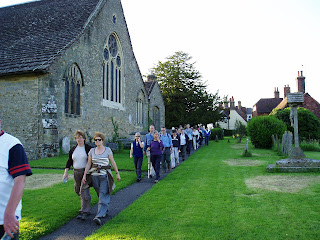 This 4.5miles Wednesday evening walk was part of the Mid Sussex Ramblers program of walks, I was the main leader for the walk . I suggested that we should spot some deer, and thanks to the eagle-eyes of Terry -- we did! There were 35 souls who set off from Cuckfield at 19.30hr, south - through the mud - to Ansty. David and Richard counted the number and Richard bravely volunteered to be back marker. These pictures are in Cuckfield churchyard .

During the walk Terry was kind enough to lead an appropriate pace better than I would have done, whilst with such great team-support, I could relax and chat a bit! 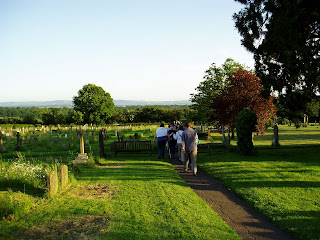 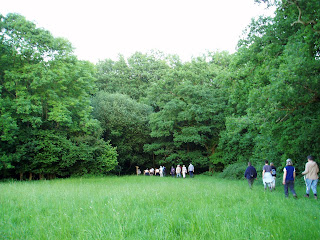 Above descending from Deak's Lane on the High Weald Landscape trail going East.
Many of the group ended up in the recently refurbished Talbot Inn, Cuckfield for animated discussion, where the Harvey's bitter was just excellent. 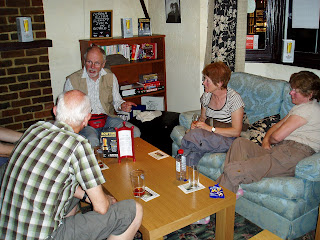 In conclusion, the walk could be considered a success due to;
Posted by Sussexrambler No comments:

A Quaker Trail... in the steps of William Penn

This was a fascinating 9 miles walk, lead by Alison on Sunday 31st May... assisted by Barry and John. It was from the Mid Sussex Ramblers' walks program.

Lying in the shelter of the South Downs, this quiet corner of West Sussex was once the home of William Penn -- a Quaker and the founder of Pennsylvania in North America. Because the Quakers' beliefs were at variance with the Established Church, they were persecuted and accused of a multitude of terrible crimes against both the Crown and the common people.

William Penn lived in Warminghurst Place, where he had the first stages of his idea for a settlement in the New World. His house was destroyed in 1702 in an attempt to eradicate all trace of Quaker presence in the village. 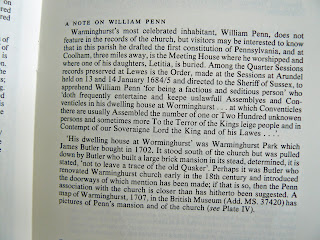 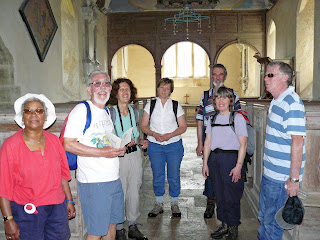 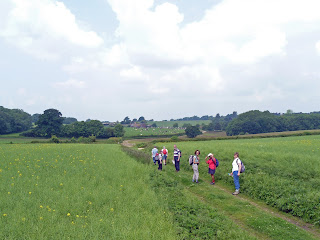 Walking towards Thakeham Place Farm and the Pedigree Holstein cattle. 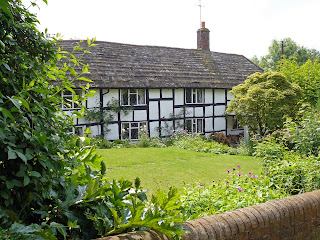 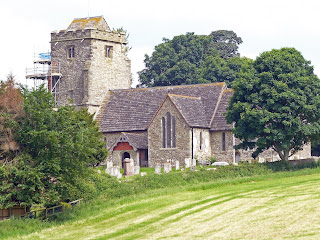 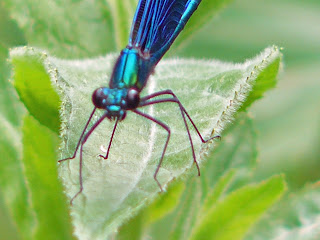 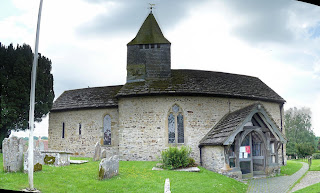 The current West Chiltington church was built between 1100-1150. The porch is the oldest in Sussex, with woodwork from the 12th century.

The wall paintings are dated to the 1150s, with some over paintings in the 1300s and 1400s. The colours are still remarkably fresh and remind us that early churches were often a riot of colour.

A break south-west of Ashington in near 180 degrees panoramic shot, overlooking Chanctonbury Down.

Thanks Alison for a fabulous walk.