How starlings keep their feet warm on a cold day in Sussex? 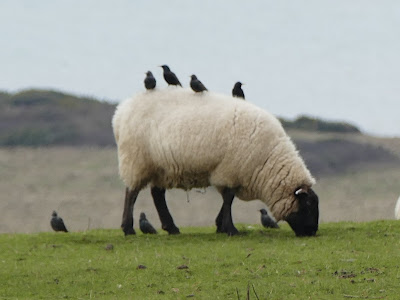 On the South Downs between East Dean and the sea. 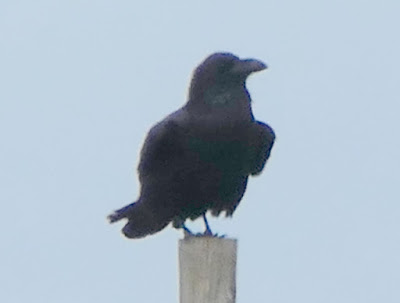 Several ravens were croaking overhead.  One was buzzed by a peregrine falcon over the cliffs. 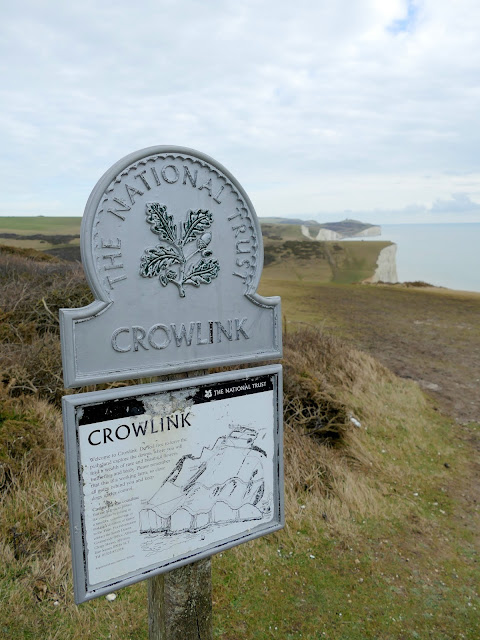 Lots of stonechats too.
Posted by Sussexrambler No comments: 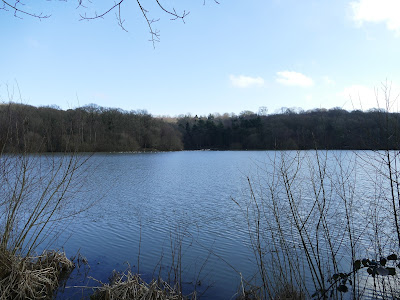 Thirty or more gulls were lined up on the rails in the lake in the Loder valley, Wakehurst Place, (http://www.kew.org/visit-wakehurst) last week.  Most look like black-headed gulls in various stages of transformation to their summer black headed plumage.  They have red legs.
See RSPB info'.  Click on any picture to expand it. 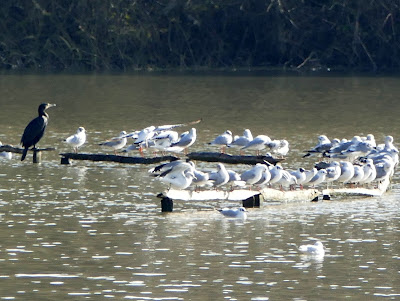 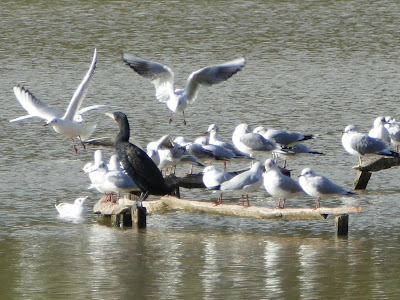 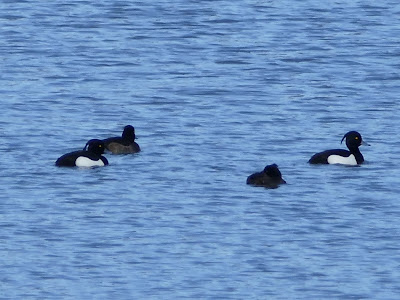 Tufted ducks numbered perhaps twenty or so and a couple of Great-crested grebes, below, were around too. 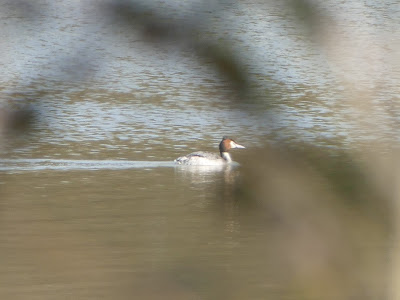 Unusually no herons were seen and a drumming woodpecker flew off before I could get a picture.
A large herd of Roe deer were in an adjacent meadow. 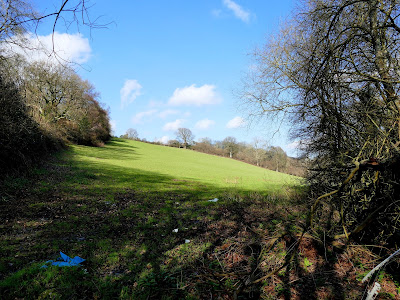 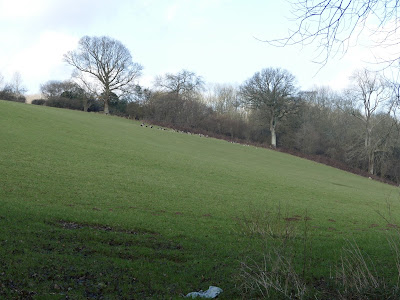 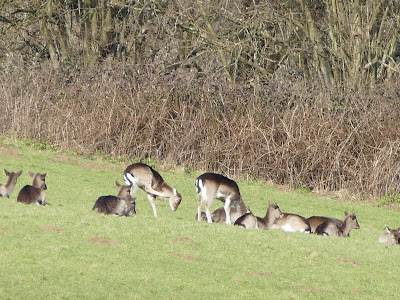 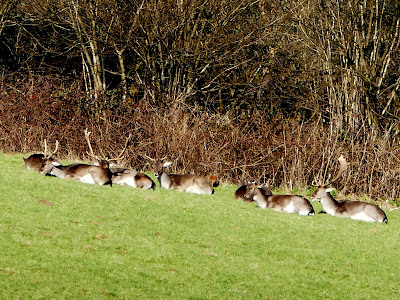 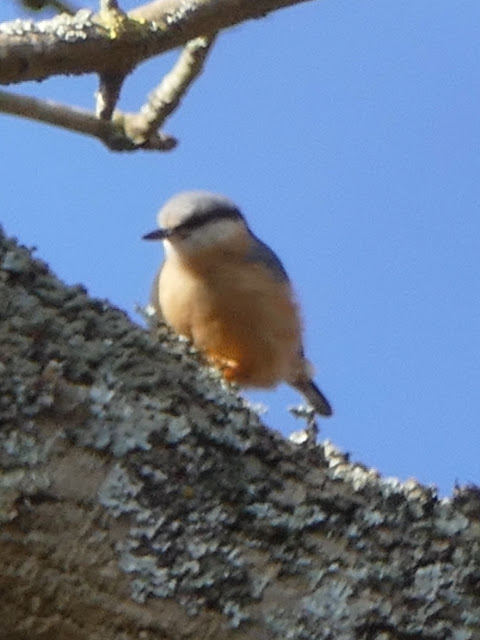 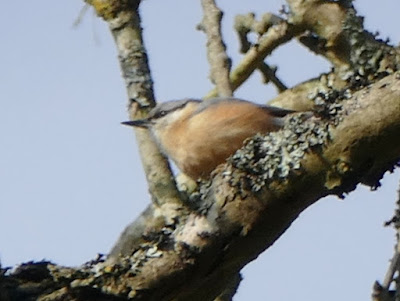 Greenfinch calling from the top of an oak tree in an adjacent garden. 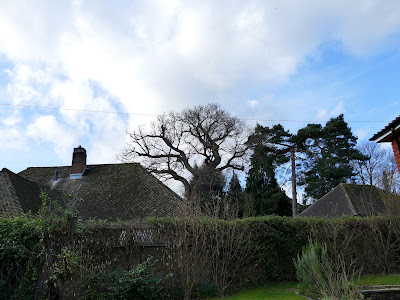 A  lone greenfinch has been calling from the top of an oak tree for many days. 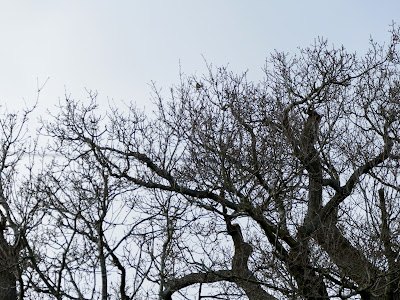 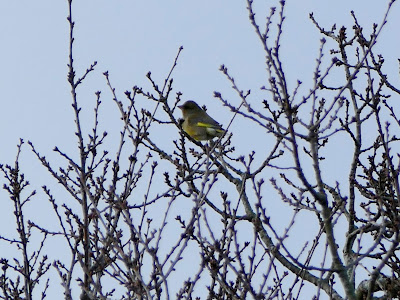 This new camera is great fun to use: including a video function below to record its song.
Click on any picture to expand it. 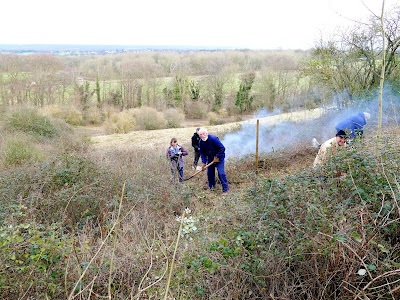 The Friends of Wolstonbury Hill were clearing scrub and an ash grove on the hill last week when a toad appeared. 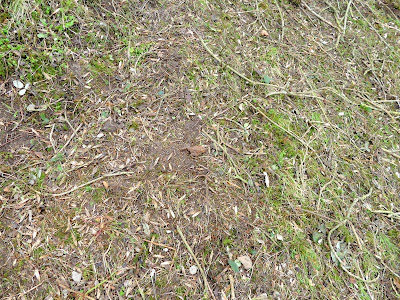 Common Toads are amphibians, breeding in ponds during the spring and spending much of the rest of the year feeding on dry land in woodland, gardens, hedgerows and tussocky grassland. Common Toads breed in larger, deeper ponds than Common Frogs. They are famous for their mass migrations back to their breeding ponds on the first warm, damp evenings of the year, often around St. Valentine's Day.  Source: http://www.wildlifetrusts.org/species/common-toad 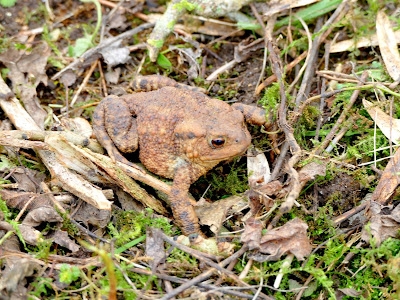 This one is a bit early due to the warm weather and our disturbance perhaps.  It was placed out of harms way under a newly created log pile.  Curious though that this one was half way up the South Downs.   Perhaps it just loves the views and the plants as we all do.  It has a bit of a walk to the nearest deep pond though.
Posted by Sussexrambler No comments: 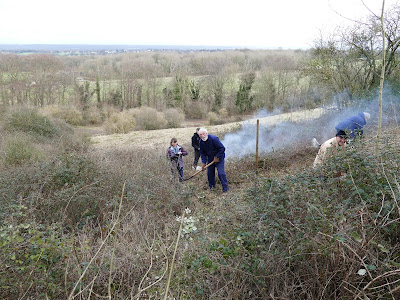 Visit http://www.wolstonbury.com/ to appreciate this beautiful hill, which needs to be maintained by cattle, sheep and human volunteers.  Here you can see what fun it can be to clear brambles, briers, ash and other seedlings and have a really hot bonfire.  Tea, coffee and biscuits also provided

See also https://www.facebook.com/peter.lovett.18 for video of this fun and exhausting day.  It is a most satisfying sense of exhaustion knowing that we just might have created yet another site for fabulous native orchids in the years to come. 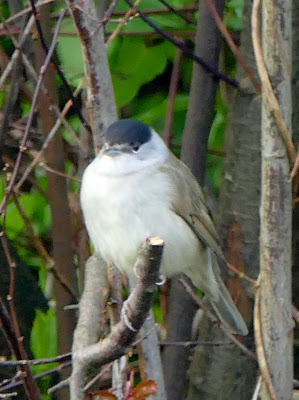 The Blackcap is distinctive greyish warbler, the male has a black cap, and the female a chestnut one. Its delightful fluting song has earned it the name 'northern nightingale'. Although primarily a summer visitor birds from Germany and north-east Europe are increasingly spending the winter in the UK:
source http://www.rspb.org.uk/discoverandenjoynature/discoverandlearn/birdguide/name/b/blackcap/index.aspx 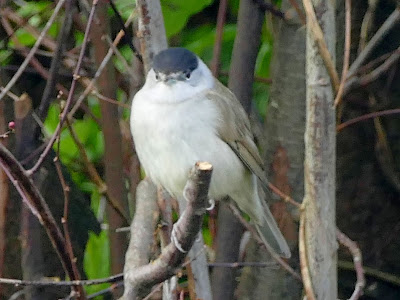 Although not the sharpest photo's, they were shot through two dirty panes of glass below. 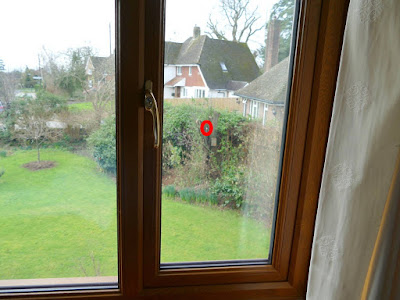 When the window was cautiously opened, the bird flew away.  It was pleasing therefore to get some, albeit imperfect shots through the window.  Click on any picture to expand it.
Posted by Sussexrambler No comments: