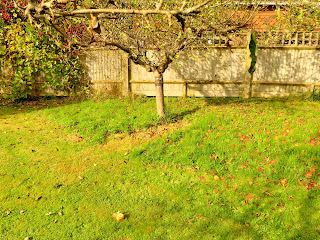 Underneath this apple tree a strip of long grass was mown some days ago, slicing fallen apples in the process. 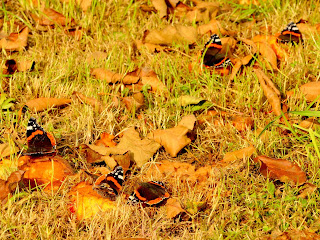 This morning six red admiral butterflies were gorging on the rotting apples.  They could fly alright, unlike a couple of hornets some days ago which definitely seemed to be too drunk to fly off easily. 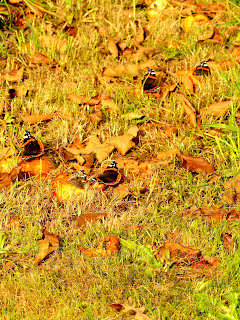 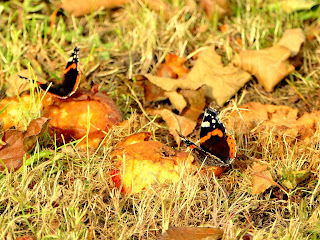 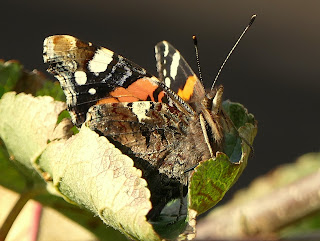 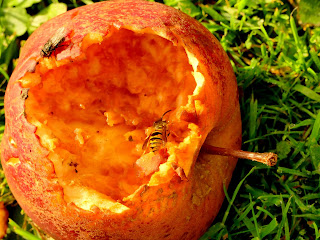 This Queen Common wasp, Vespula vulgaris was tucking in too and I did not disturb her or the fly. 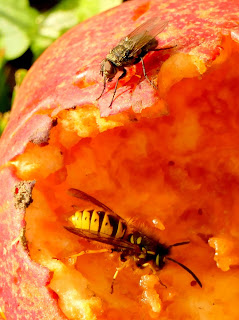 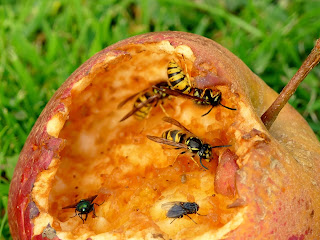 Later in the afternoon there were three queens injesting reserves for hibernation.
Posted by Sussexrambler No comments:

Strange darkness and eerie red light over Cuckfield this afternoon at 15.00hr 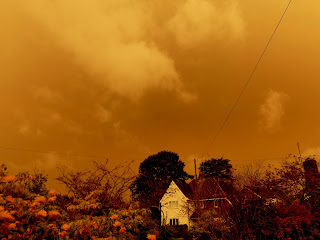 There was a strange darkness and eerie red light over Cuckfield this afternoon at 15.00hr.  Sunset is not due untill 18.07hr.  It is like night already now.  Click on any picture to enlarge it. 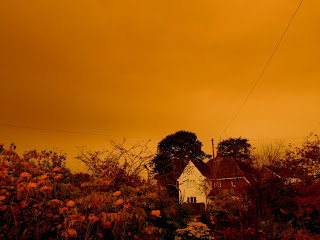 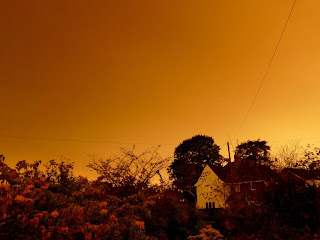 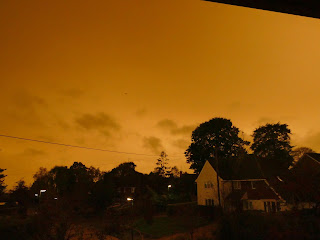 It was so dark that with a fast ISO3200 camera setting and F8.0, the shutter speed was a slow 1/25 second pointing directly at the sky.  The street lights came on but were off at 15.40hr. 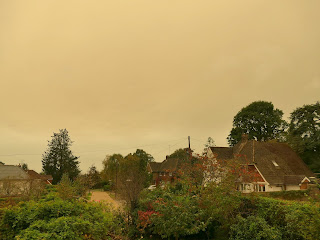 Then at 16.12hr above, it was daylight again with a cloudy grey sky after a very strange experience.
Posted by Sussexrambler No comments: 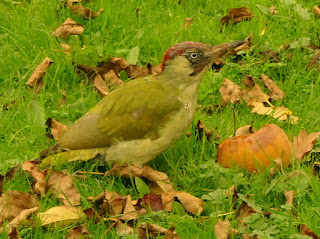 It is always a joy to see woodpeckers in the garden -- except Greater spotted ones breaking into nest boxes.  Mine are now lined with clay roof tiles to save great tit fledglings!
Perhaps there were ants in the apple.  I went to check and found none; only fruit flies.
The woodpecker returned within minutes of my disturbing it and continued to eat the apple. 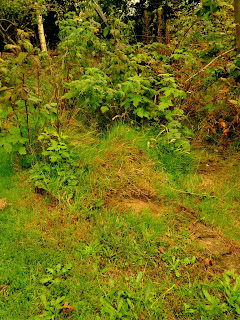 There are a few yellow ant hills in the garden, left just for green woodpeckers but this fine bird preferred fermenting Egremont Russet apples this morning.  Some days ago hornets appeared to get drunk and incapable feasting on apples in the tree.
UPDATE: twenty minutes later. 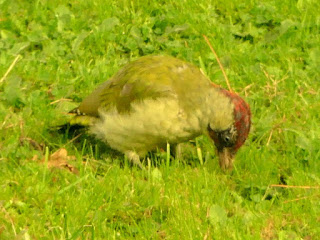 Enough of apples... ants really are preferred it seems.  And there are plenty of those in my wild flower lawn. 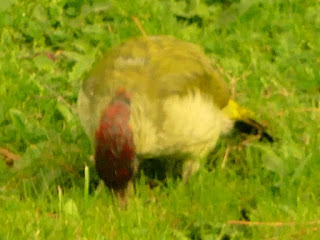 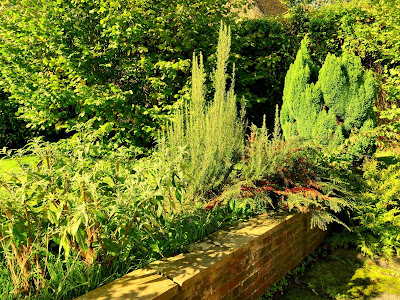 Blue tits were tucking in to these Cotoneaster berries today. 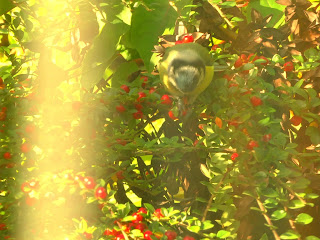 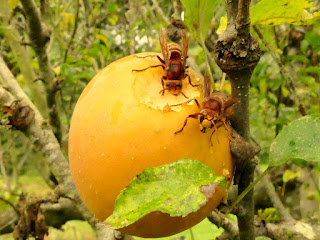 There were two European hornets, Vespa crabro, also know as Giant hornets in my garden today, feasting on an Egremont russet apple.
Considered less aggressive than many more frequently encountered wasp species. they generally only sting in defence of their nest or when something picks them up.
Like other smaller wasps, hornet nest lasts only a year: young queens hibernate and survive the winter. Drones die after mating and the workers and the old queen die off in late autumn. 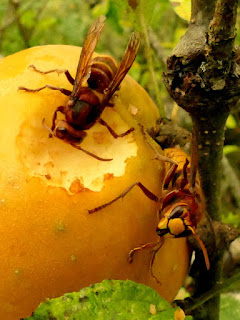 These could be young queens fattening up on sweet apples to survive the winter in hibernation. 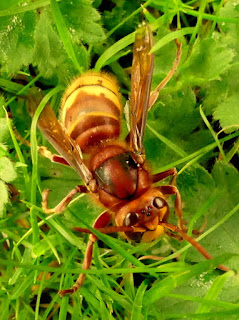 I imagine that the apple is fermenting as they both fell off clumsily and fell to the ground.  They were unable to fly for a minute or two: they tried but fell, drunken-like back to the grass. 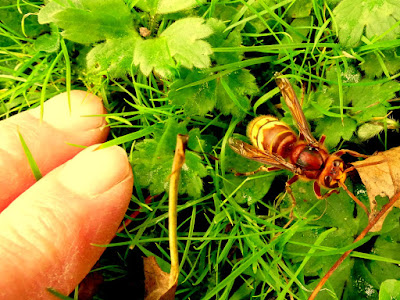 They were big.  Look at them in relation to my fingers.
Hornets prey on other insects for their protein.  Although at this time of year they seem to enjoy sugary fruit more.  They damage apples and pears in my garden but the damage is restricted to just a few fruits.
Click on any picture to enlarge it.