Lots of egg laying in the pond today: Emperor Dragonfly and a frenzy of Azure Blue Damselflies, plus other insects in my wildlife friendly garden. 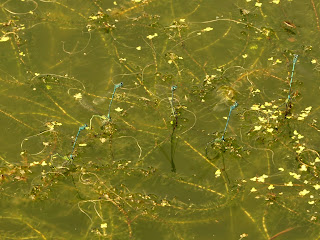 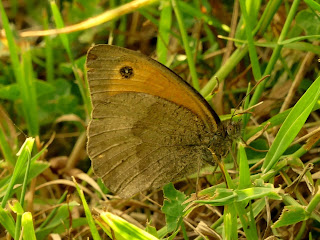 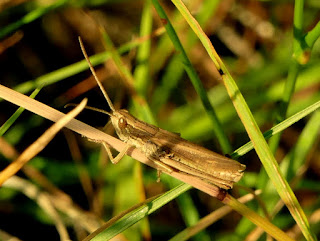 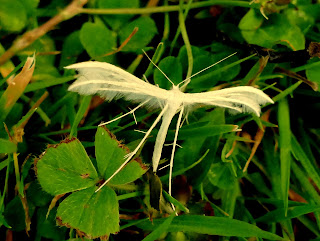 As I was pulling convolvulus from my raspberry canes, a White Plume Moth, Pterophorus pentadactyla flew out.  Convolvulous is its food plant. 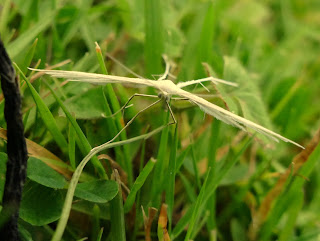 It posed obligingly for photo's 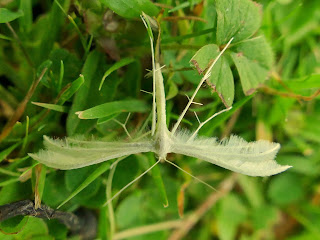 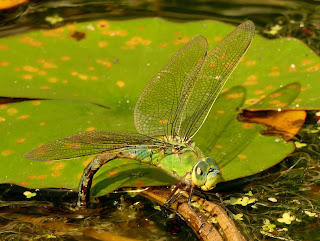 click on pictures to expand them.
Buff-tailed bumblebee workers were buzy in and out of their nest by my front door.  And several queens were observed this morning and afternoon.

And to think that garden centers sell chemicals to kill such useful insects.  Why?