Some spider species on Wolstonbury Hill, the Sussex Downs 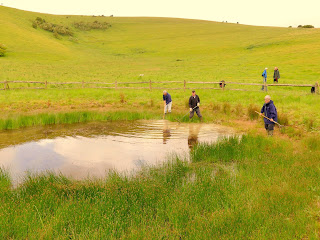 The "Friends of Wolstonbury" [ www.wolstonbury.com ] were busy yesterday clearing out excess vegetation from the dew pond under the direction of National Trust Ranger, Mike Botterill.  If not done, the pond would eventually clog up and revert to a damp woodland. 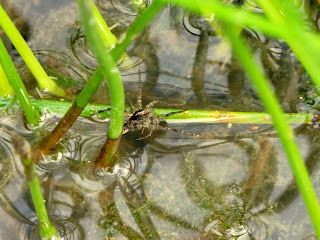 Three spider species were observed.  This one, which was running around on the water amongst the vegetation looks like Argyroneta aquatica, the Water spider but since it was not observed to dive under water can't be confirmed. 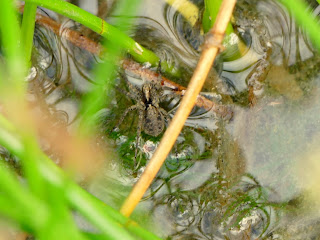 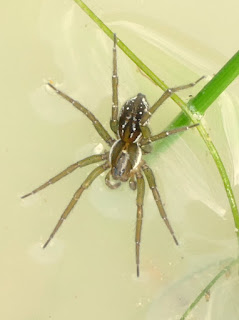 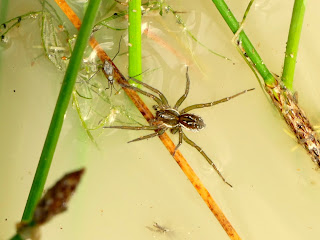 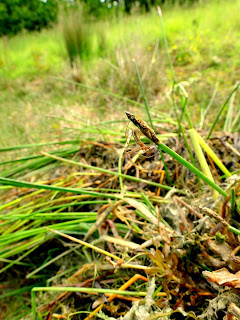 Clinging to the top of a stem and with some prey, this resembles Pisaura mirabilis, the Nurseryweb spider with a prey insect. 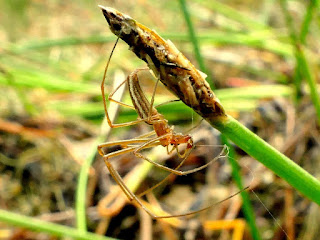 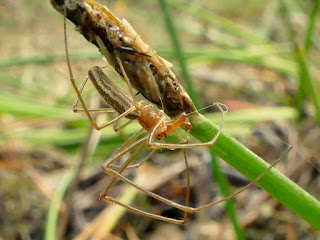 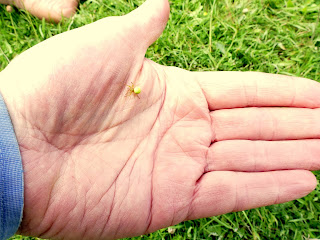 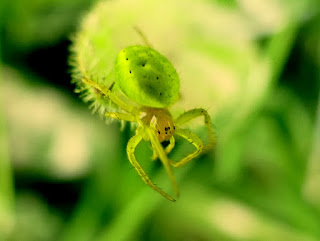 Then a tiny Araniella sp. cucumber spider was spotted by Mike, during lunch.

If you are interested in fun and exercise on this beautiful hill, new volunteers are very welcomed of all ages.  Contact details are at http://www.wolstonbury.com/contact_us.htm
Click on the pictures to expand them.