William's walk lead us down some ancient green ways crossing between communities, then taking a path past Great Ote Hall and Antye Farm, west over the railway and through the Bedelands Nature Reserve, returning via Clearwaters Farm and, crossing another ancient track, back through the Lunces Hall area into the old village of Wivelsfield again.

It was the first day of April and really brings us into spring. William's notes stated that " we shall see the signs of it everywhere. Look out for Primroses, Cuckooflower or ‘Ladies Smock’ and the Cuckoo Pint or ‘Lords and Ladies’ and of course Bluebells, Violets, Wood Anemones and Lesser Celandines. The trees will be breaking bud and the Blackthorn will be in flower, a mass of dainty white flowers on the very spiky stems. Listen out for the birds too; the residents such as Blackbird, Robin and Chaffinch, and then summer migrants like the ChiffChaff one of the earliest to arrive."

We were not disappointed. Prof. William identified all of these birds' songs plus long tailed tits.

"Bedelands Nature Reserve was formerly a farm which is now owned by the Mid Sussex District Council. The Nature Reserve consists of ancient meadows, woodland, hedgerows and ponds, covering 80 acres. During the past couple of years the Friends have been surveying the wildlife and keeping records of all the flora and fauna in preparation for publishing a book entitled ‘The Bedelands Story’."

We crossed back through the old Manor of Lunces, the name of which survives in Lunces Hall and Lunce’s Common, the name coming from an original owner Osbert de Luns and dated from the 13th century the drive from Lunces Hall lead us back to the village and the car park. 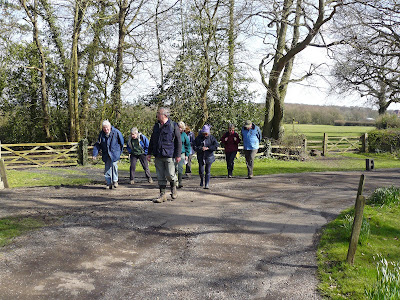 Passing the entrance to the 16th century Great Ote Hall. 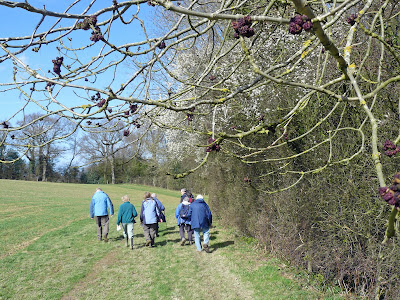 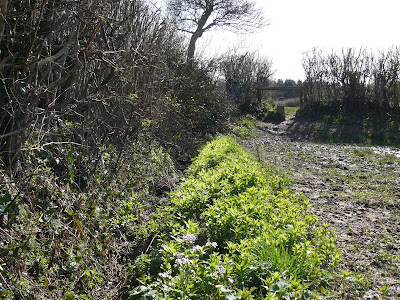 Below and above, Cookoo flower or "Ladies smock" in flower in the ditch. 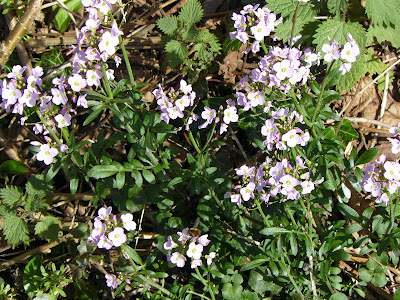 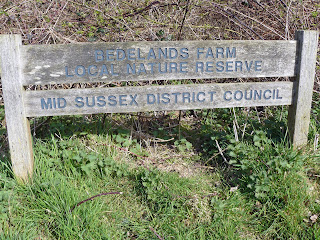 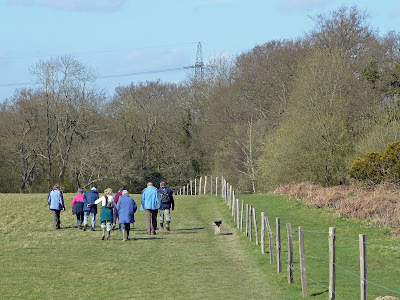 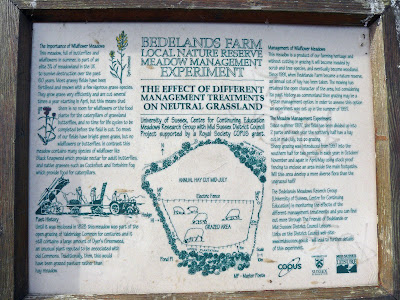 Click on any picture to expand -- especially this panorama. 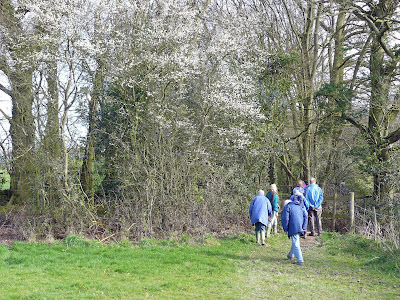 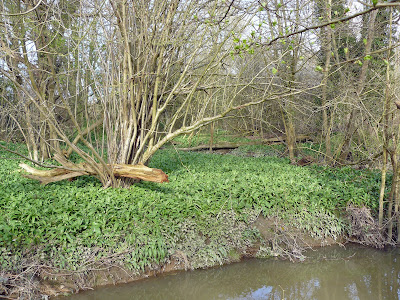 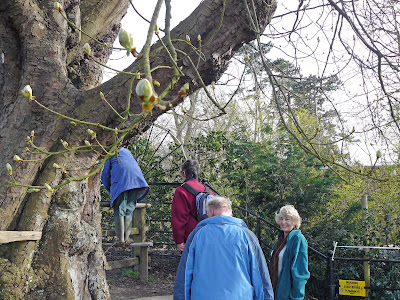 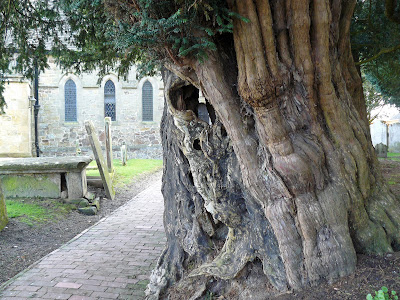