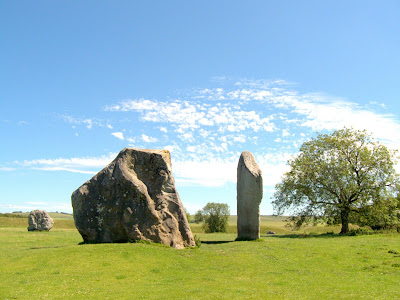 This walk is impressive; giving insight to our ancient past, starting from the the car park at Avebury.http://www.nationaltrust.org.uk/main/w-avebury 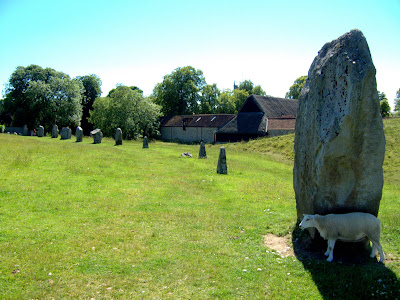 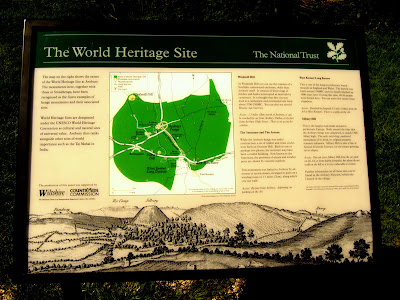 Click to expand the above, or any other picture. 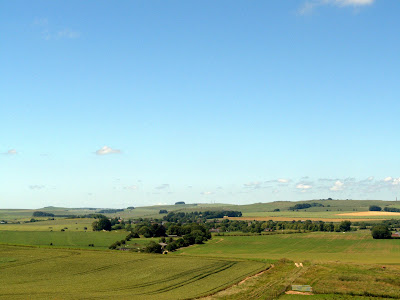 Leaving Avebury on the Wessex Ridgeway are fine views of the stone circle; from right to left in the diagram below. 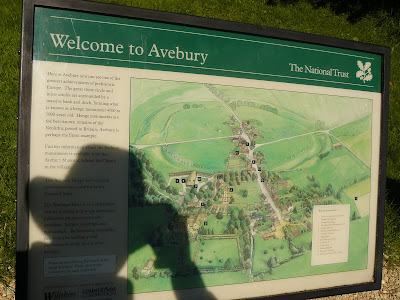 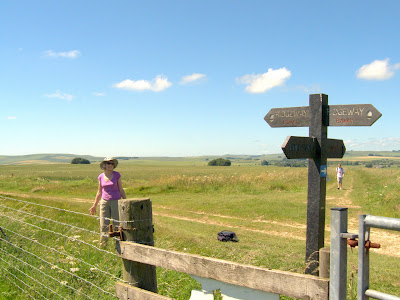 Up on the Ridgeway most of the New age travellers had left after the summer solstice. 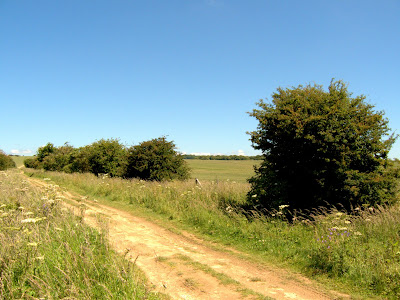 The view from the Ridgeway above to Overton Down.
A feature of Fyfield Down and neighbouring Overton Down are the sarsen stones that litter this intriguing chalk limestone landscape. Sarsens are natural deposits of extremely hard siliceous sandstone that derive from Tertiary deposits, later eroded and moved by glaciation some 25 million years ago. Although found elsewhere, they are not on the scale seen in the Marlborough district. Sarsens are also known as 'druid stones' or 'grey wethers', the latter due to their resemblance at a distance to a flock of sheep, the word 'wether' coming from the Old English for sheep.
Source; http://www.theaa.com/walks/sarsen-stones-on-fyfield-down-421202 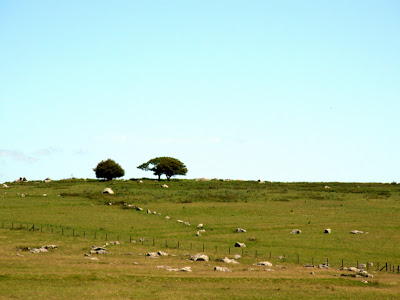 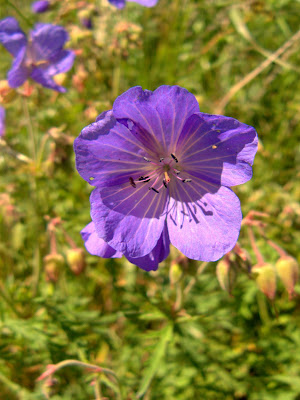 Meadow Crane's-bill were flowering in the hedgerows. 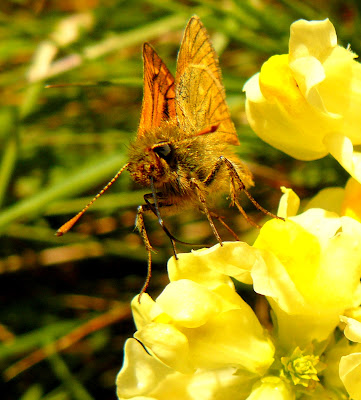 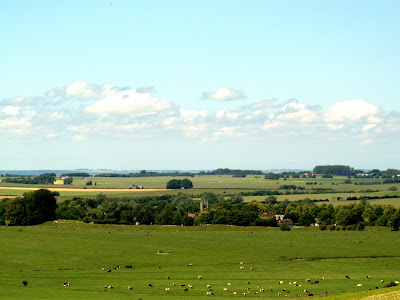 A zoomed view of the Avebury circle from the Ridgeway. 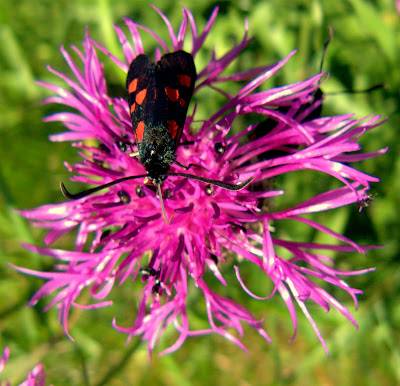 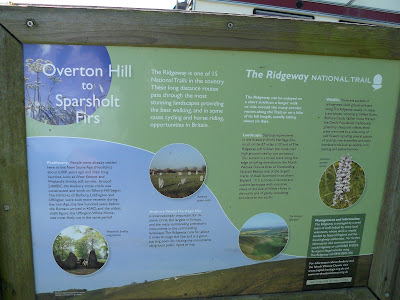 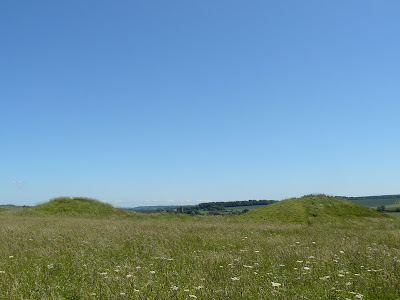 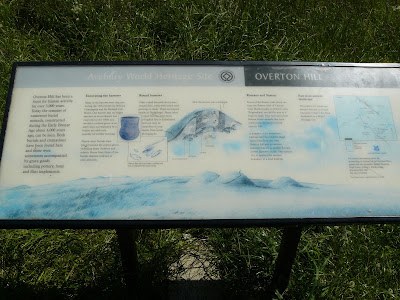 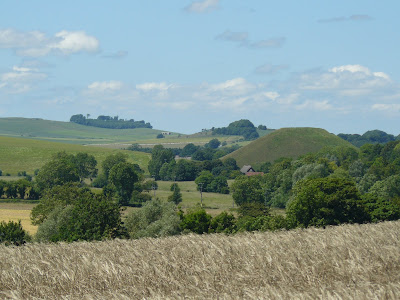 Silbury Hill from the Ridgeway.
The largest man-made mound in Europe, mysterious Silbury Hill compares in height and volume to the roughly contemporary Egyptian pyramids. Probably completed in around 2400 BC, it apparently contains no burial. Though clearly important in itself, its purpose and significance remain unknown. There is no access to the hill itself.
Source; http://www.english-heritage.org.uk/daysout/properties/silbury-hill/

The weather was scorching hot and we went to the churchyard in East Kennet to seek shade and a bench.  No benches.  But there was shade under an ugly Cyprus tree and a cool wall to sit on. 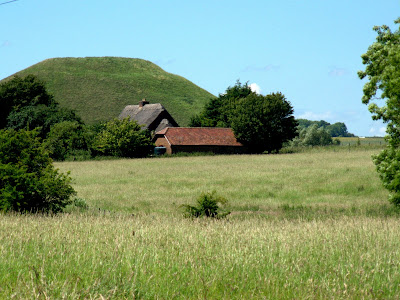 Leaving East Kennet via the bridle path from the church we headed to the Long Barrow, with views of Silbury on the way. 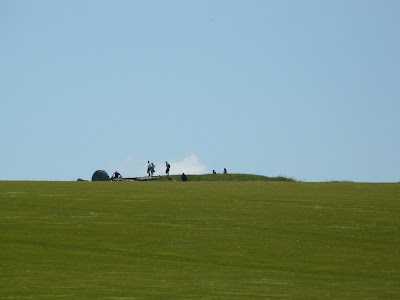 West Kennet Long Barrow sits on top of  a hill.
It is one of the largest, most impressive and most accessible Neolithic chambered tombs in Britain. Built in around 3650 BC, it was used for a short time as a burial chamber, nearly 50 people being buried here before the chambers were blocked. Part of the Avebury World Heritage Site.
Source;http://www.english-heritage.org.uk/daysout/properties/west-kennet-long-barrow/ 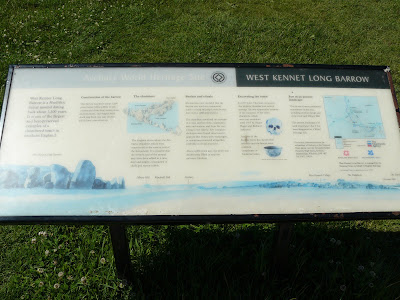 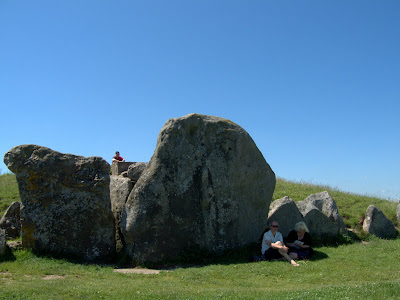 You can enter the tombs around the back of these stones. 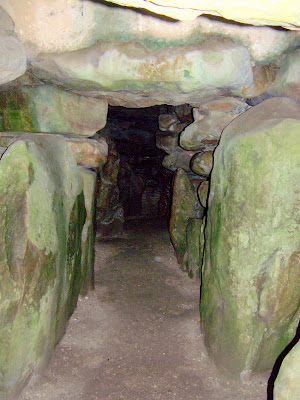 The temperature drops inside the burial chambers and the rocks dripped with condensation on this hot, humid day. 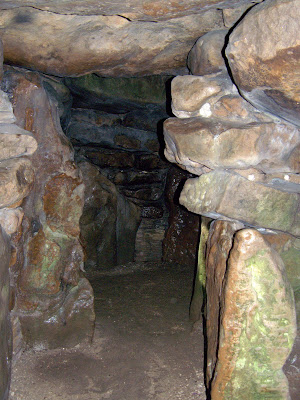 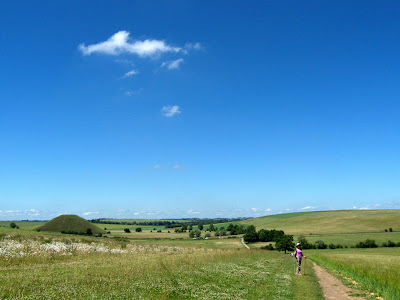 Gloria was pleased to have made it to the top of this detour to the Barrow and to enjoy the views to Silbury Hill. 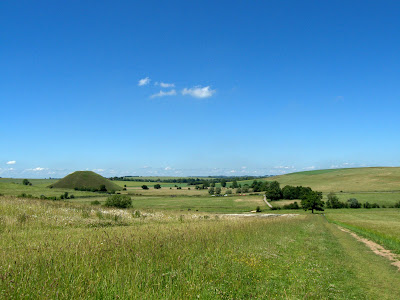 From here it is just a few miles back to Avebury.
Perhaps this blog entry may encourage you to do this walk.  It is worth the effort of getting there.
Posted by Sussexrambler