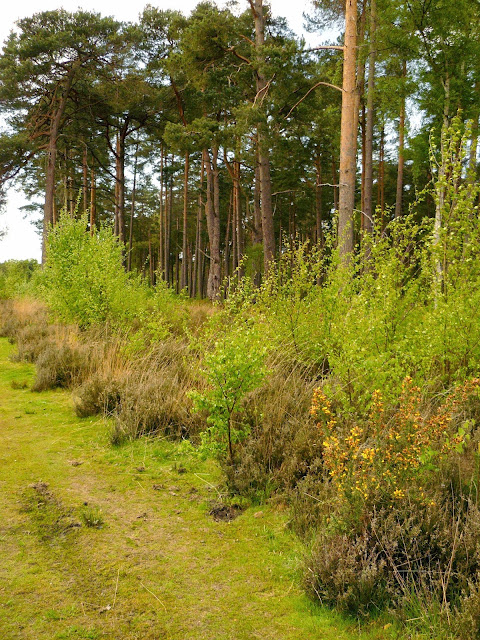 This is a rare heathland habitat of heather, Scots pine and birch.  Mainly sandy, it is in places wet, boggy and mossy. 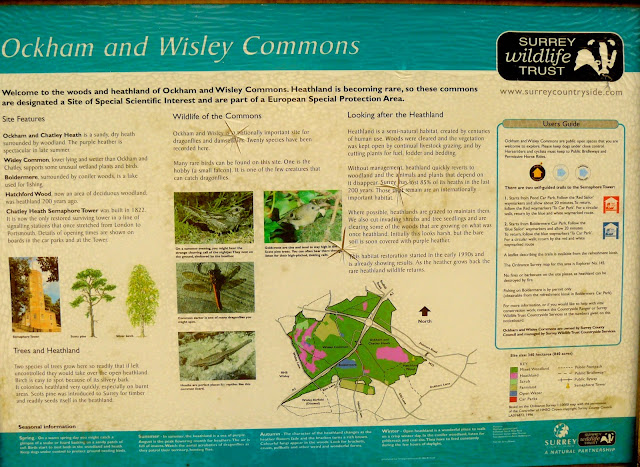 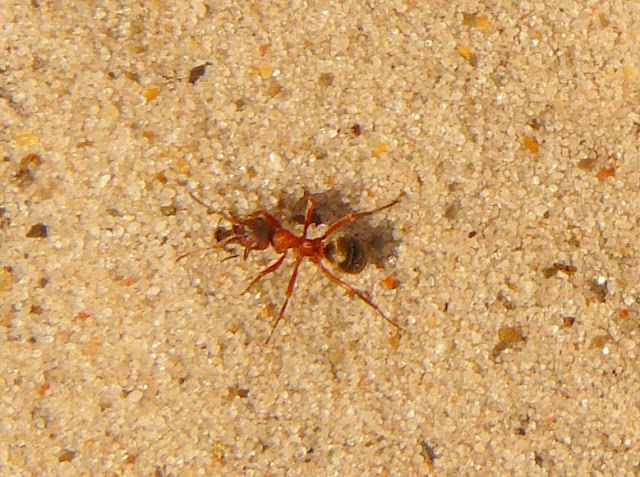 On a sandy path there were several ants scurrying around, which I assumed were Wood ants Formica rufa.

Examining the photo' they seem however, to be Formica sanguinea, which according to Michael Chinery's "Collins Complete Guide to British Insects" ISBN : 978-0-00-729899-0 is "a rather rare ant [which] resembles the Wood Ant but its thorax is a brighter red and the legs are also much redder.  The species is best known for its "slave raids" during which the workers invade the nests of related species and take away the pupae.  The latter are installed in the sanguinea" nests, and when the adults emerge they work for their new mistresses.  The nests are usually established in tree stumps in open woodland or on heathland."  This is exactly what Ockham Common is like! 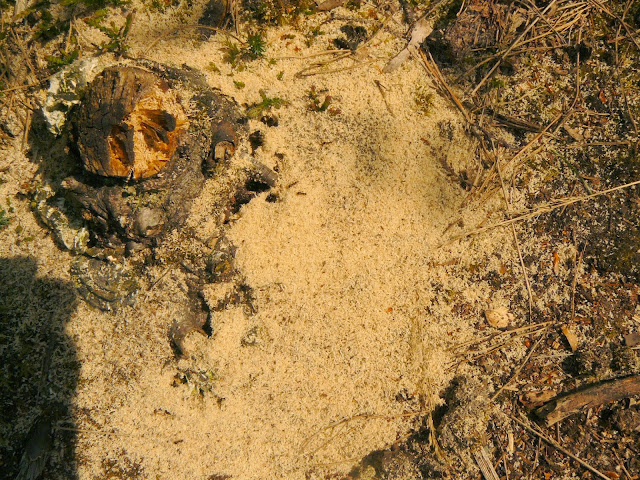 Black Garden Ants, Lasius niger, above and below, are tiny by comparison. 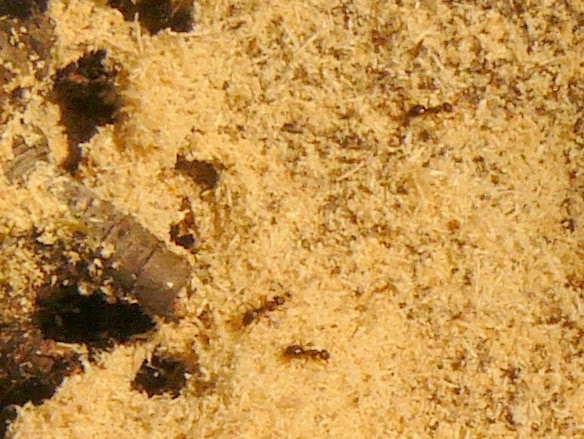 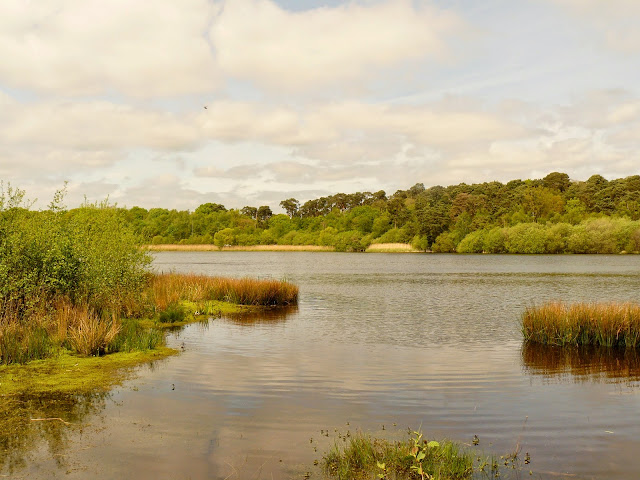 The goal for today was to photograph Damselflies and Dragonflies, which was not achieved. 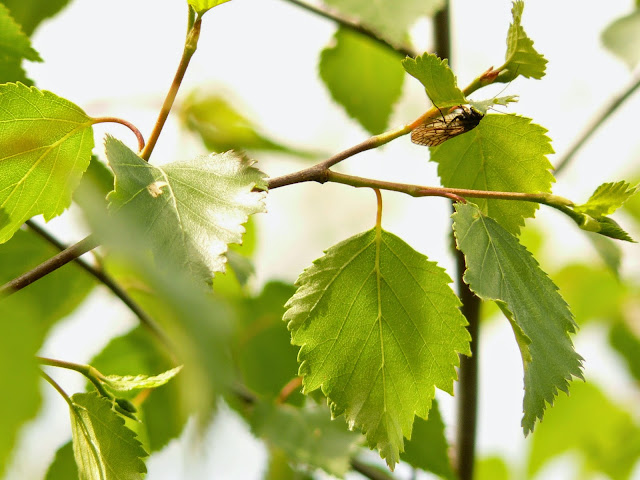 The other insect life was fascinating none the less.  This fly looks like a Caddis fly. 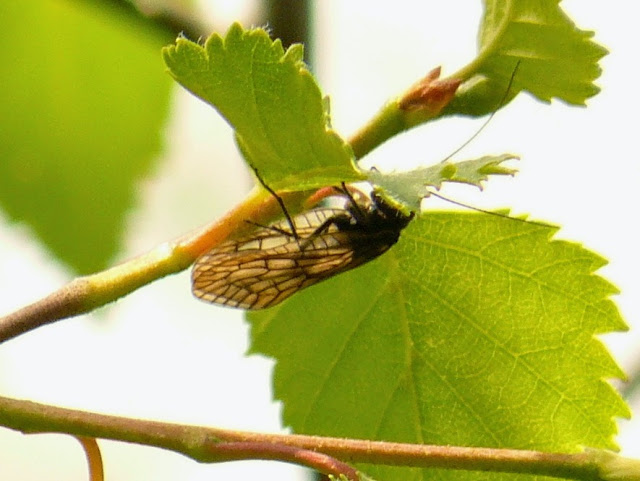 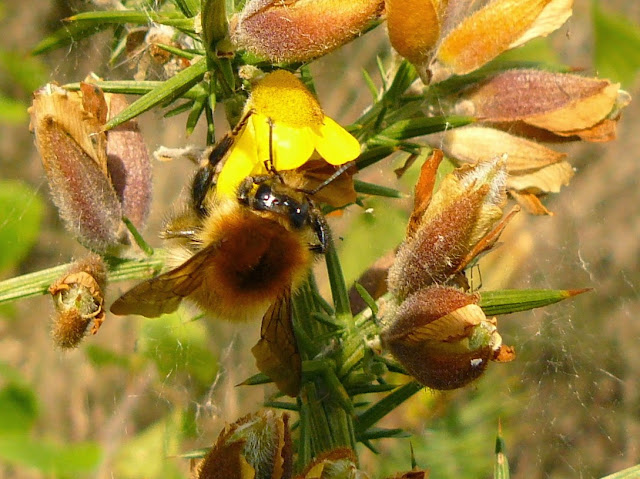 And this bee, feeding on gorse flowers is difficult to identify from this angle. 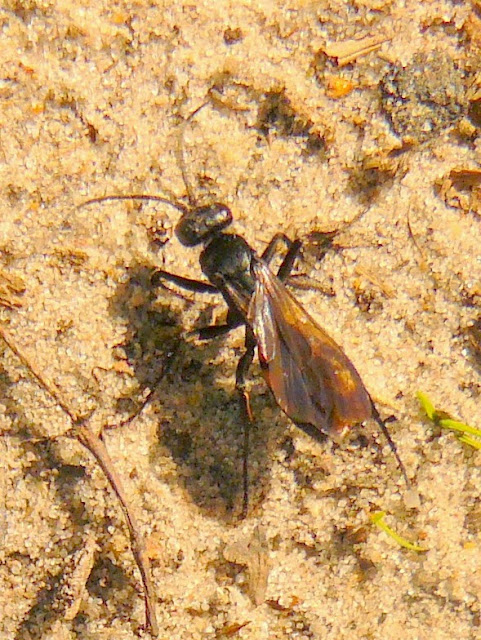 Another interesting fly above.  Can anyone suggest what it may be?
Posted by Sussexrambler

Common Carder bee and one of the saw flies.
Thank you for a very interesting blog.

Many thanks Adrian and happy travelling. Peter

There are over 500 saw flies so ID is almost impossible unless you have a doctorate in wasps and their ilk. tHis is a common one but oft ignored.