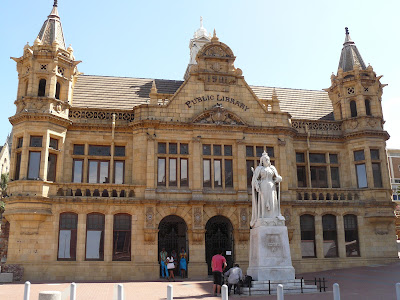 Port Elizabeth, named after the wife of a former governor, retains its British heritage. 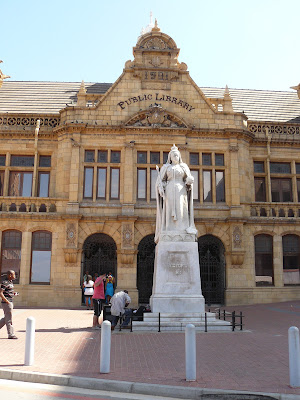 It is a bit like Birmingham-by-the-sea, with car manufacturing plants and heavy industry feeding the busy port. 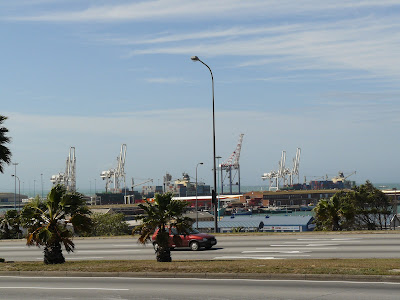 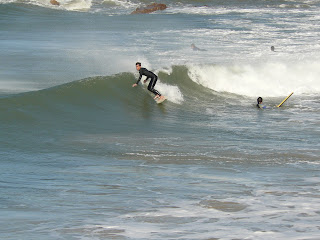 The surf is magnificent too. 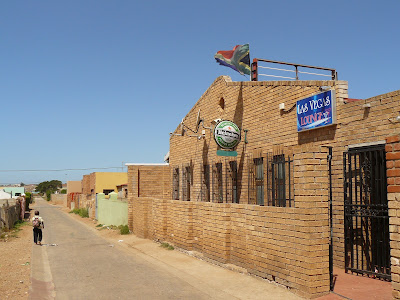 A lasting impression was the South End Museum, documenting the abuses of the Apartheid era and a visit to a township pub. 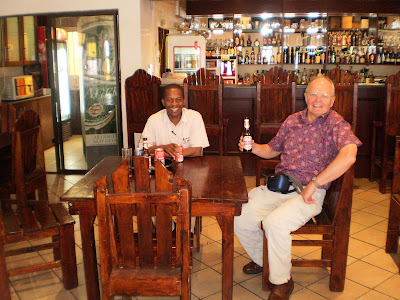 Here I am enjoying a couple of local Castle beers with Nelson Sebezela, our guide from Calabash Tours: Born and raised in Kwazakhele Township, Port Elizabeth. Nelson is a remarkable young man who has been studying towards his law degree while working with Calabash Tours. He was brought up in this township, after his parents (who were black) were forcibly removed from the home that they owned, with no compensation and given a bare plot in the township with just an outside toilet.  His parents' home was given to "coloureds", who were allowed to live where his parents were not!  And that despite owning their home and then forced to pay rent for a bare plot. 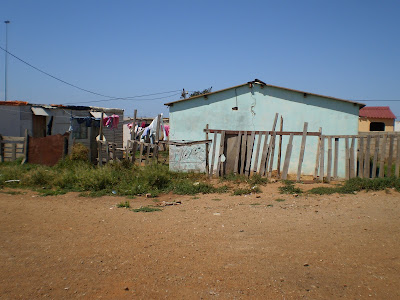 Houses in the township have mains services and vary in their degree of affluence. Despite their poverty the people remain happy, as you can see from the creche below, housed in a modified metal container. 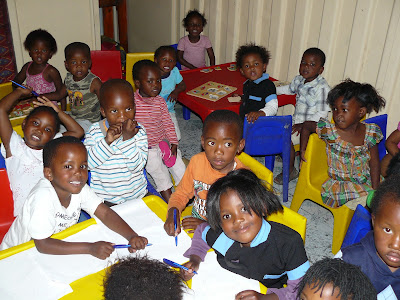 Tourism to this township brings revenues to the local community, including this school, which was a delight to visit.
Posted by Sussexrambler