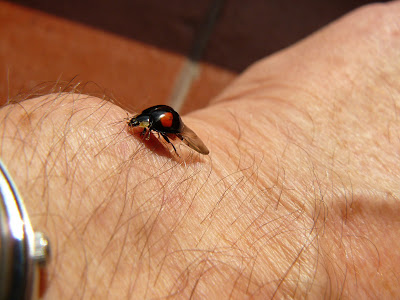 This ladybird came indoors with my washing from the washing line.  Click to enlarge the picture.
It looks like Scymus frontalis, which occurs in south and central England flying from May to July, according to "Insects of Britain and Western Europe" by Michael Chinery.  So clearly, this one is flying late in the year.  It was a warm day today and sunny. 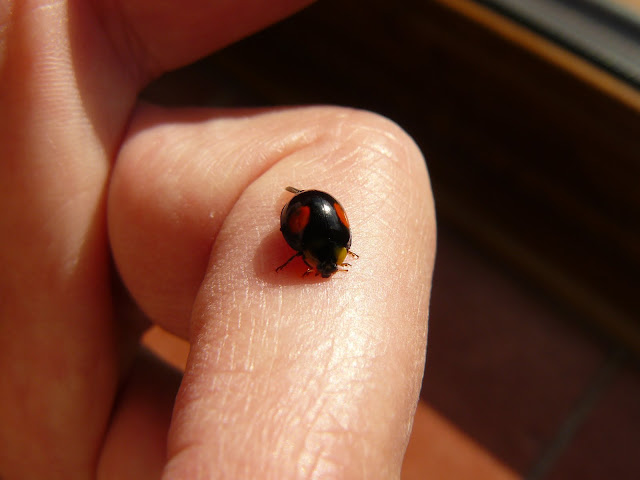 It is smaller than the more common ladybirds.  Pretty isn't it - at least to another Scymus frontalis.
Posted by Sussexrambler