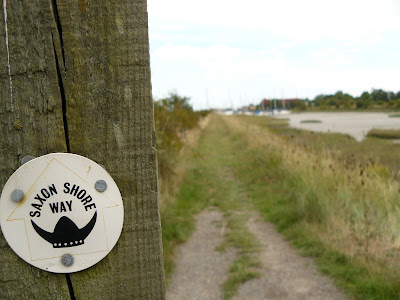 A stroll around Oare marshes is awesome if you like birds.  From Oare we took the footpath along the estuary to the marshes.  On the way were some birds. 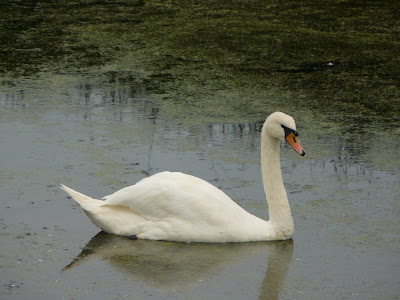 A serene mute swan watched us pass by. 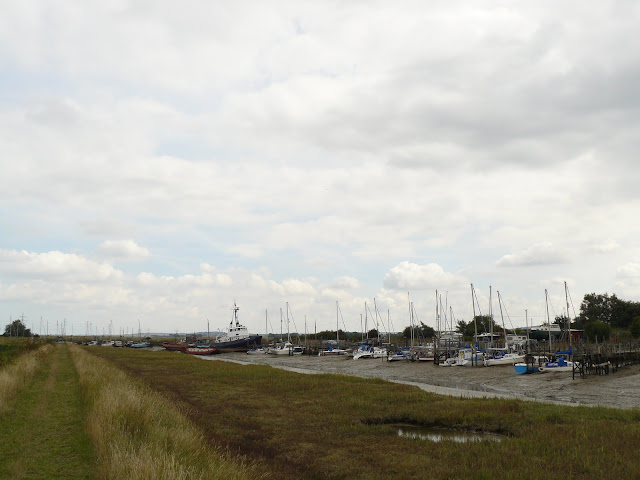 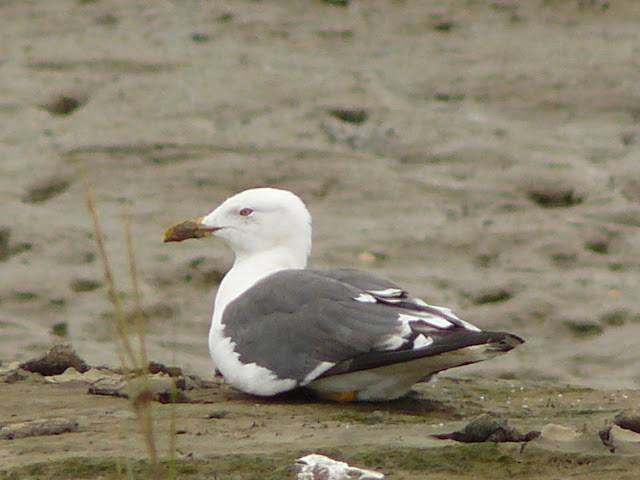 A common gull with muddy beak. 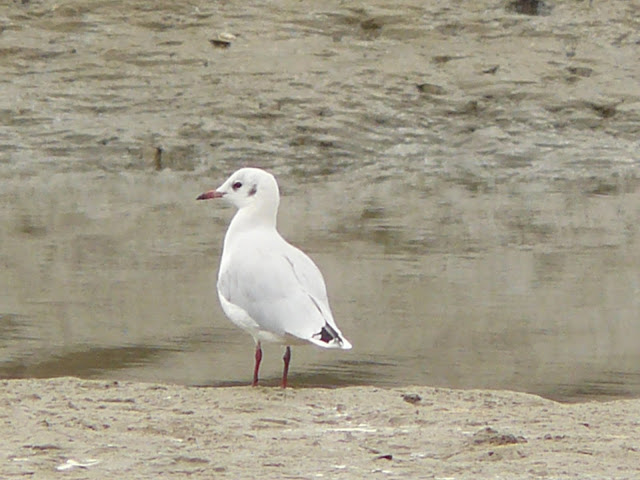 The Black-headed Gull is the smallest of the abundant gulls of Britain, whose dark hood reduces to a spot behind the eye in autumn and winter.  The UK breeding population of 200,000 pairs increases in winter to 3,000,000 individuals. 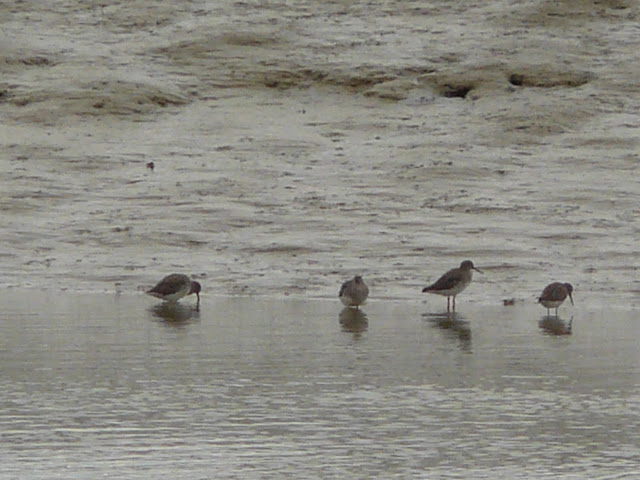 A few Redshanks were to become flocks of hundreds within a few hundred yards. 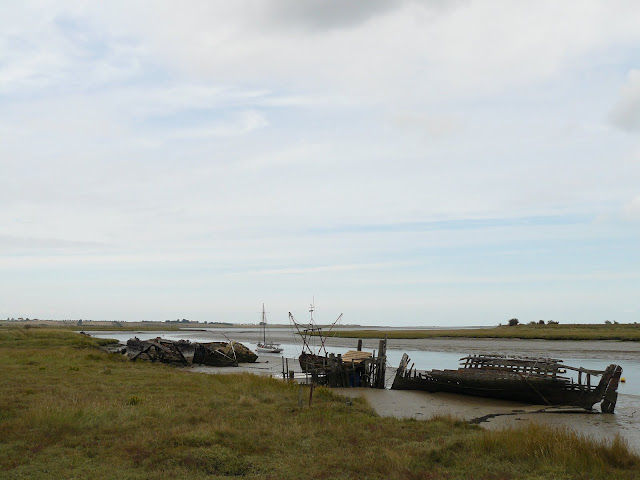 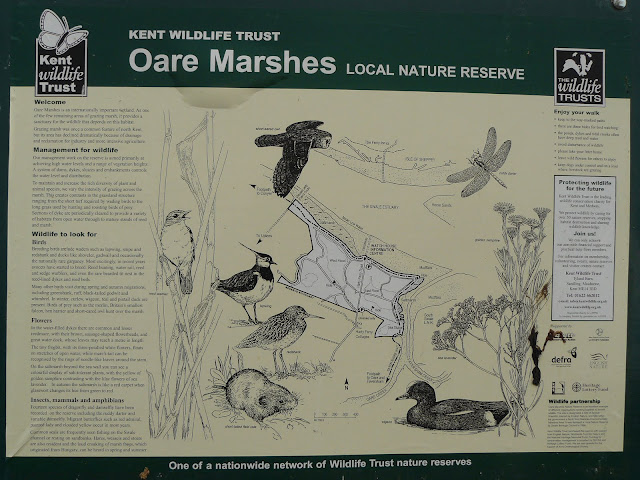 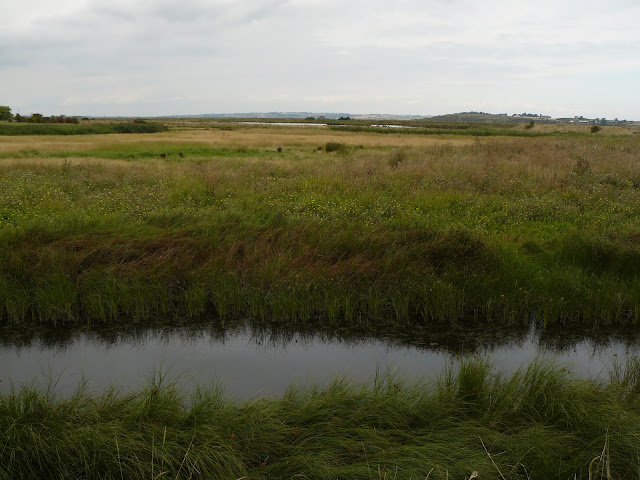 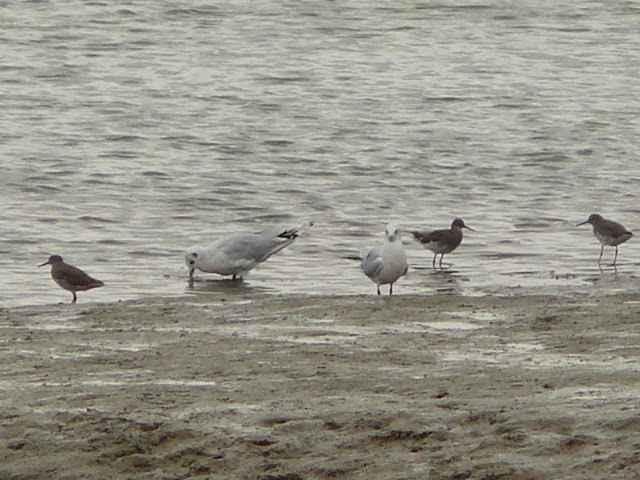 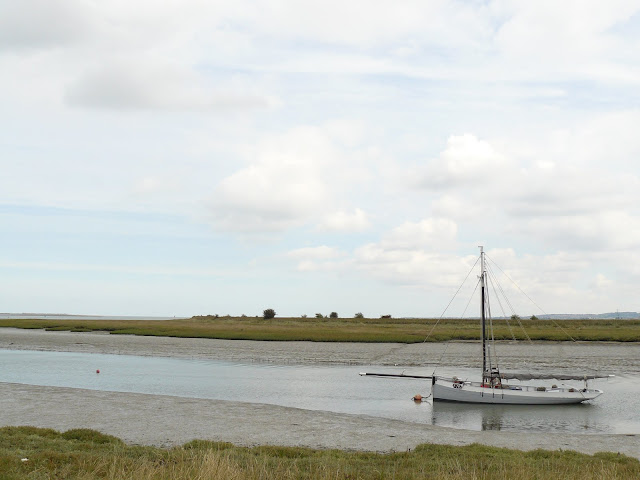 The estuary near to its joining The Swale, the seaway which separates the Isle of Sheppey from the mainland. 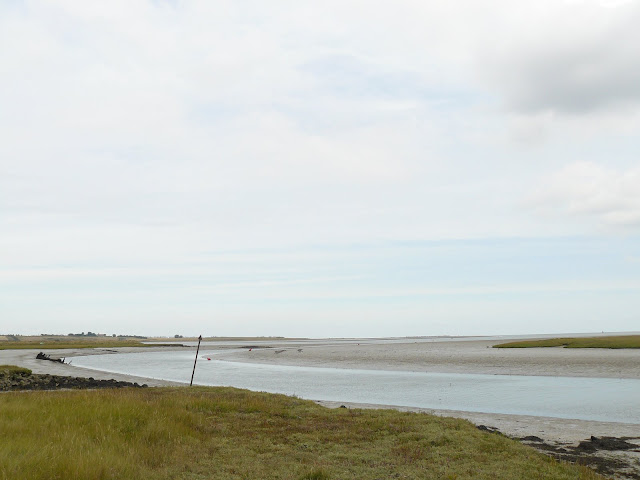 The land in the middle distance is the easternmost point of the Isle of Sheppey, where seals were basking on the beach.  They were discernible with a telescope or a camera zoom lens. 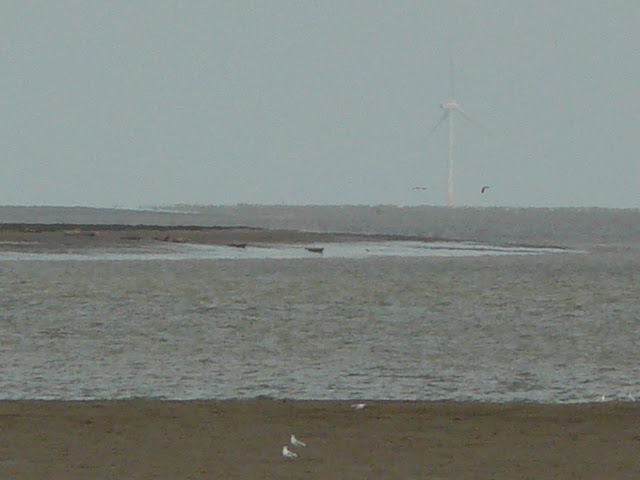 Seals on the Isle of Sheppey.  You can also see one of the giant windmills of the Thames array. 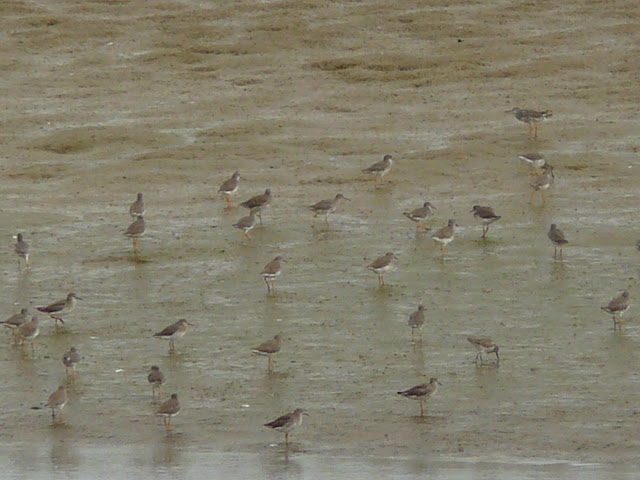 On the opposite bank of the estuary were serious numbers of Redshanks. 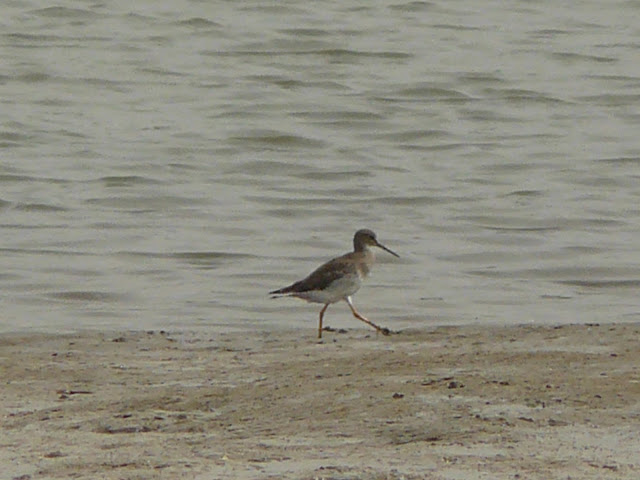 Here is one striding out on our side. 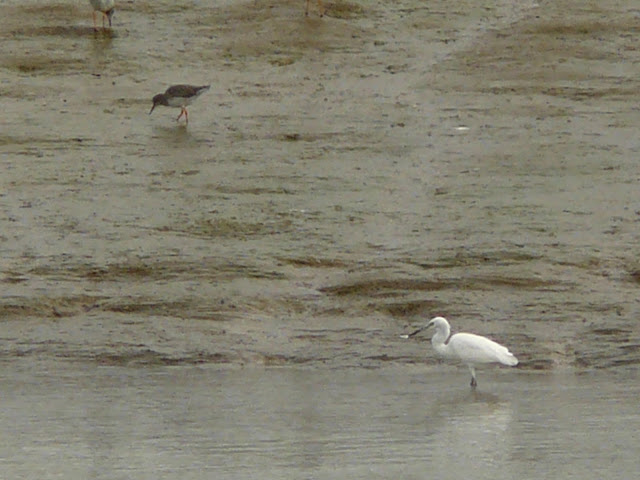 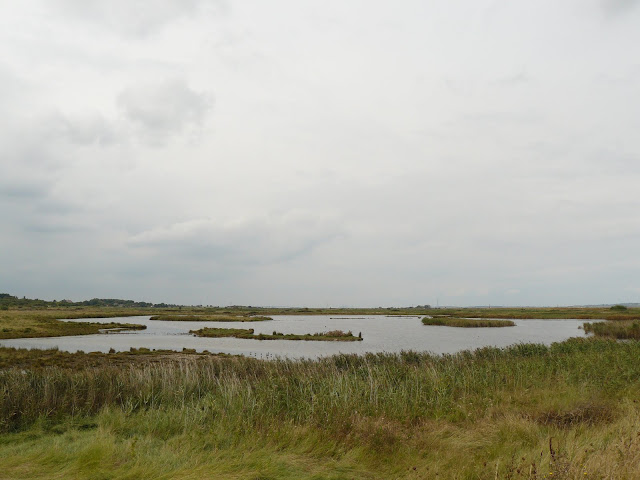 The marshes, adjacent to the estuary. 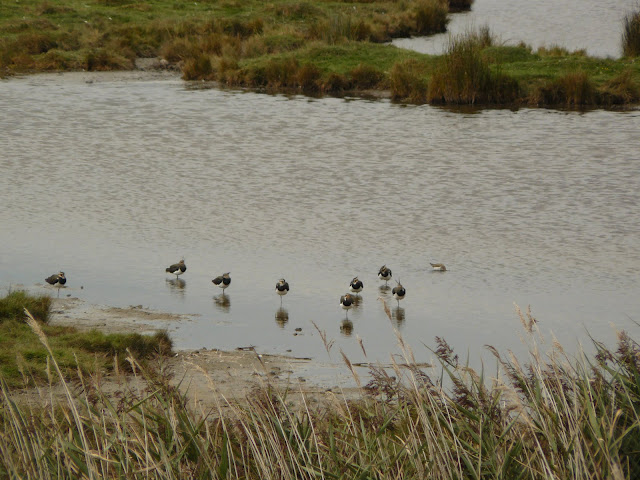 In the marshes were scores of Lapwings. 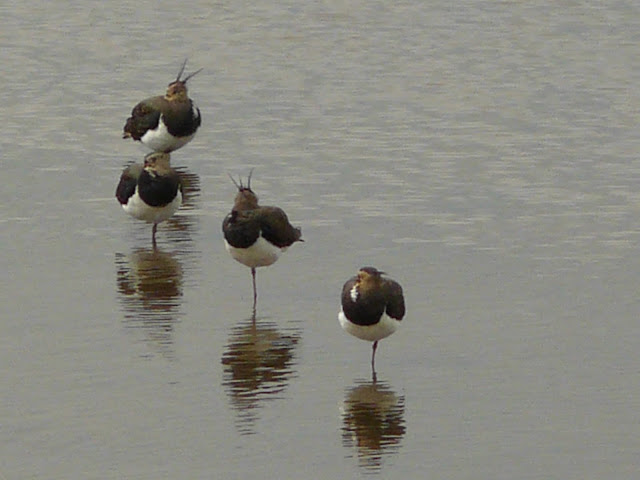 Look at us!  We can stand on one leg for ages... and twist our heads to look backwards to escape the wind and conserve energy! 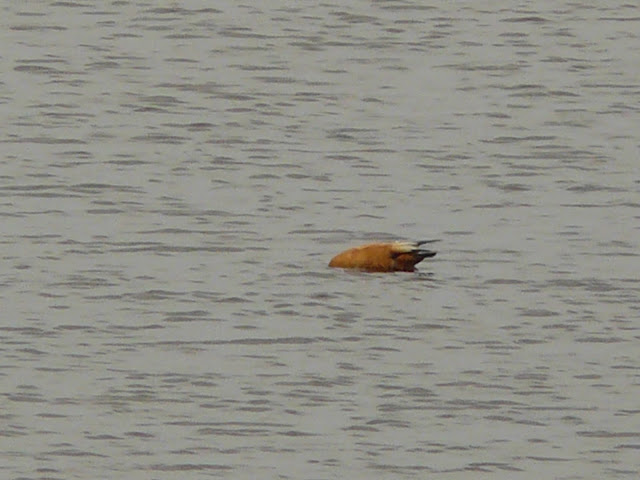 Now this elusive duck is rare in Britain.  The RSPB estimate only 48 birds.  Here is one. 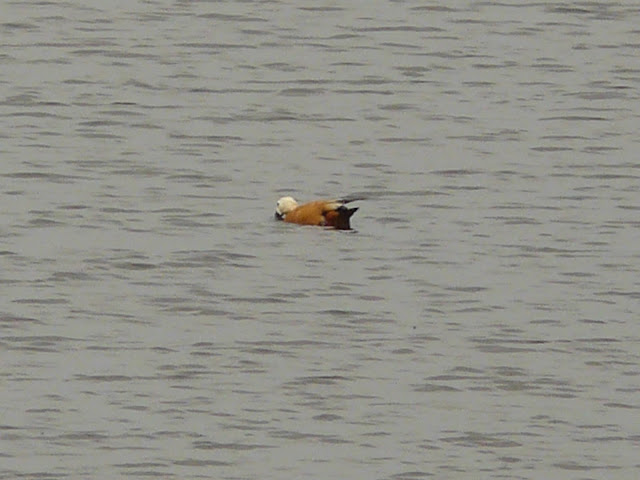 It is a Ruddy Shelduck and possibly escaped from a wildfowl collection.  It breeds in N. Africa, E. Europe, central and S. Asia. 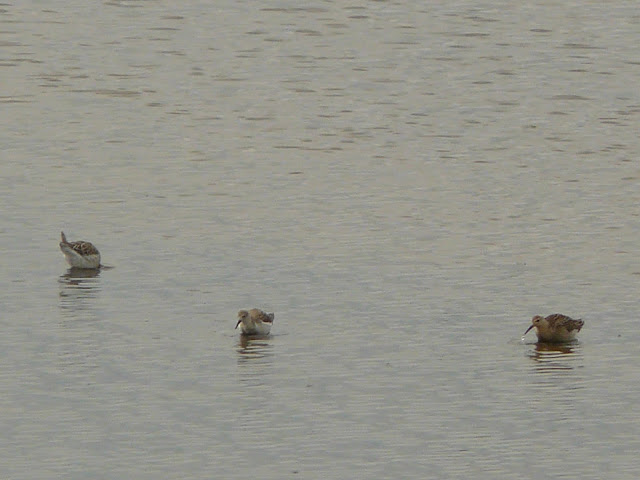 Juvenille Redshanks in the marsh paddling pool, rather than the estuary.  They have yet to develop a red beak and are hiding their red shanks. 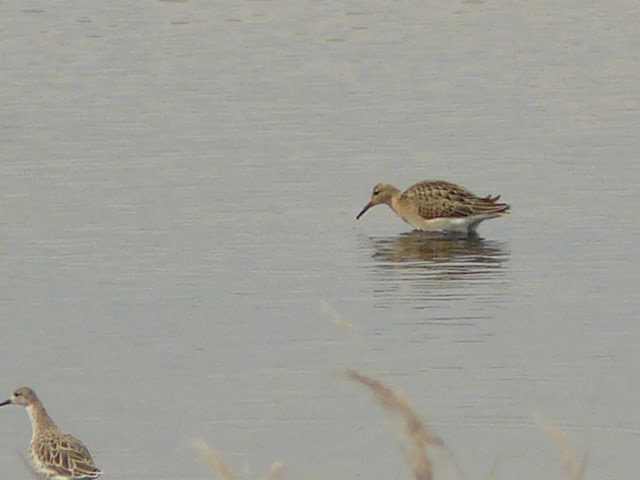 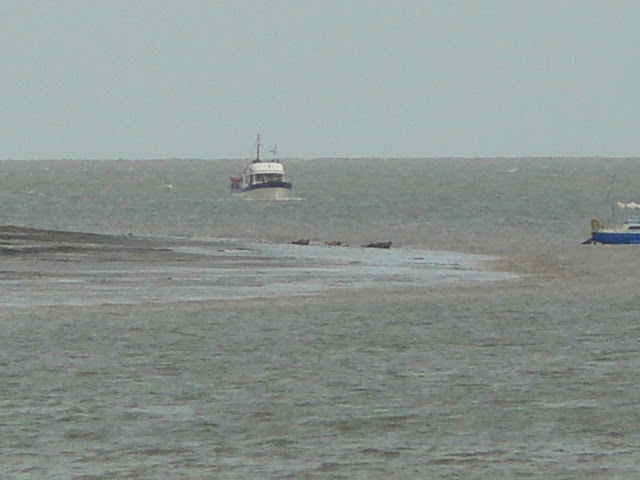 Meanwhile, on the Isle of Sheppey, the seals were attracting the attention of passing boats. 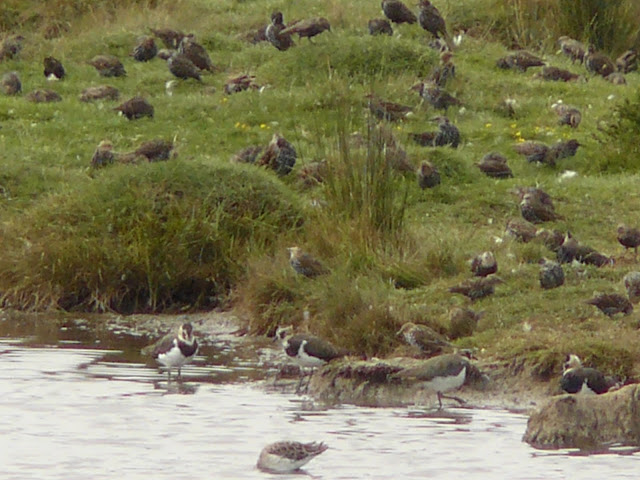 A flock of birds suddenly descended on an island in the marshes.  I thought that they might be Knot.   However, they look more like the humble starling.  The dinner-jacketed birds in the foreground are Lapwings.  What a wonderful place this is. 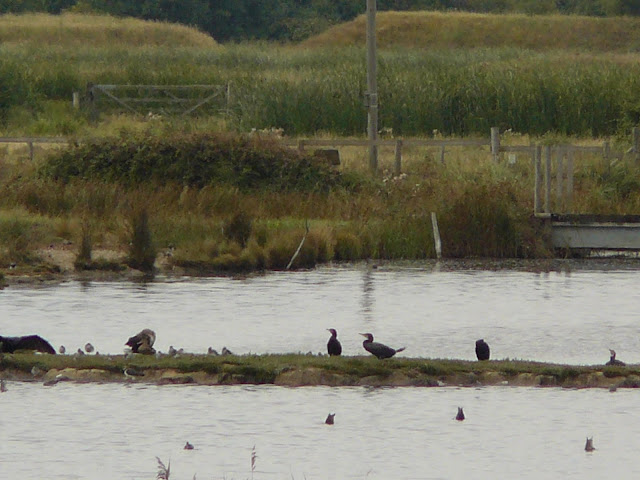 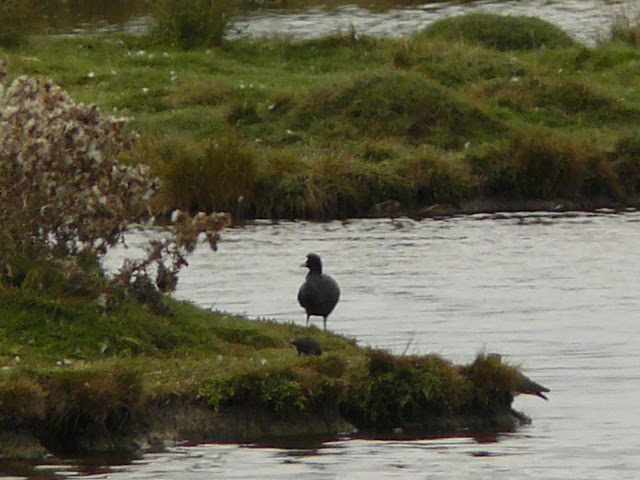 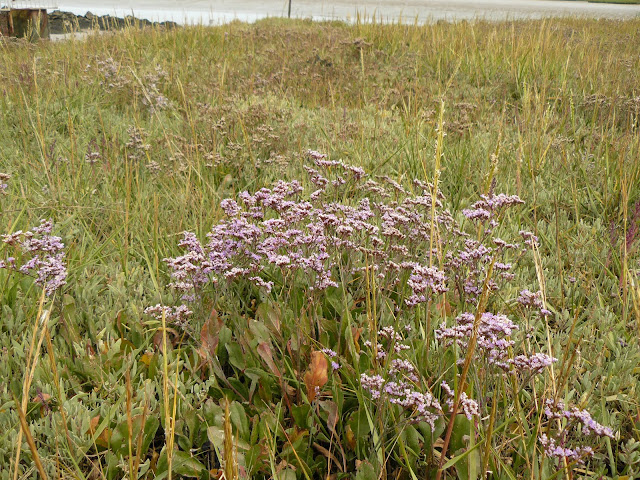 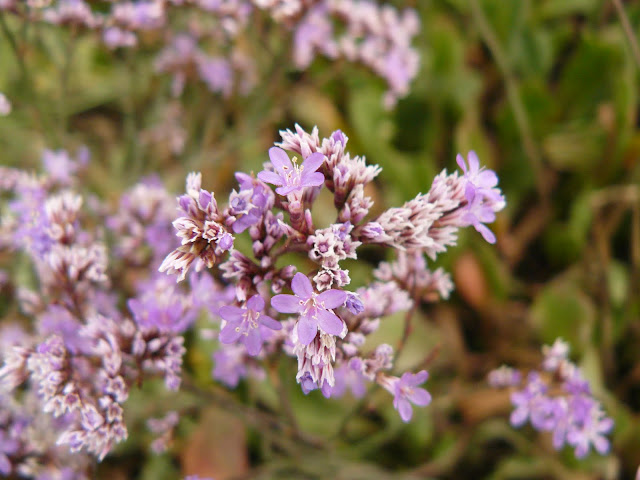 This is a very special place.
Posted by Sussexrambler