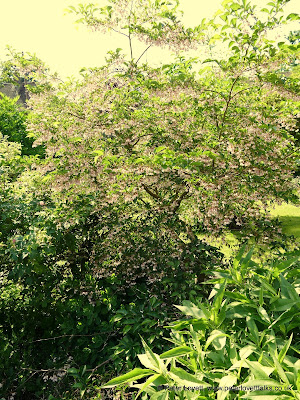 Styrax japonica is a flowering small tree loved by bumblebees at this time of year.  It was while looking specifically for Red-tailed cuckoo bees that I spotted a much rarer creature -- a Jumping spider, Salticus zebraneus. 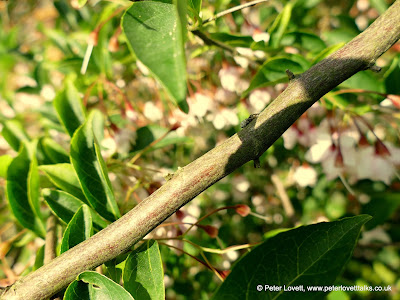 Spot the spider "hiding" in the shadow after running away from my camera lens. 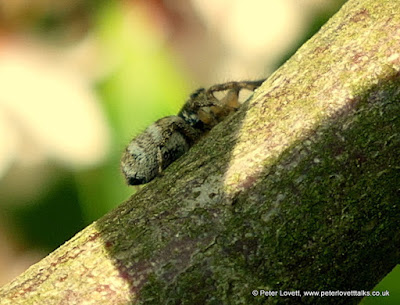 Britain's Spiders (ISBN 978-0-691-16529-5 by Bee, Oxford and Smith) https://press.princeton.edu/titles/10987.html describes it as nationally and regionally scarce on trunks of old trees.  It hides in cracks in the bark only appearing at the surface in warm, sunny conditions as it was yesterday. 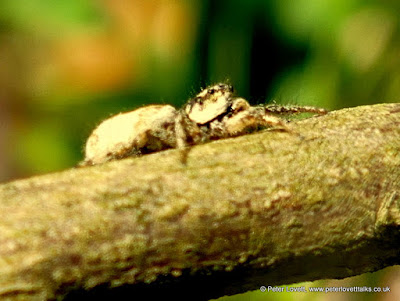 Only 3-4 mm long it was difficult to photograph in the middle of the Styrax tree. 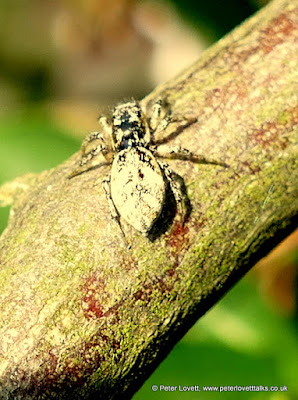 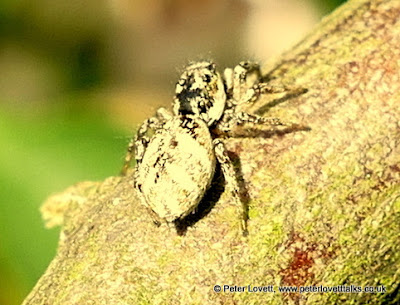 It has eight eyes, the middle four large and forward facing.
The pictures in the tree don't show the eyes well at all.  The photo' above was taken in 2017 in my kitchen using a flash.  They don't have eyelids but it would have blinked if it had! 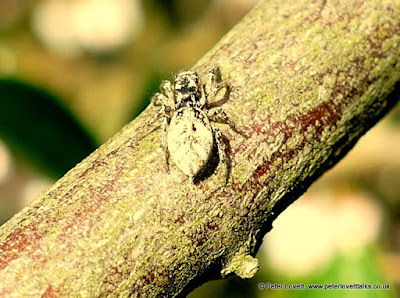 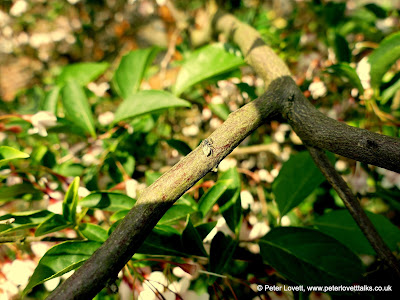 I didn't find the Cuckoo bumblebee that I hoped to see but this spider was yet more interesting.
Spiders are amazing creatures and worthy of a closer look.

They are presented in an illustrated talk,  "Spiders: fascinating and worthy of a closer look" at http://www.peterlovetttalks.co.uk/page14.html