Honey bee slain on a Pyramidal Orchid from a bite to the neck from a Crab Spider at Spuckles and Kennelling Woods, Kent, UK

This meadow at http://www.kentwildlifetrust.org.uk/reserves/spuckles-kennelling-woods-wilderness-down was full of Pyramidal Orchids in full bloom last week.  Greater Butterfly Orchids, most Common Spotted-orchids and Lady Orchids had gone to seed. 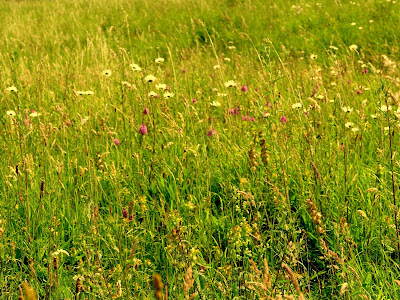 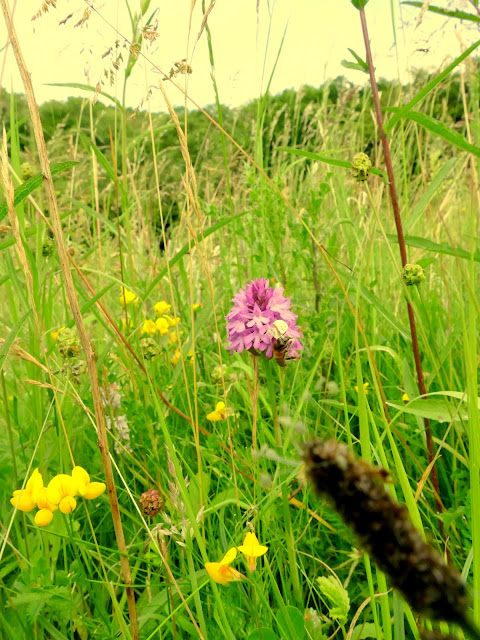 On a Pyramidal orchid, a crab spider had caught a honey bee. 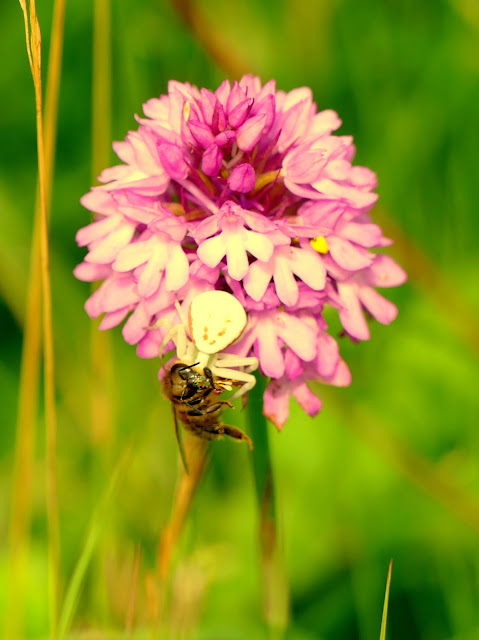 Crab spiders can and do produce silk to drop from a flower if disturbed for example, only to climb back up on their silk thread later.  They do not make a web to catch prey though.  Instead they lie in wait on a flower and pounce on a visiting insect, which is paralyzed with a venomous bite to the unsuspecting insect's neck: in this case a honey bee. 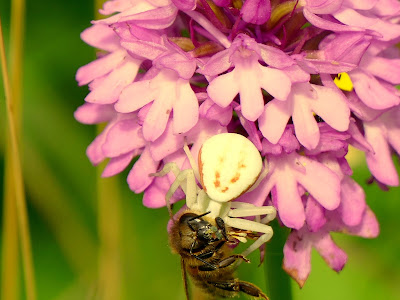 Click on the picture to expand and you can see there are several orchid pollinia (the orchid flowers' pollen bearing bodies) stuck to the bee's proboscis. It liked orchid flowers but has met its doom on this one.

For illustrated talks on Bees, Orchids and other natural history and historical subjects, you can see my list of talks at http://www.peterlovetttalks.co.uk/products.html
Posted by Sussexrambler