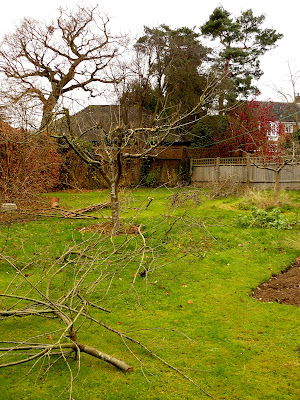 Some decisive pruning was needed for my apple and pear trees.  The one in the foreground in on an M25, vigorous roootstock and I have reduced its size considerably. 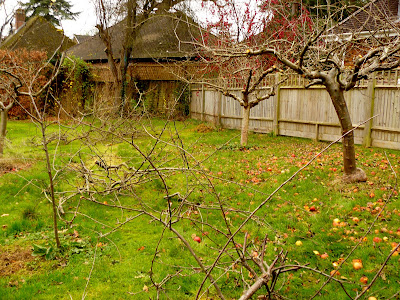 Similarly these apple trees were reduced on size. 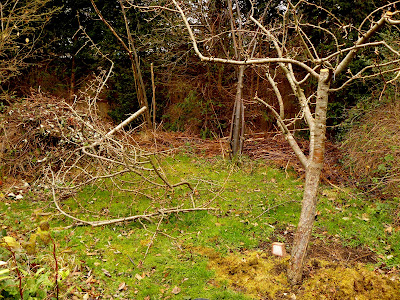 The top was taken out of this Conference Pear tree. 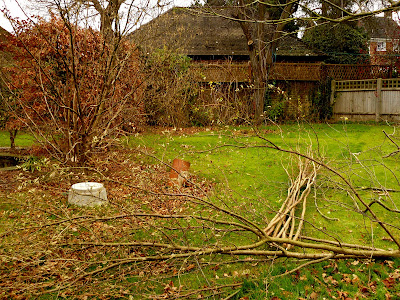 Then a hazel bush was half coppiced and poles removed for climbing beans later in the year.
Other trees which have been heavily cut back include Amelanchia canadensis and Cedrus deodora.
Posted by Sussexrambler