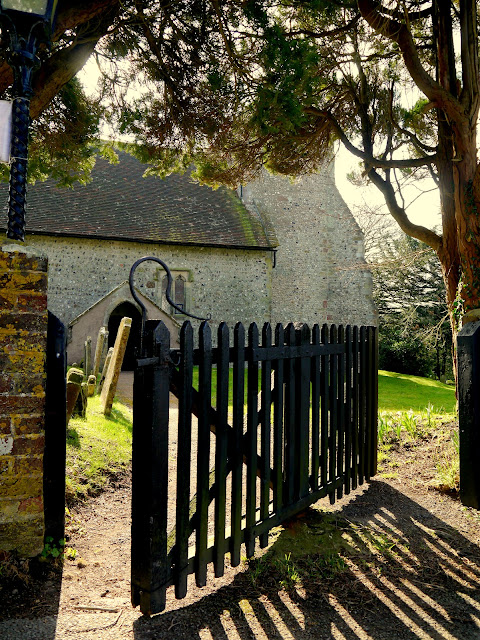 Tapsell gates appear to be unique to Sussex, named after the blacksmith who made them.  One at Pycombe church, which was built in 1170 is especially fine.  Note the handle in the form of a shepherd's crook, photographed today.

Here is another Tapsel gate at Kingston church taken in November 2008 in a panoramic shot.  Scroll across to see the church, which is from the 13th century. 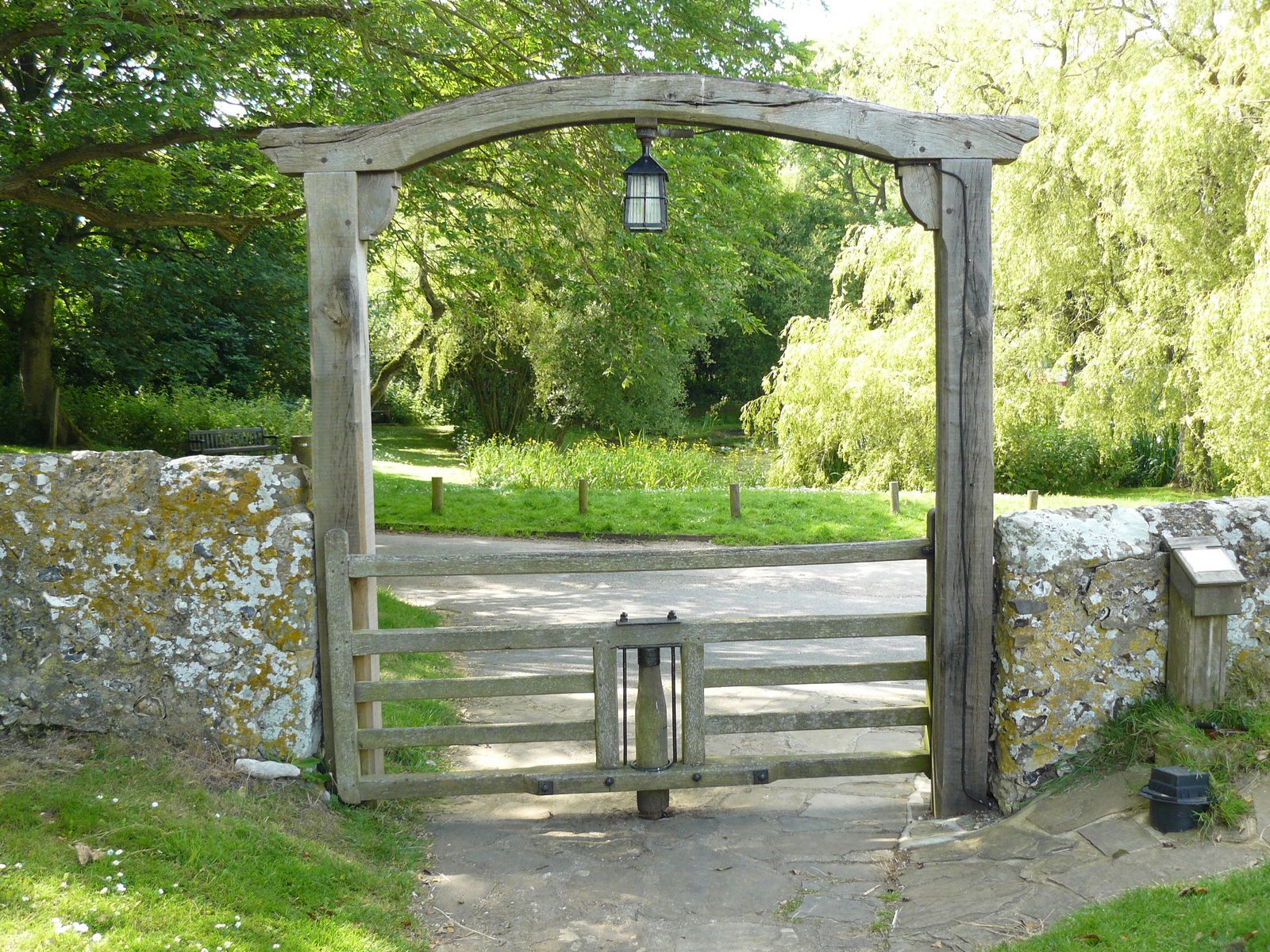 Above is another one at Friston church, also taken earlier.  The nave of this church is Saxon from the year 1050.
These elegant gates pivot on a central axis post, can be opened with one hand and may have allowed pall bearers to walk either side of the open gate with a coffin, resting it on the gate itself perhaps.  You can see others at Jevington and Coombes, for example.  All of these churches have wonderful historical interest.
For more speculation on Tapsel gates see http://en.wikipedia.org/wiki/Tapsel_gate 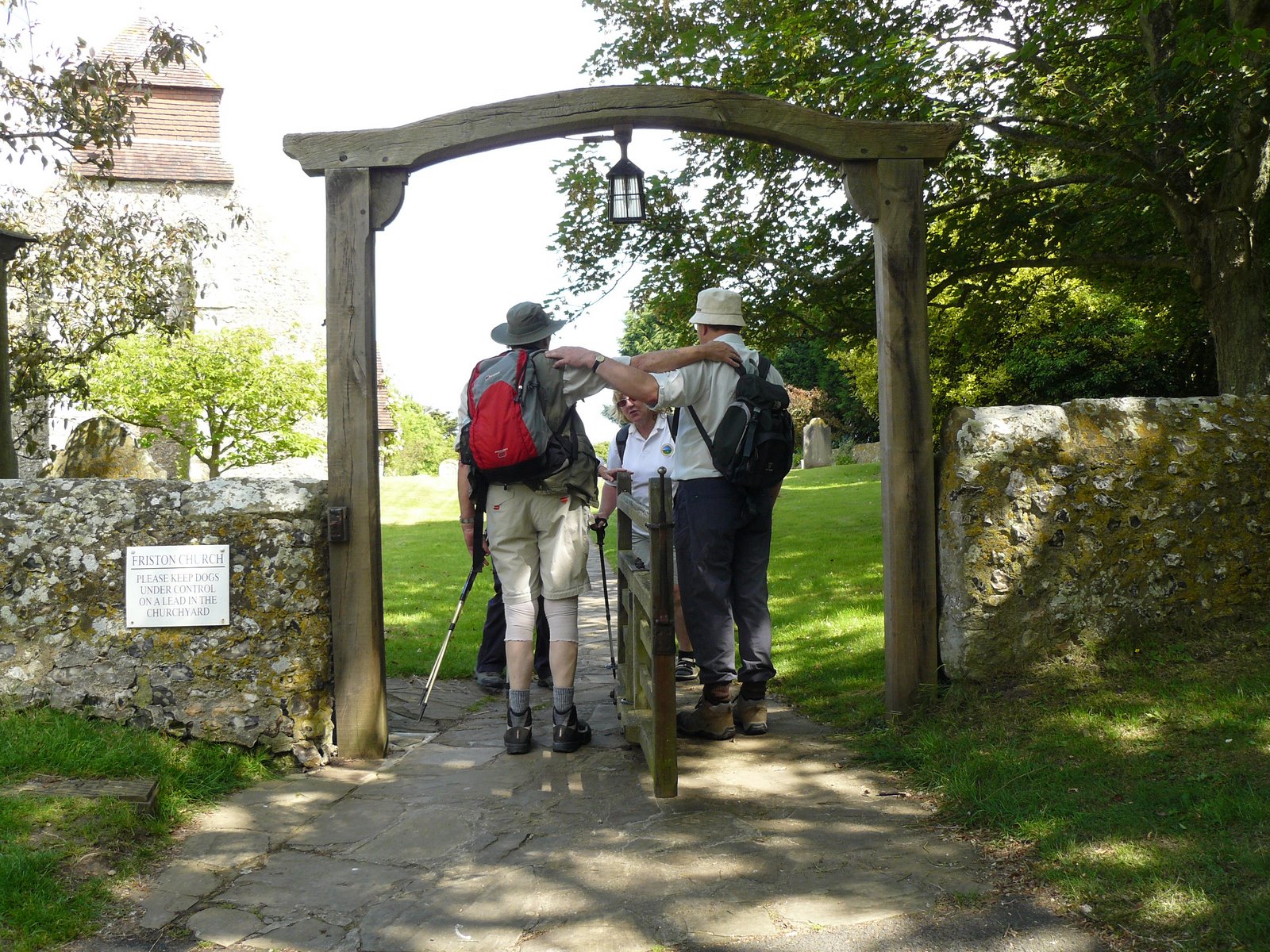 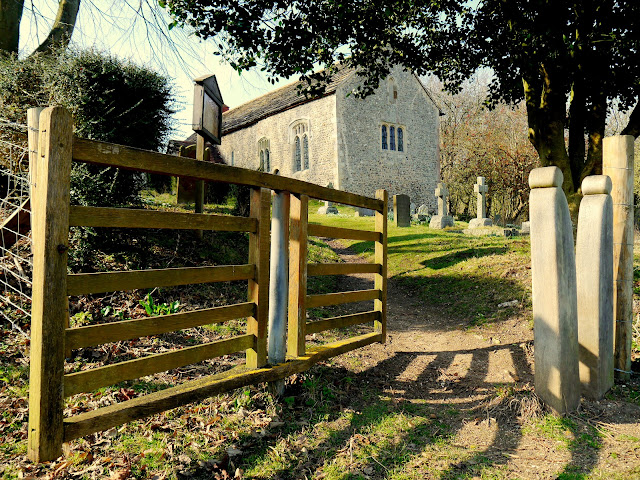 Coombes church is a delightful Saxon church from the eleventh century with remnants of wall paintings dating from 1135 to1753, which were uncovered in 1949. 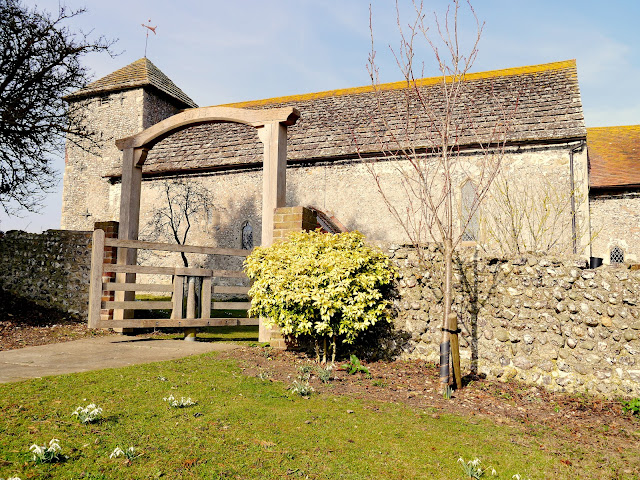 A new gate at Botolphs dated 2003.  The church dates from the year 950.
Posted by Sussexrambler