Sympecma sp.; the only European Damselfly to hibernate as adults -- probably not! 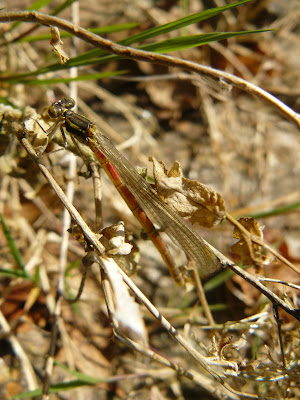 I've just seen my first Damselfly of the year.
I don't think it is Sympecma fusca, which is the only European genus to hibernate as adults as in subsequent years I have seen none others.  They hide amongst dead leaves or dense shrubs but often take to the wing on sunny days, even in the middle of winter.
Source; Insects of Britain and Western Europe by Michael Chinery . 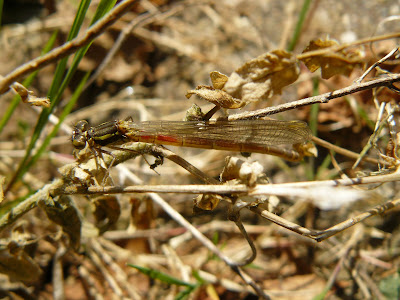 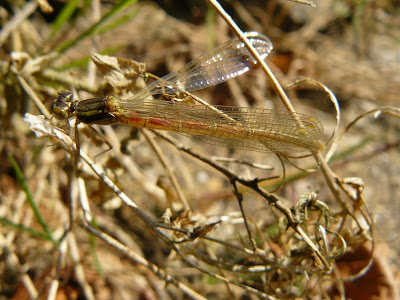 There are lots of Large red damselflies in my ponds, which this probably is as a rather early teneral.
Posted by Sussexrambler