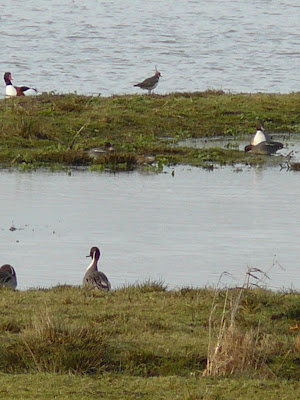 There is a Shelduck, Lapwing, Teal and Pintails in this picture, taken this afternoon at the RSPB Pulborough Brooks reserve. 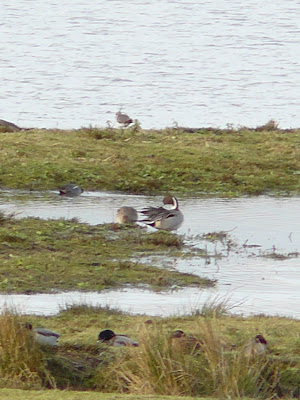 A Pintail preens itself above, mid picture.  28,000 overwinter in Britain compared to some just 40 pairs that breed in the UK.  Worldwide they are in decline, which is sad for such a beautiful duck. 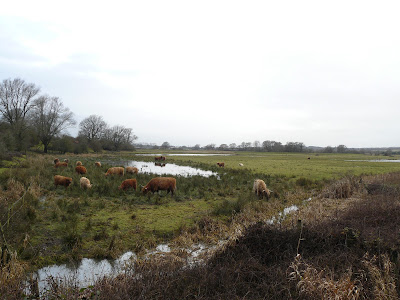 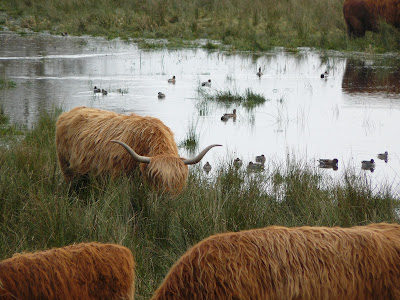 A lot of Teal are in the water behind the cows. 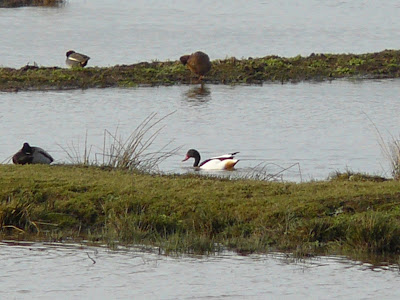 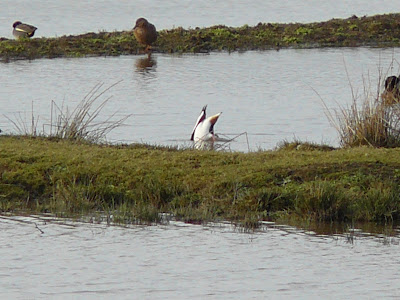 ... doing what Shelducks do. 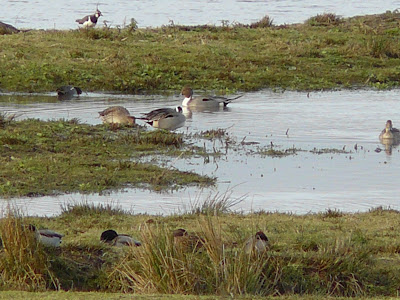 Another shot of Pintails.  Visit Pulborough Brooks to see them in winter.
The light failed quickly in heavy rain, so I have no shots of the many White-fronted Geese, Peregrine falcon, Marsh harrier et al, which were seen (by others) this day.
Posted by Sussexrambler