Gulls, Dunlin and Turnstones at Ferring, West Sussex and The Miller's Tale. 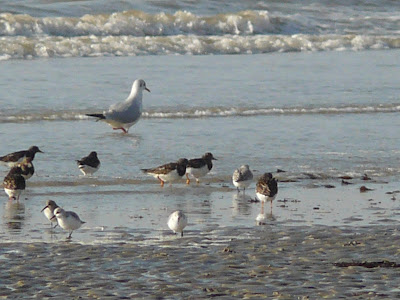 In the front of this shot are what look like Dunlin .  An estimated 9,500 pairs breed in Britain but winter migrants from Russia and Northern Europe swell the numbers to 700,000.
Behind the Dunlin are more winter visitors -- Turnstones, which may have arrived from Canada or Greenland.  Around 64,000 are estimated to over-winter on British shores.
Dwarfing them all is a Black-headed Gull; 200,000 breed in Britain but at this time of year visitors from Northern Europe swell their number to 3,000,000.
Source; RSPB Handbook of British Birds, 1st edition 2002. 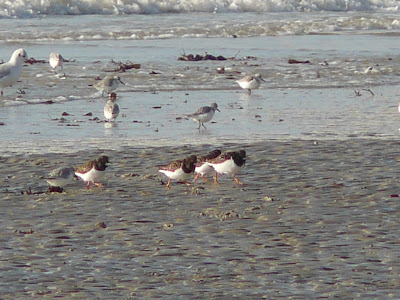 Turnstones in the foreground marching quickly across the sand.  The Black-headed Gull is in its winter plumage, i.e. without its black head..... very confusing! 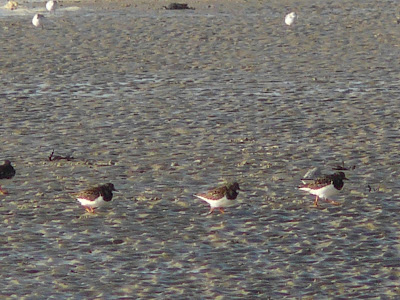 More marching birds.  Click on any picture to enlarge it. 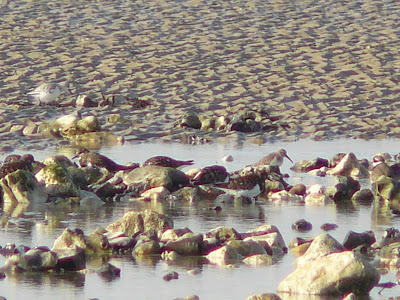 Five well camouflaged Turnstones are in this shot.  What are the two other birds?  Mid/upper left might be a Sanderling, whilst mid-right looks like a Common Sandpiper.  In addition, on the right side edge of the picture is a rear view of a ringed plover, which I had completely missed until pointed out to me!  Thanks Rod from West Wales Cottages 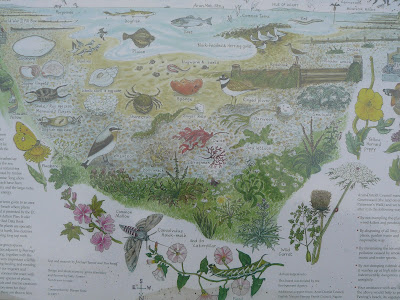 The display board on the sea front. 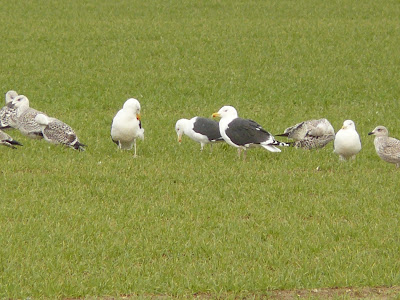 My thanks (and those of 36 other Ramblers) to Brenda for leading this walk from the Mid Sussex Ramblers' programme.  Winter is a great time to be on the seashore to see these sights before the birds fly north again.

This 7.5 miles walk started from Highdown on the Downs north-west of Worthing and some more pictures from the walk follow. 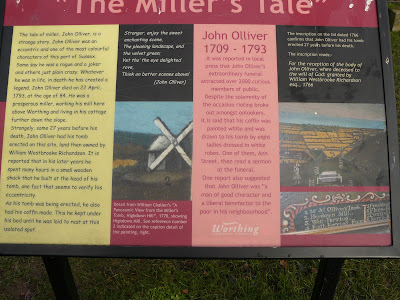 The Miller's tale is a fascinating one.  Eccentric he may have been but the next information board for the Earth works suggest a profitable motive for such eccentricity, namely a convenient cover for smuggling alcohol. 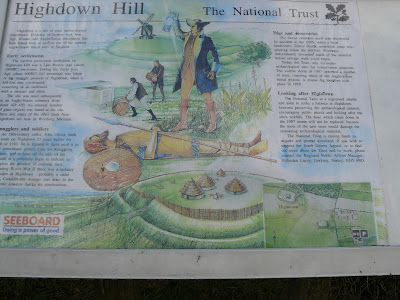 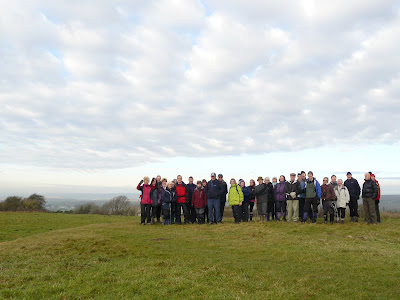 Mid Sussex Ramblers on the Earthworks with Arundel castle in the distance.
Click to enlarge. 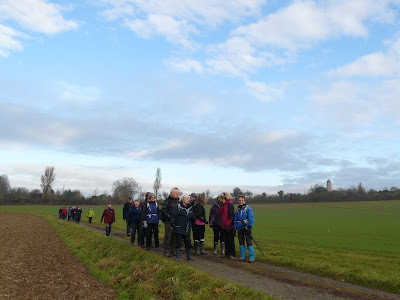 Crossing the flat farmland on the way to the coast, with windmill in the background.
Thanks Brenda, for a great walk.
Posted by Sussexrambler