Swanage to Corfe Castle steam train ride and a spectacular walk back to Swanage on the Purbeck Way: one of the finest walks in England? 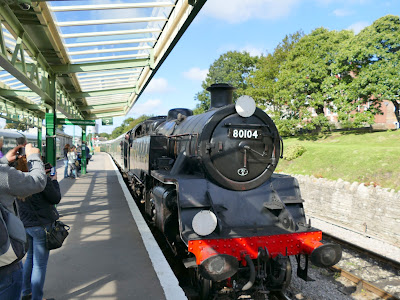 On the 20th September 2015 we started from Swanage on the Jurassic coast of Dorset (a World Heritage site) with a unique journey by steam train through six miles of beautiful scenery to Corfe Castle and the magnificent ruins of the castle - built by William the Conqueror in the 11th century.  For info on the trains see www.swanagerailway.co.uk 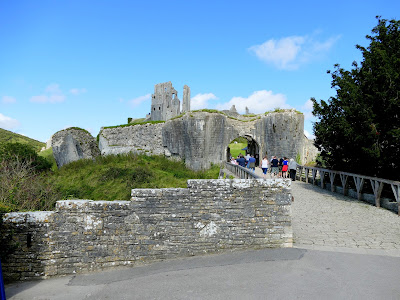 The castle is imposing and with a threatening sense of history of wars and the brutality of former Kings, especially King John.  Click on any picture to expand it. 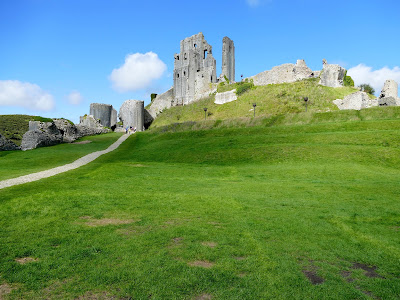 William de Braose had captured Arthur of Brittany (a rival to his uncle, King John) in Brittany and was ordered by John to castrate and blind the boy.  De Braose did not but handed him to King John, who personally murdered his teenage nephew, and imprisoned his sister here.

The wife of William de Braose spoke out about such an atrocity and was captured with her son and both starved to death here or at Windsor Castle: historians differ in the exact location of their deaths. 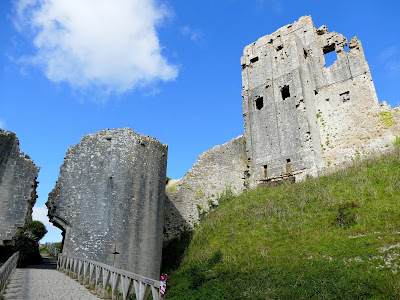 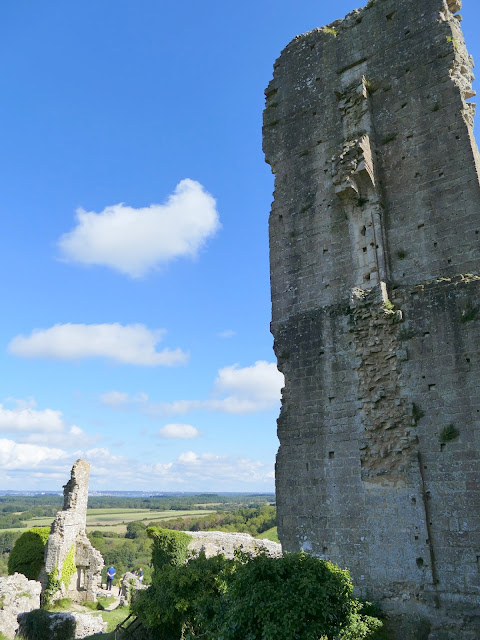 After visiting the castle join the Purbeck Way heading eastwards at its junction with the A351.  After going under the railway take a permissive path steeply up East Hill: the views of the castle are magnificent here. 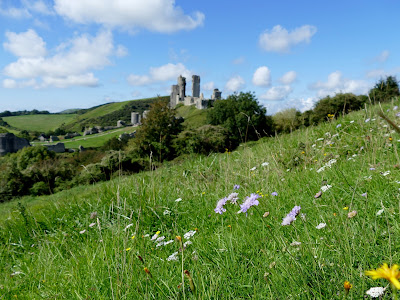 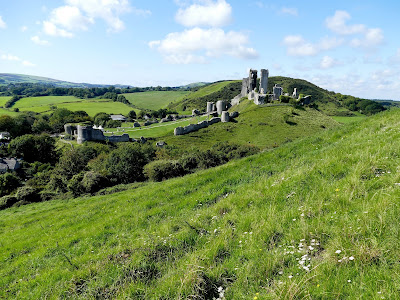 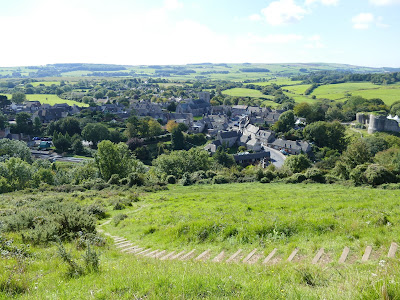 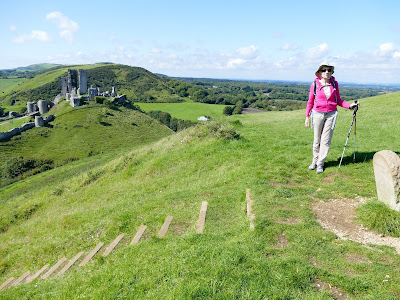 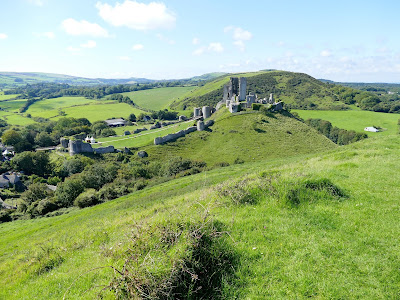 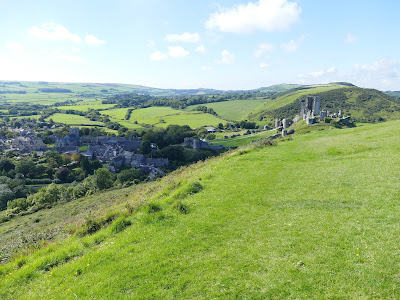 The permissive path joins the Purbeck Way at Rollington Hill where a water supply was available for a marathon being staged on this day. 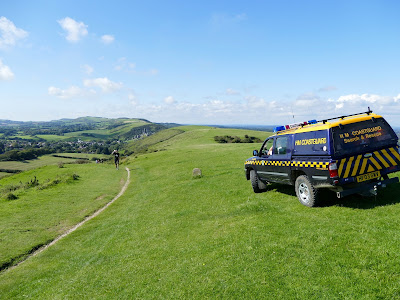 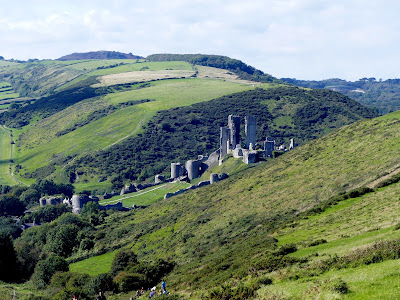 On the ridge there are fine views across the heathland to Poole Harbour and to the Isle of White and St Catherine's Down. 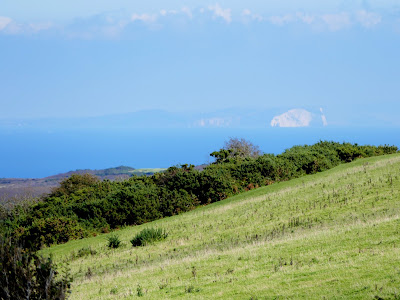 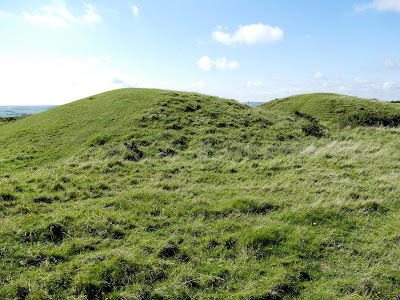 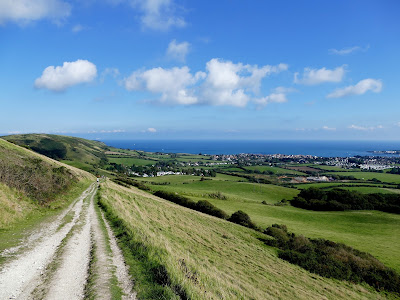 The view on the approach to Swanage from Nine Barrow Down. 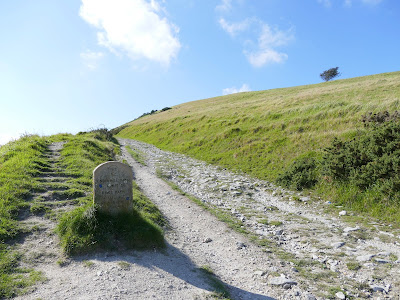 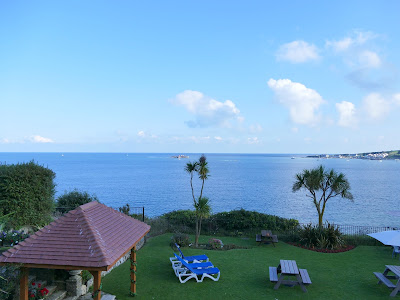 More steam in sight from our hotel, The Grand, as the paddle boat "The Waverley" steamed into Swanage Bay.  She is the last sea-going paddle steamer in the world, magnificently restored with towering funnels, timber decks, gleaming varnish and brass. 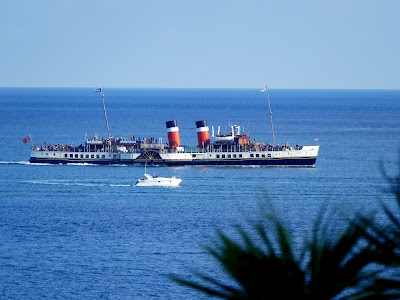 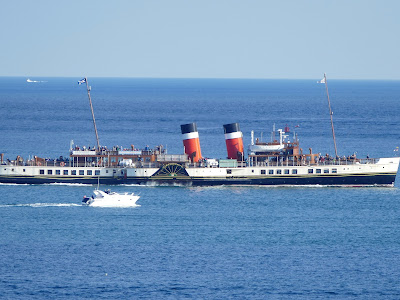 For the views, the history, the steam trains and paddle boats this rates as one of the finest walks in England in my opinion.