Why are all the Nettle-leaved Bellflowers, Campanula trachelium, chopped off in Shabden Park nature reserve, Surrey: by Muntjac deer perhaps? 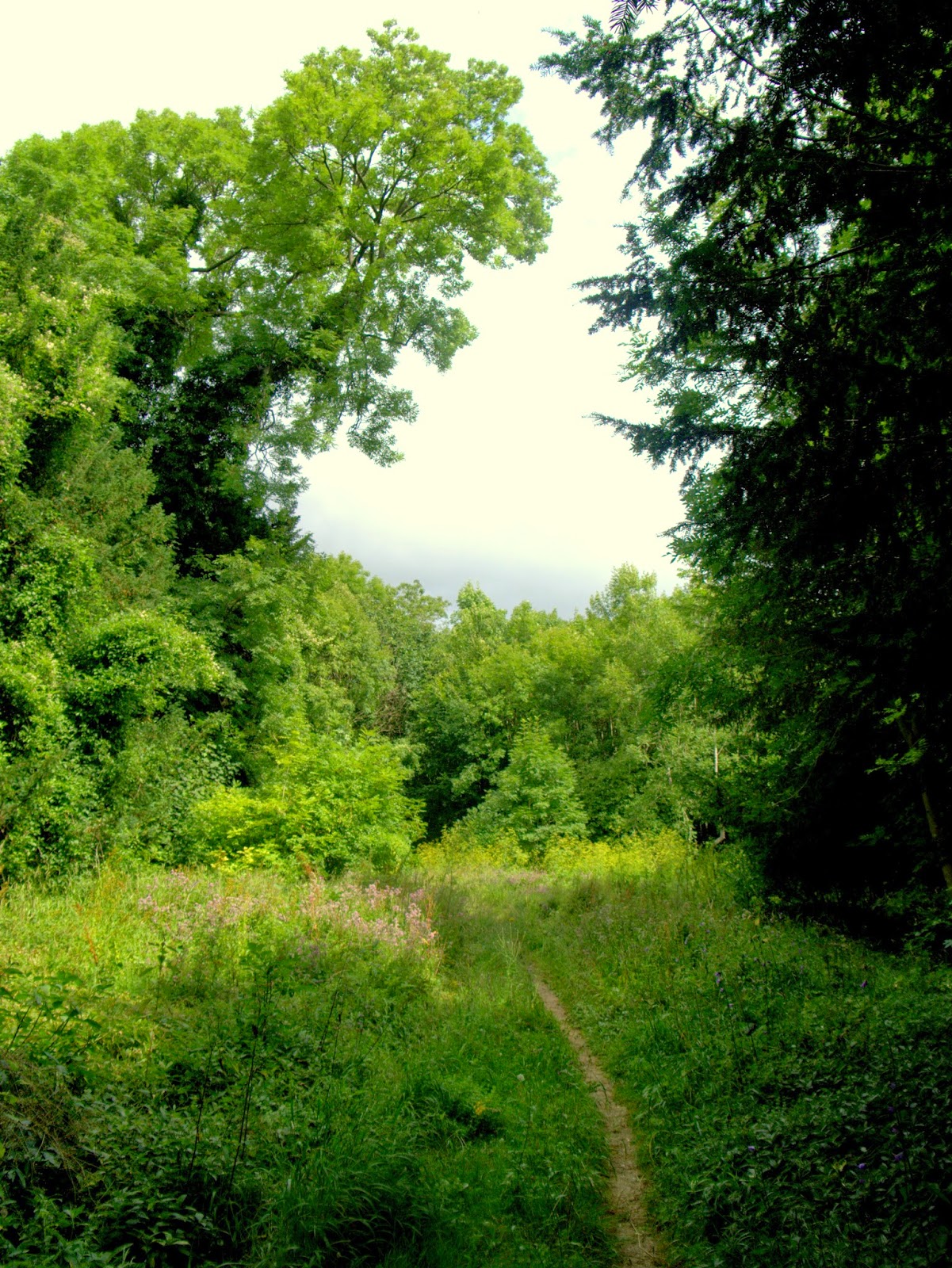 This glade in the Long Plantation in Shabden Park in Surrey is an exquisite place for butterflies, including Silver-washed fritillaries, Peacocks, Meadow browns, Gatekeepers, Holly blues, Speckled woods and a host of beetles and hoverflies. 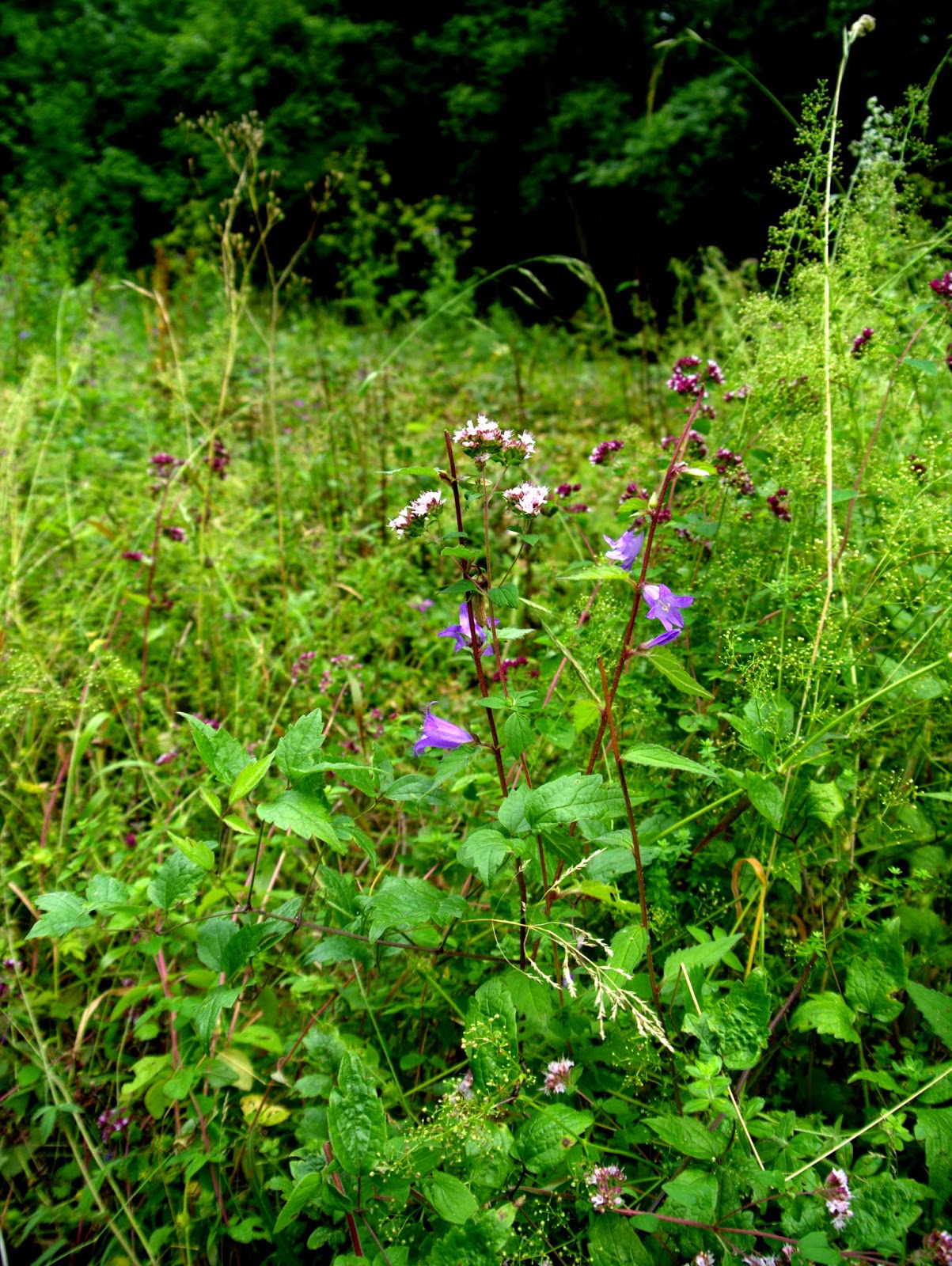 It is also full of numerous species of wild flowers; e.g. marjoram, which the butterflies love, and Nettle-leaved Bellflowers, Campanula trachelium above.  This year all of the latter have been nibbled off.
The question is by what?  The top halves of the stems have gone, which suggest it is not slugs.
The probable answer was not far away. 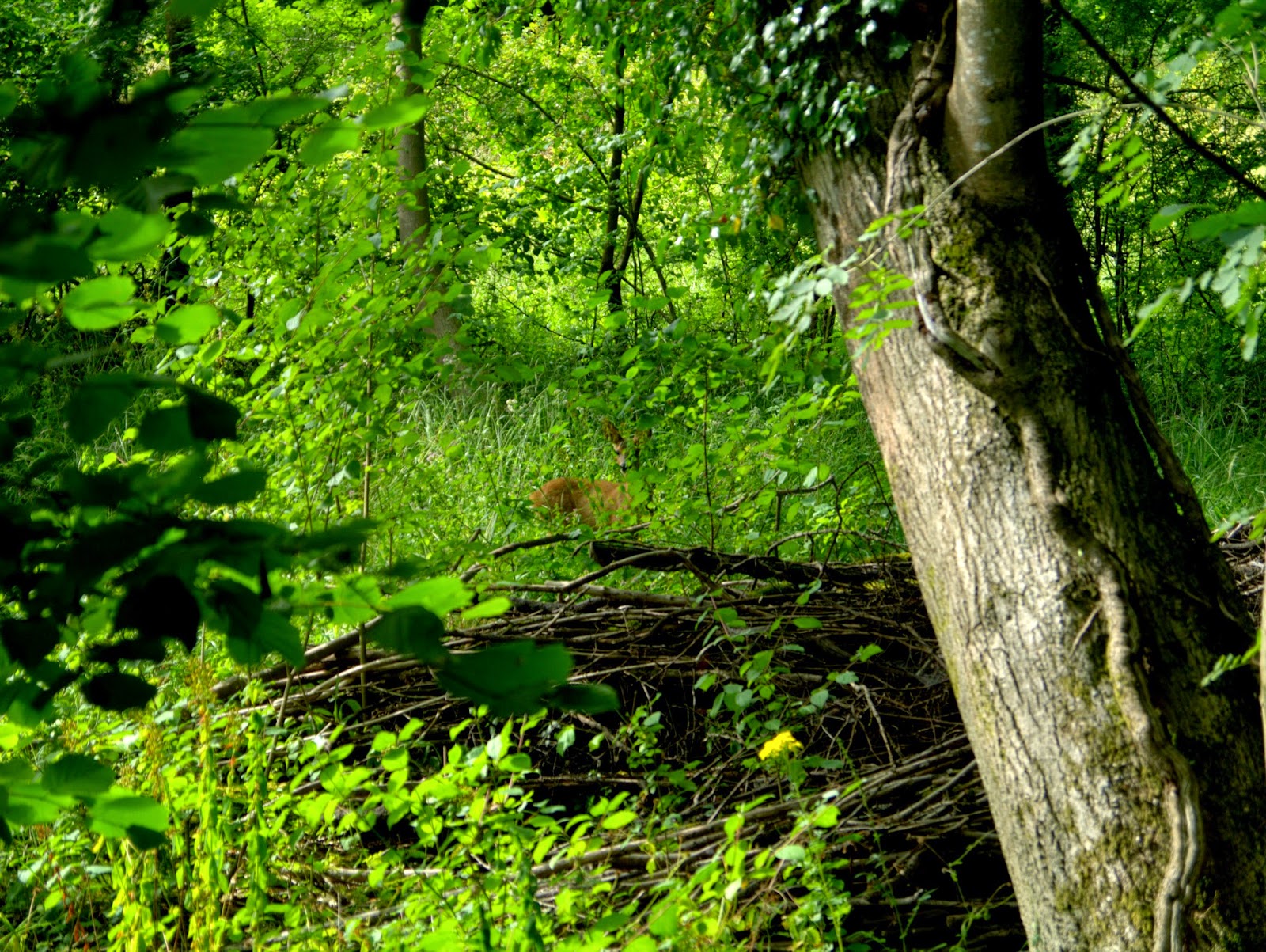 Can you see the deer above, looking at me looking at it?
It is a Muntjac deer and there were two of them.
According to the BBC, "Muntjac deer don't have a fixed breeding season, unlike many other deer. Instead, they reproduce continually throughout the year. This small and exotic looking deer can be surprisingly hard to spot, although a loud barking call could indicate one is nearby. Woodlands are their preferred habitat, but they are increasingly found in gardens and even walking down streets. Native to south-east China and Taiwan, muntjac deer were introduced to parks in the UK in the early 20th century and escapees have since established wild populations."  Further info' at; http://www.bbc.co.uk/nature/life/Reeves%27s_Muntjac 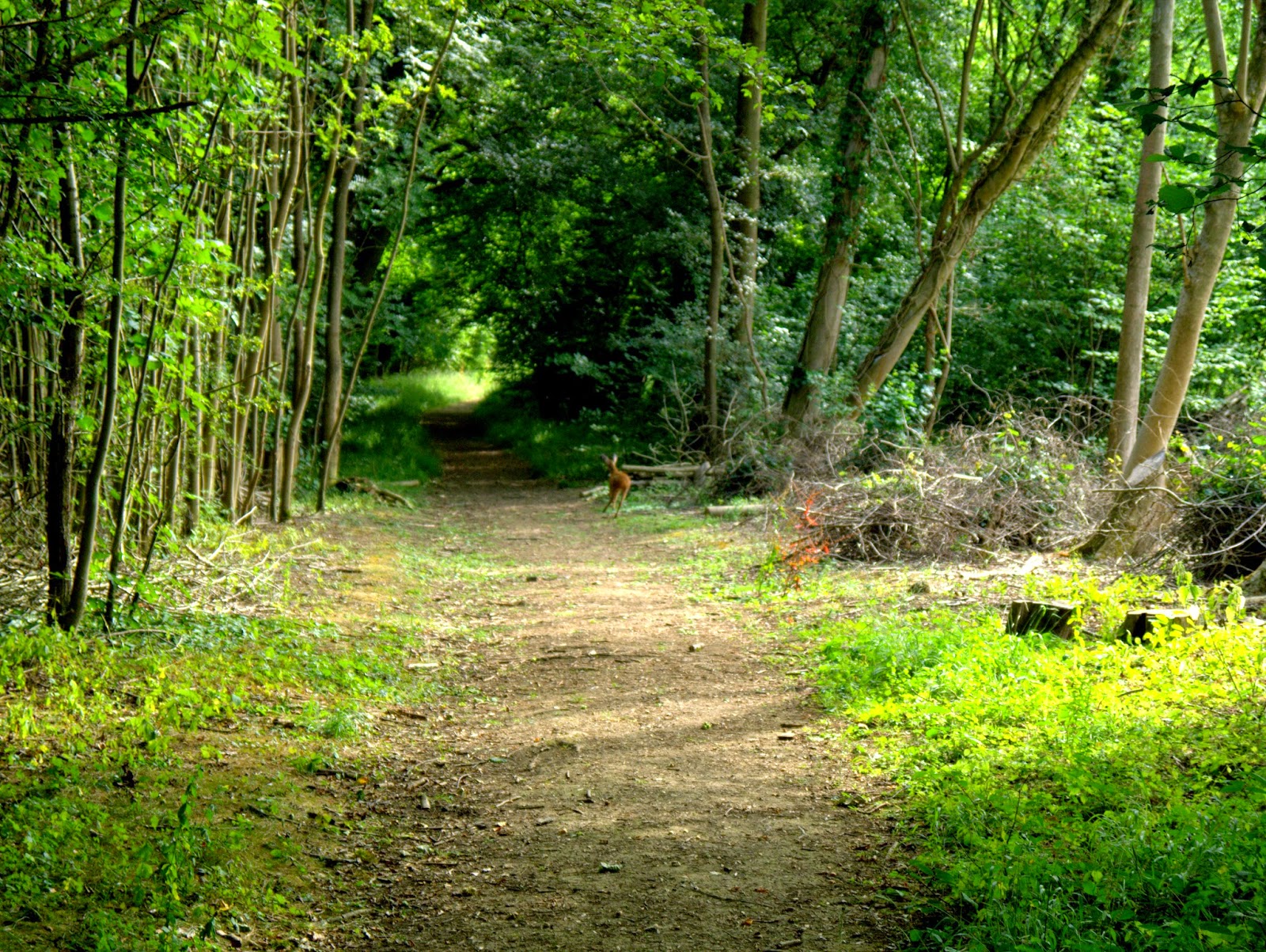 Hard to spot!  Not here they aren't! 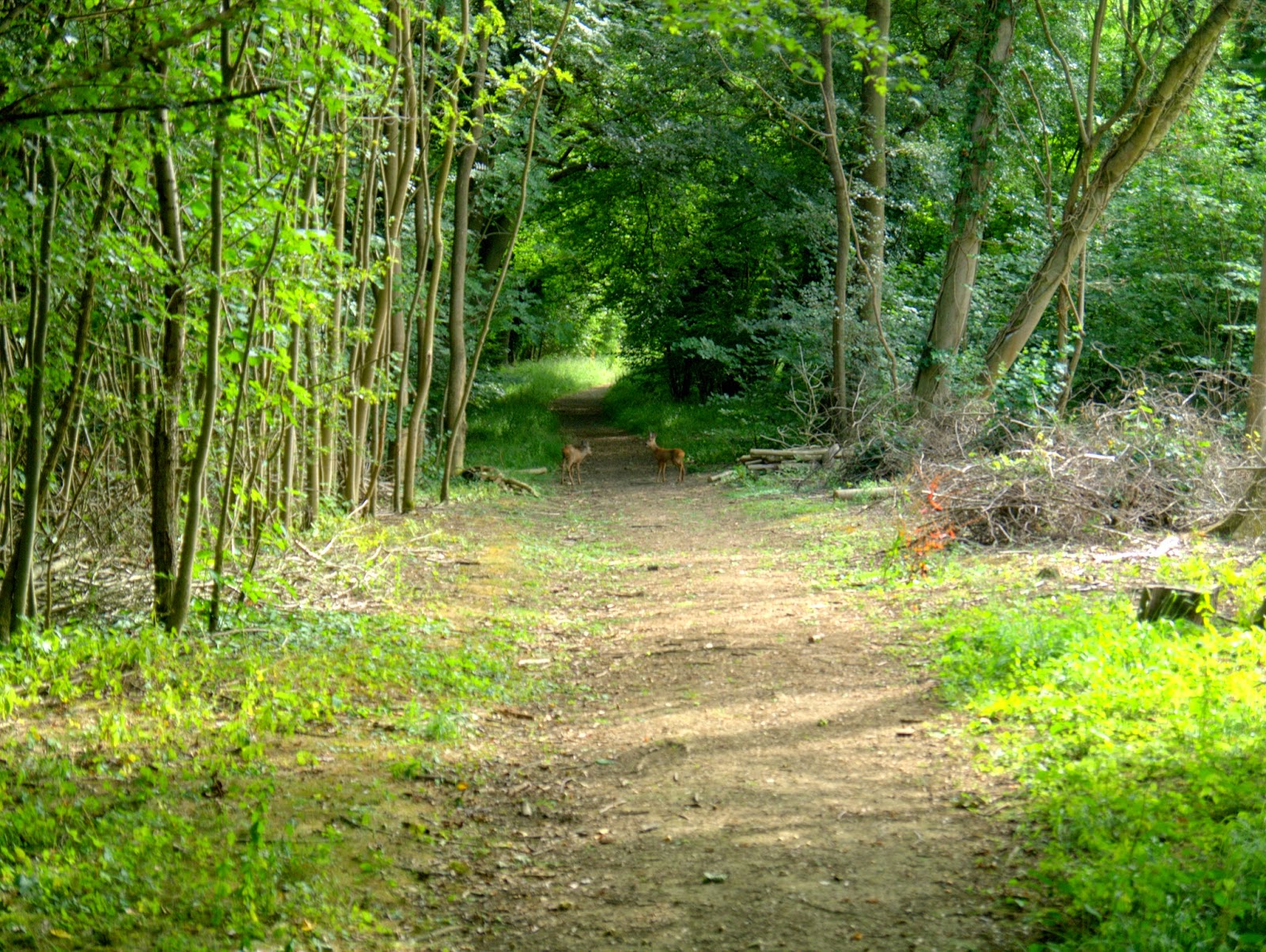 They happily stand watching us and then gently walk off into the depths of the wood.  It is a shame though to see the flowers nibbled away, there being no natural predators.
Posted by Sussexrambler