Whilst photographing butterflies yesterday, I noticed a spider's web and took some pictures for later examination. 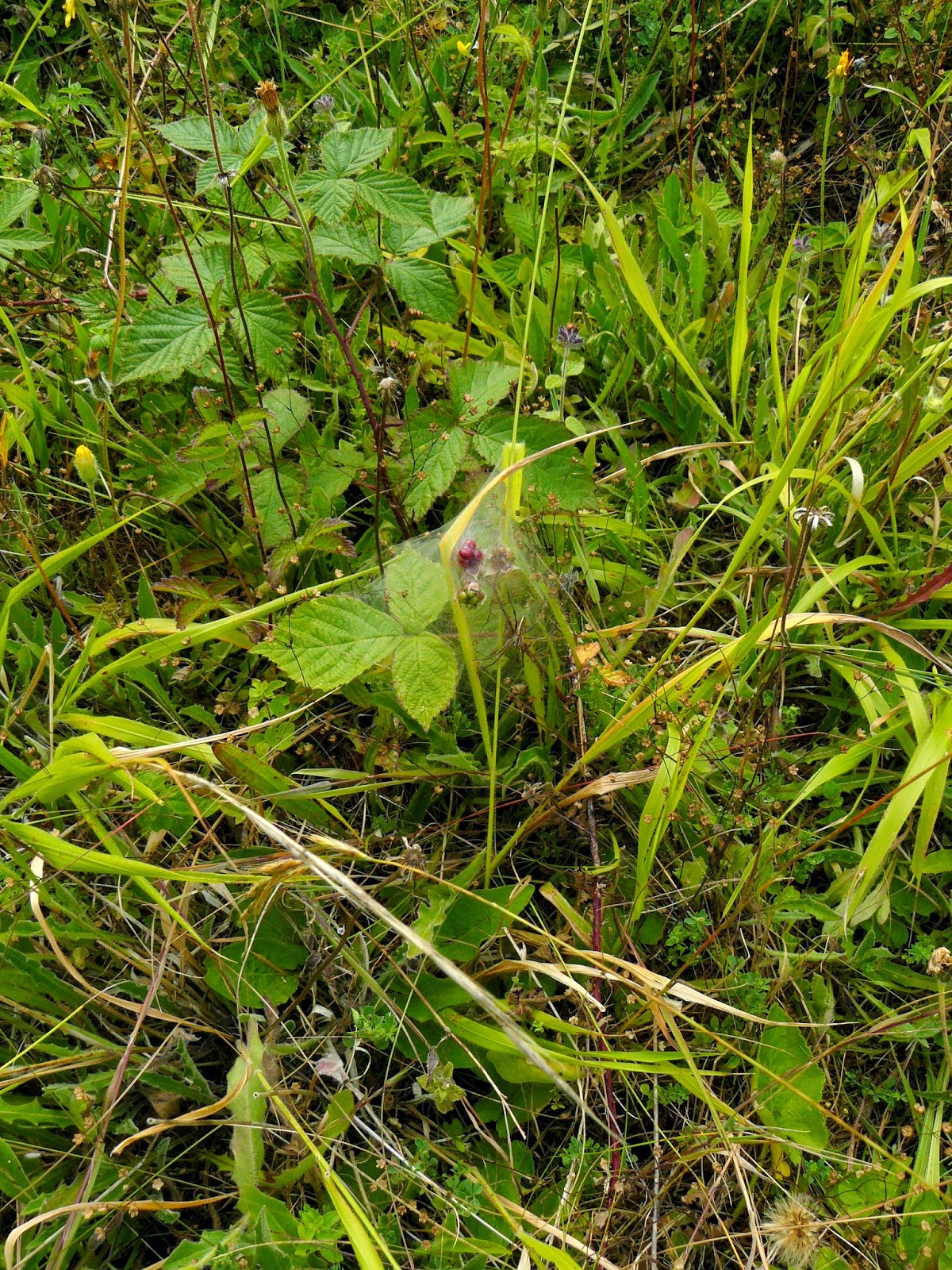 The web was quite inconspicuous but there was a spider on the tent-shaped structure. Approaching slowing, not to frighten it, the camera lens was positioned just a few inches away for some closeup pictures. 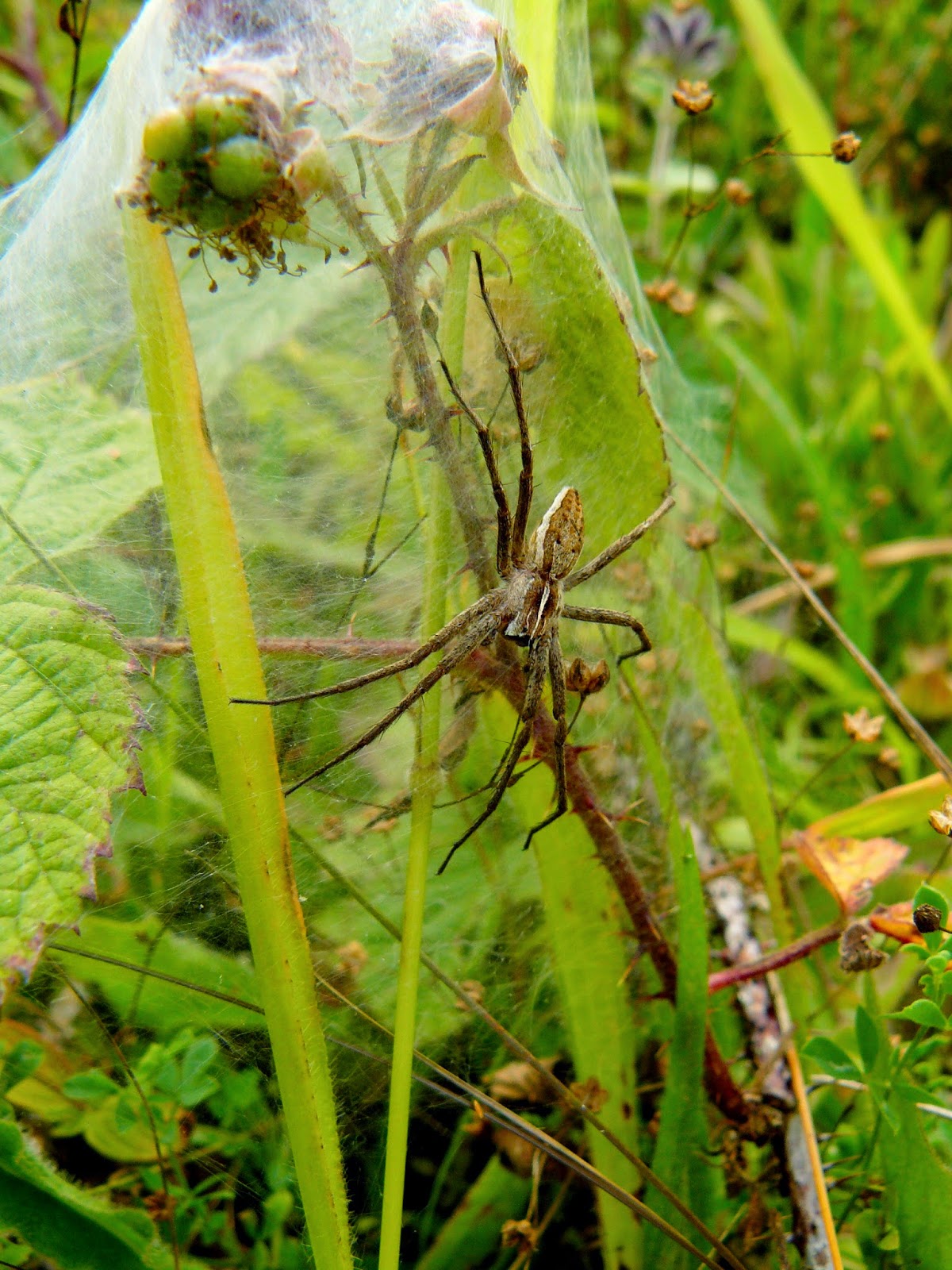 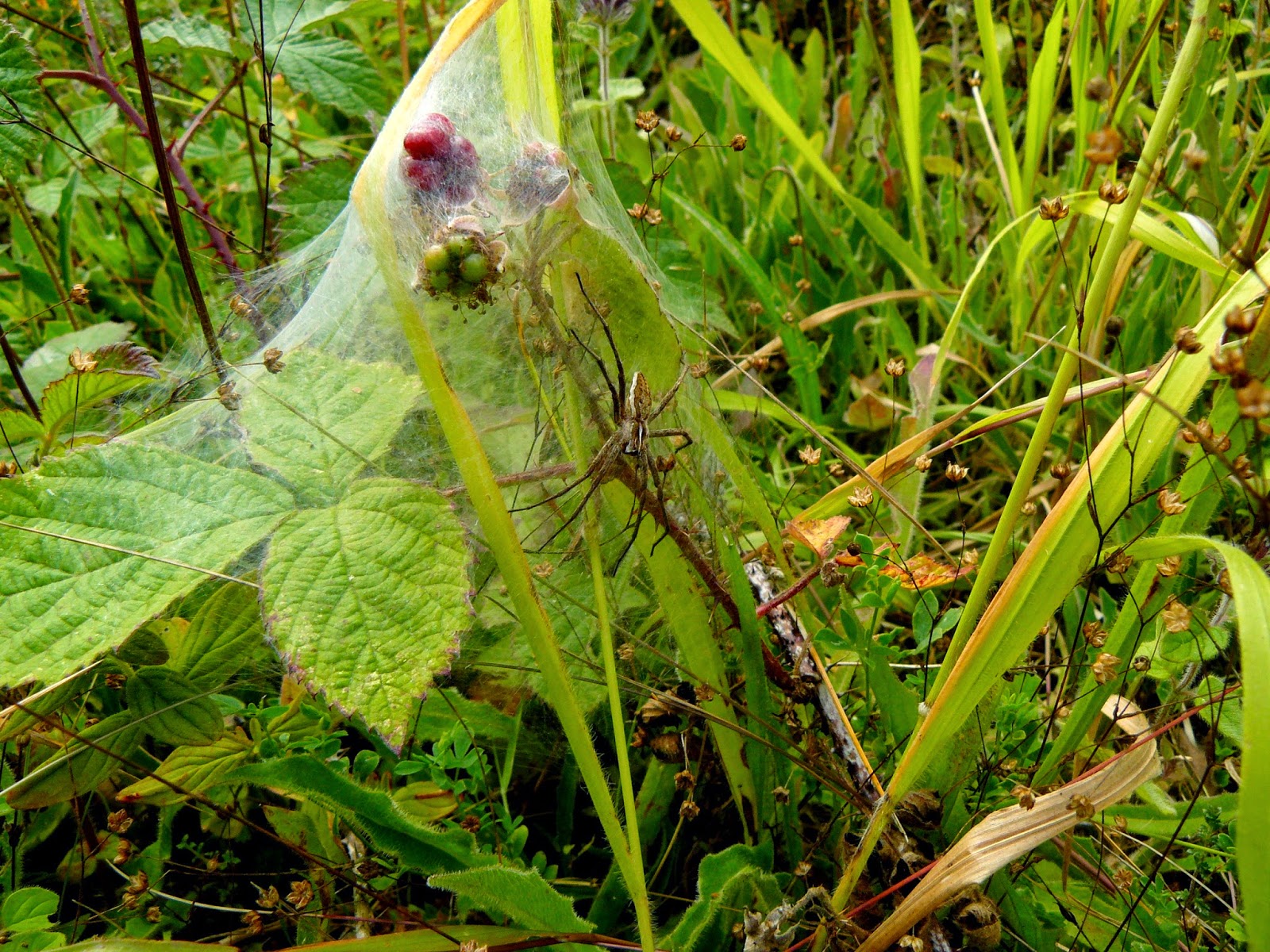 It appears to be the nursery-web spider, Pisaura mirabilis.
According to  http://srs.britishspiders.org.uk/portal/p/Summary/s/Pisaura+mirabilis the species is found in a wide variety of habitats. Adults tend to occur in reasonably tall vegetation in habitats such as rough grassland, woodland rides, field edges, heathland, gardens and marsh edges. The species is easily recognised even in early immature stages. It is extremely variable in colour, much of which appears to be genetically determined. 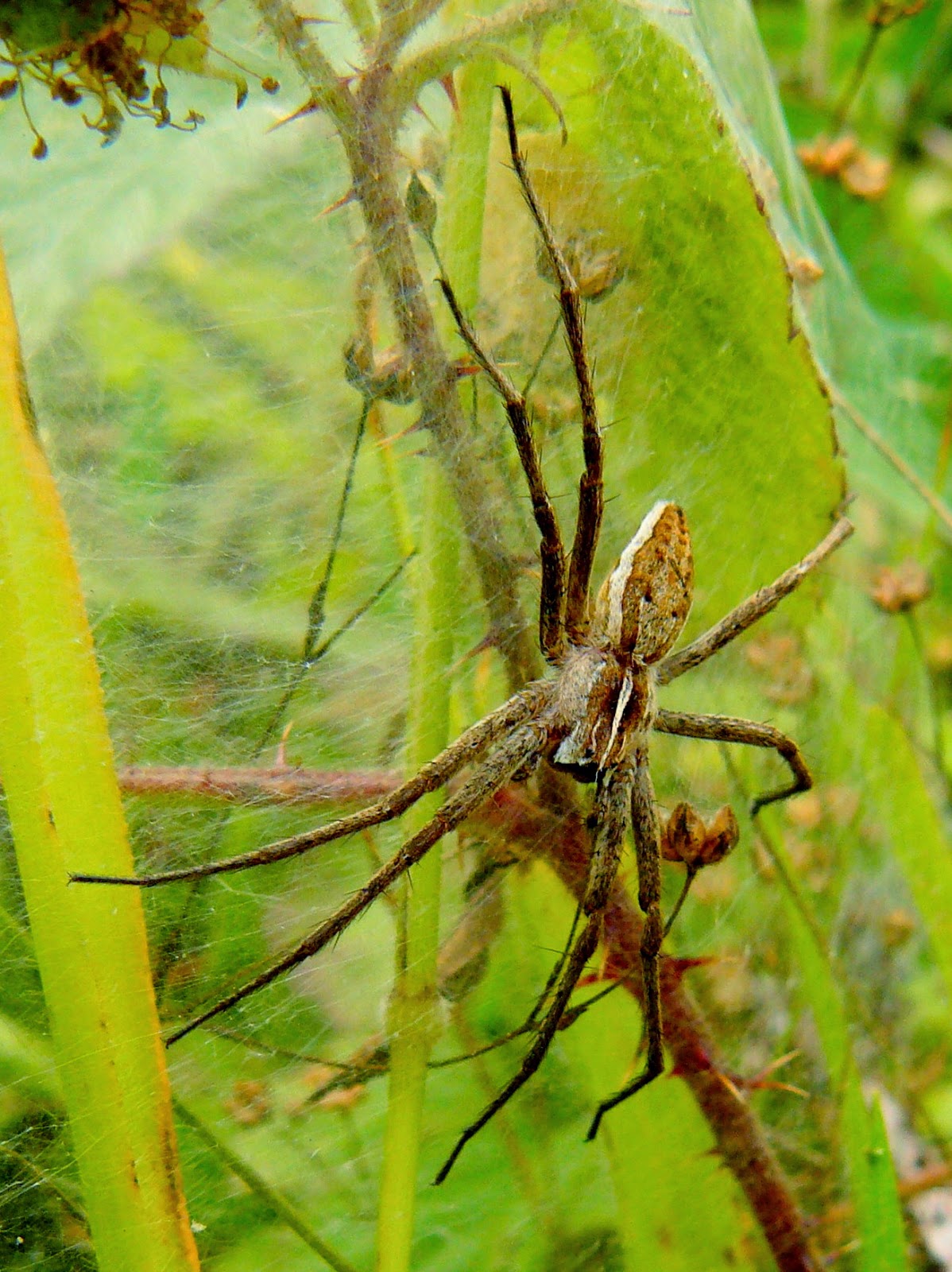 Adults of both sexes are found mainly between May and July. The male catches a fly or other prey item as a courtship 'gift' for the female during mating. The female carries the egg-cocoon in her chelicerae until the eggs are about to hatch, when she constructs a tent-like web in tall herbage in which young remain until they disperse.
What an amazing lady!

Digital cameras are marvelous to magnify and record such details of the richness of our wildlife in an unimproved and uncultivated meadow in Surrey.