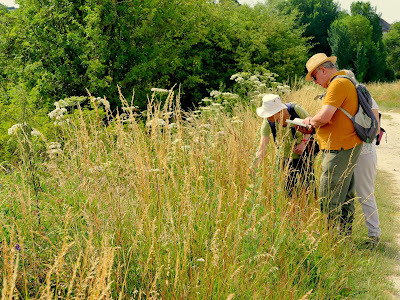 It was a glorious July day when six of us set off across Amberley Wild Brooks to see what we could find.  Only three damselfly and dragonfly species were photographed but the many other plants and creatures seen more than compensated.  And that is the joy of being with a group of naturalists -- one sees more than one would alone. 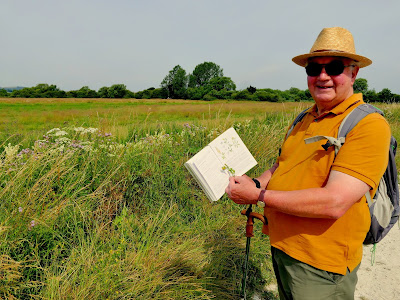 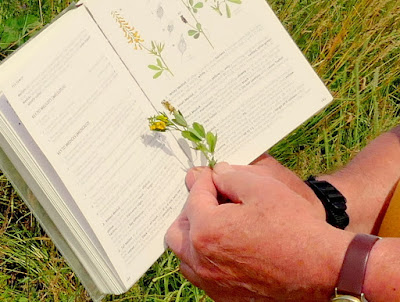 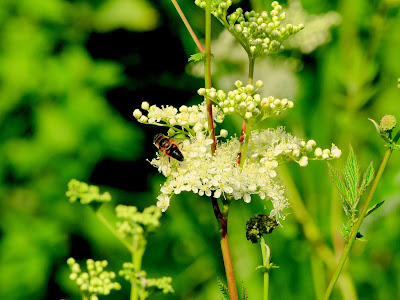 The ditches were lined with Meadowsweet, Filipendula ulmaria.
A hoverfly, possibly Microdon mutabilis was on this flower.  If so, its larvae live in ants nests preying on the eggs and larvae of a various ant species, often, but not exclusively, in wet or boggy situations. 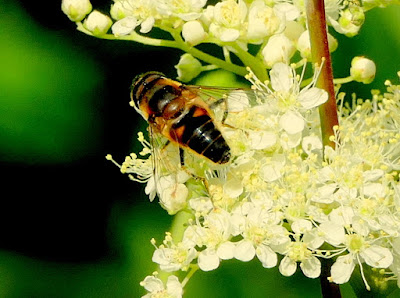 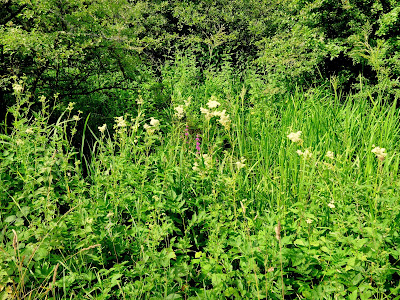 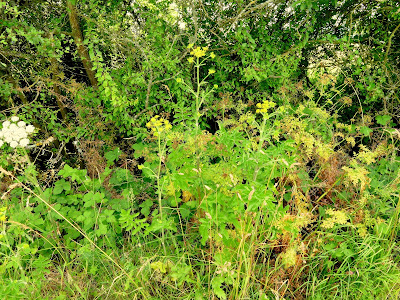 Wild Parsnip, which is poisonous: the sap causes blisters with sunlight. 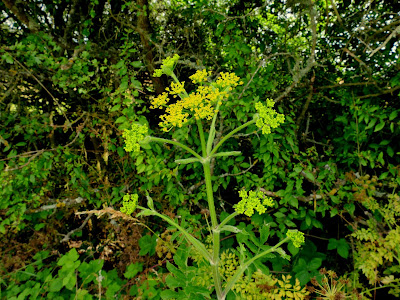 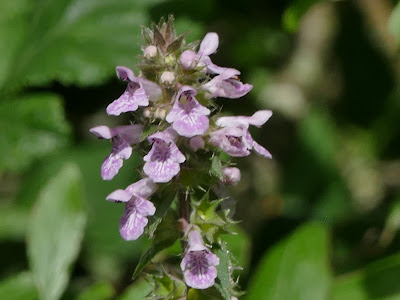 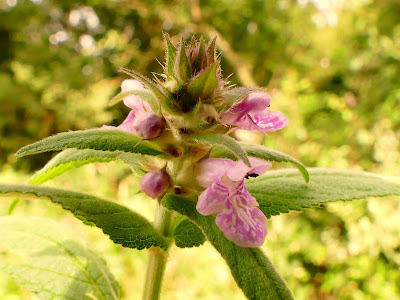 A Woundwort, but which one? 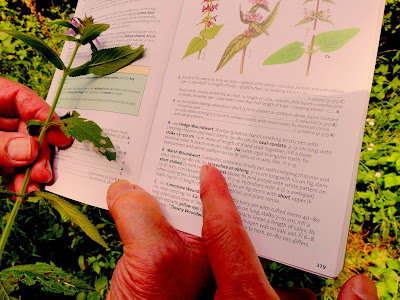 Ah yes!  Marsh Woundwort, Stachys palustris.  That fits as we are on the edge of Amberley swamp.
Hundreds of tiny flies were swarming around this puddle. 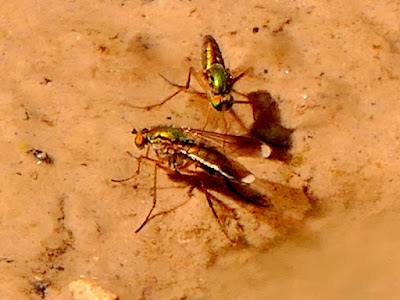 I have seen them on my garden pond: the males flashing their wings to attract a female. 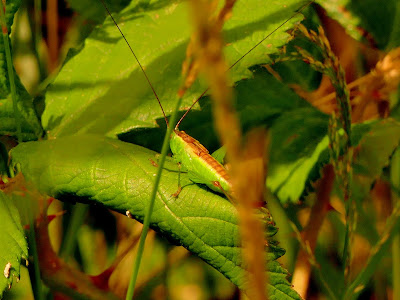 There were hundreds of tiny grasshoppers that I did not photograph.  Here are a few of the bigger ones. 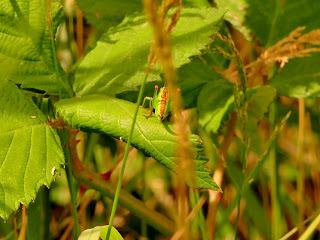 This fine insect is a Short-winged Cone-head - Conocephalus dorsalis, a female with large ovipositor.
Common in southern England, it likes wet meadows lowland peatland and reed beds.  Amberley Levels then. 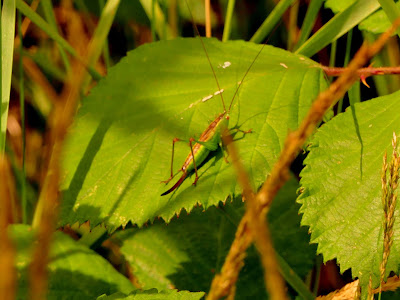 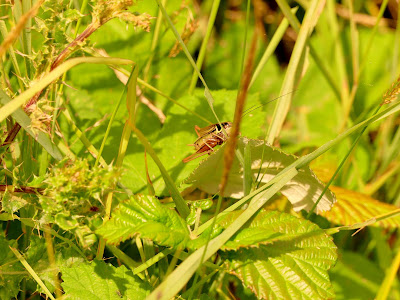 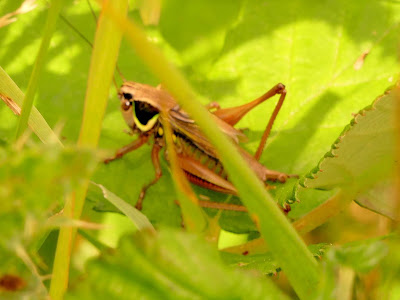 Above is a male with short wings. 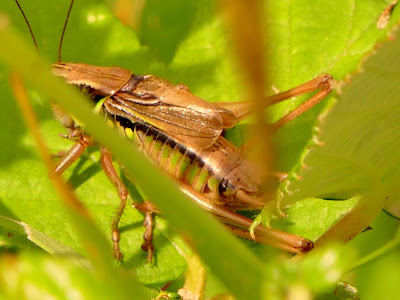 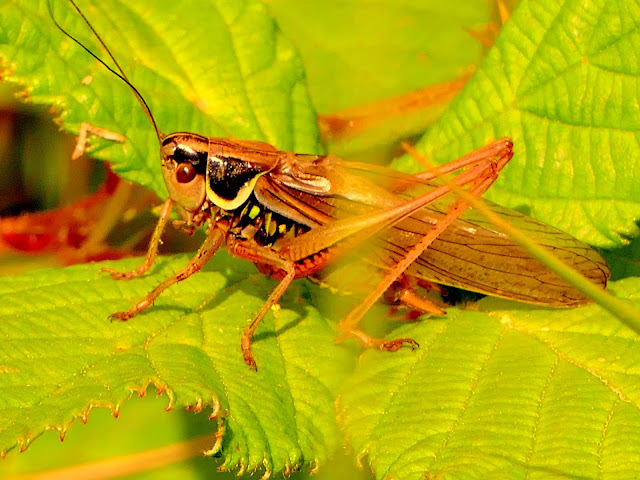 Whereas this one has large wings and is much rarer.
Smaller and with short antennae, this is a Meadow grasshopper, Chorthippus parallelus 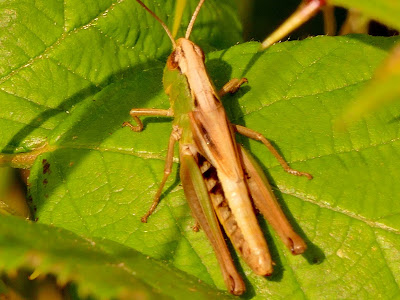 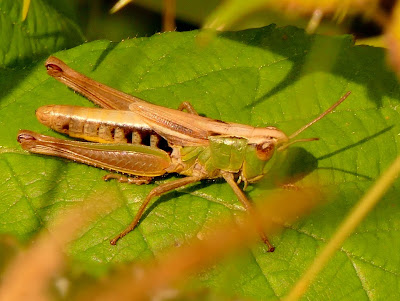 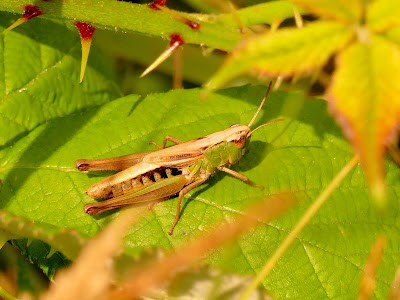 Dragonflies and Damselflies
We saw few flying or resting. 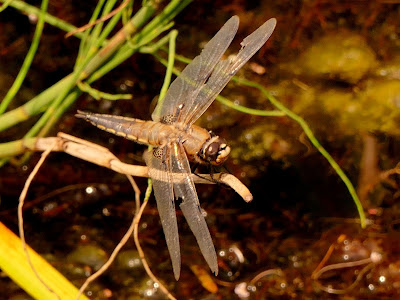 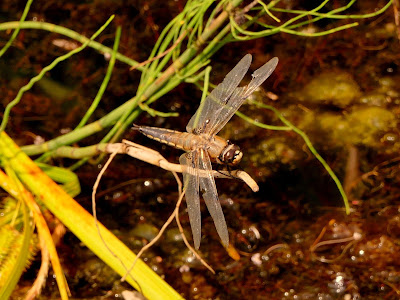 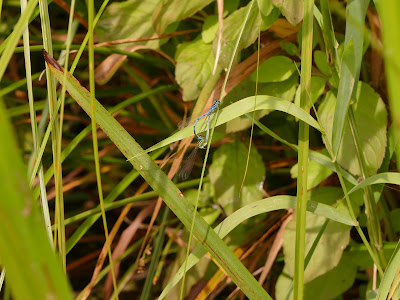 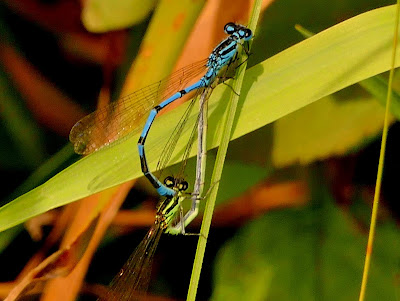 See http://www.peterlovetttalks.co.uk/product02.html if interested in a talk on these amazing insects. 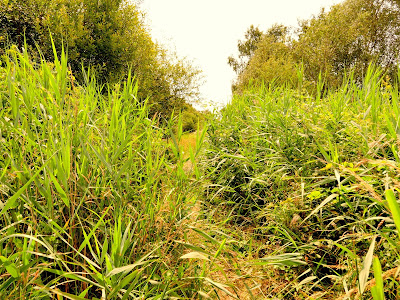 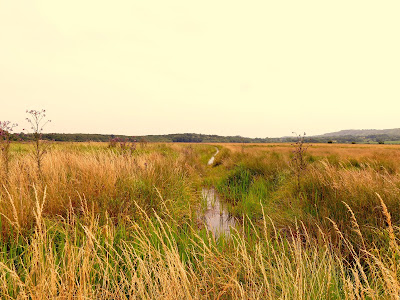 Nipplewort, Lapsana communis a member od the Daisey family.
The following clip is very poor quality and is shown only because the Black-headed gulls were flying across the meadows swerving presumably to catch insects.  Something that I had not observed before.

This walk was three miles and we spent three hours enjoying our natural surroundings followed by refreshments in The Black Horse. https://www.amberleyblackhorse.co.uk/
At an overall pace of one mile per hour these nature walks are likely to frustrate anyone looking for a straight walk at 3mph+.  It was lovely though to take time to just stop, stare and enjoy our wildlife with relaxed company.  Thanks to you all who came yesterday.

My next nature walk, linear 3.6 miles, "In search of Broad-leaved Helleborines" may be next week if the weather looks fine, from East Dean car park.  The route is; bus to Exceat. Friston Forest, Friston Place, Friston Church*,  East Dean, Hikers Rest Cafe.  The route involves frequent quite steep elevations and descents.  And the time depends entirely on what is flowering and flying.

Or, I might just go somewhere for butterflies and "The Pride of Sussex" 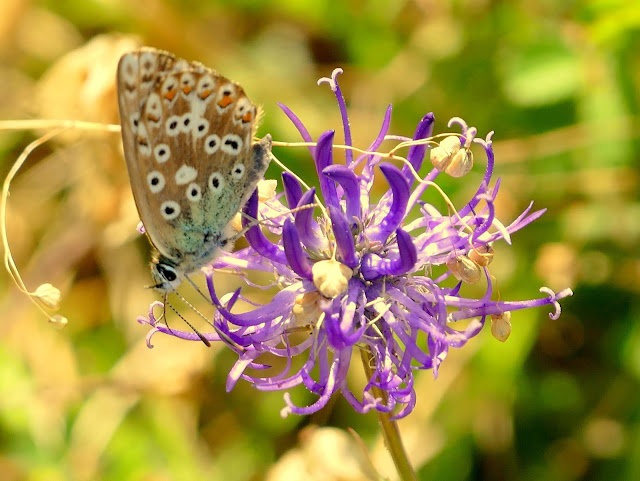