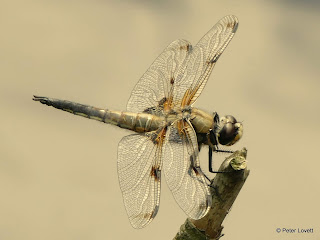 On 11 July 2018, we (William Coleman and I) set off from Horsted Keynes in search of Odonata.  We walked sections of the Greenwich Meridian Trail and other paths and spotted eight Odonata species.  Above Four-spotted Chaser, Libellula quadrimaculata. 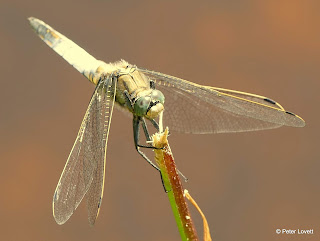 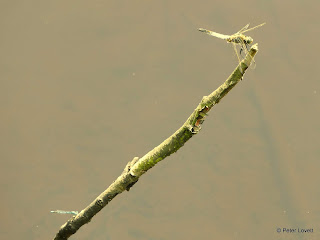 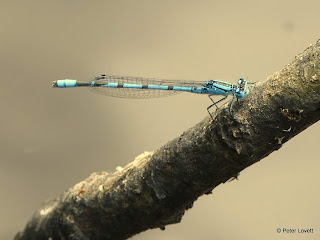 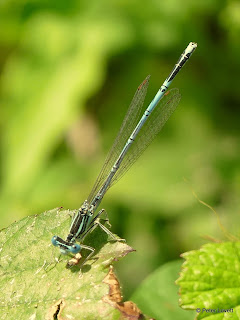 This Damselfly is what we had hoped to find --- a White-legged Damselfly, a male, Platycnemis pennipes. 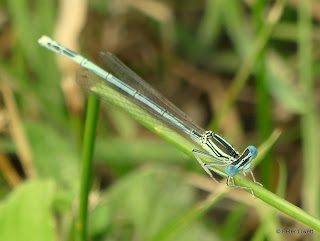 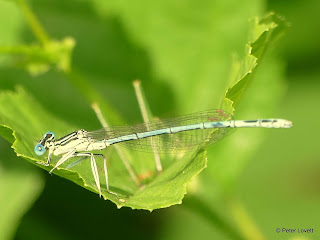 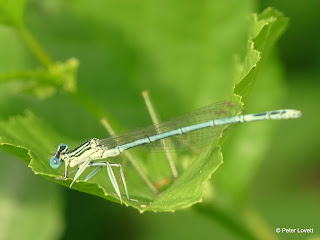 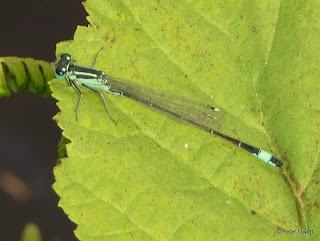 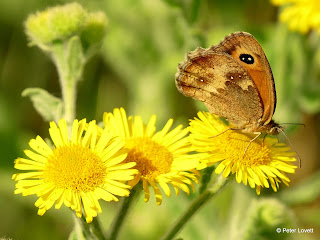 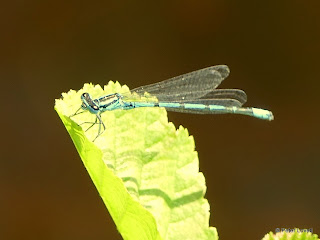 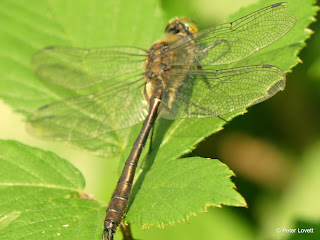 A fleeting shot of what may be a Downy Emerald, Cordulia aenea.  These are grainy images so any corrections are welcomed. 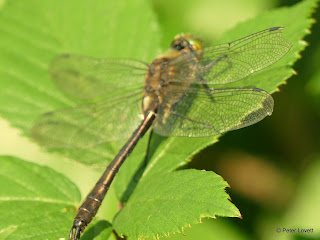 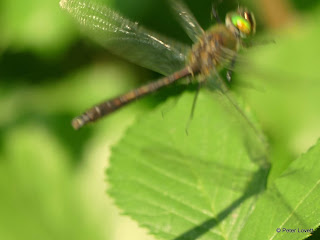 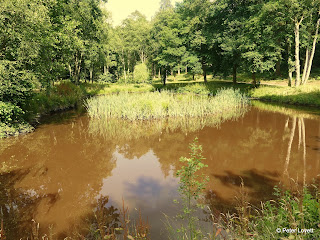 Danehill Brook feeds into this small, rather mucky looking pond, which had at least three species flying around: all difficult to identify from fuzzy pictures. 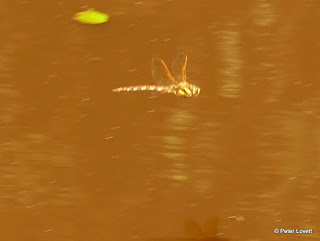 This just might be a Common Hawker female Aeshna juncea.  The abdomen colours don't look right to be a Brown Hawker.  If it is a Common Hawker then this is a rare sight in Sussex.  It is described as "largely absent from much of eastern and south-eastern England, which lacks suitable habitat."  Source: Field Guide to the Dragonflies and Damselflies of Great Britain and Ireland. 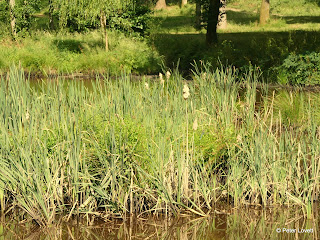 If you expand this picture then you can see a blue and green dragonfly. 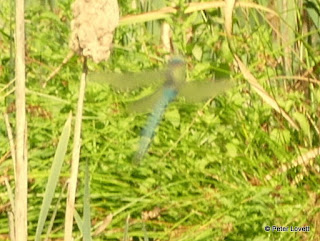 It is possibly an Emperor, Anax imperator. 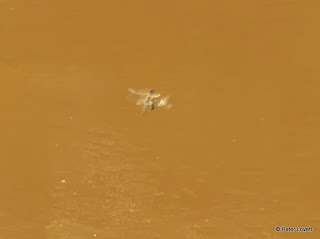 Also flying around was what appears to be a pair of copulating dragonflies: which species though is unclear.  From the size and flying pattern perhapsthey are Black-tailed Skimmers but it is impossible to confirm that. 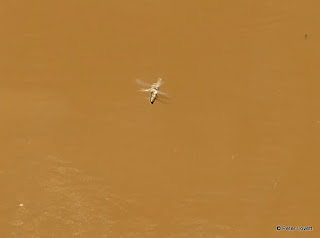 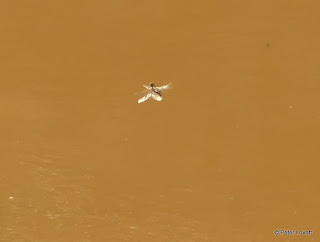 Click on any picture to expand it.  See also details of my illustrated talk at http://www.peterlovetttalks.co.uk/product02.html