A smooth newt searching for dragonfly eggs in broad daylight? 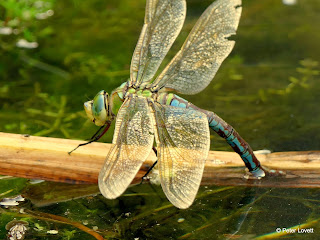 An Emperor dragonfly laid eggs in or on a dead iris flower stalk this morning in my garden pond.
That was a normal occurrence each year. 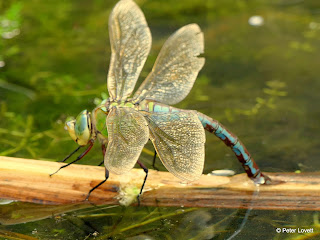 What happened next surprised me. 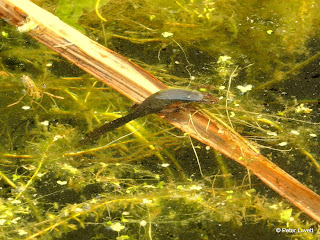 A smooth nest surfaced on the stalk, which it crawled all over and around, in bright sunshine on the surface of the pond. 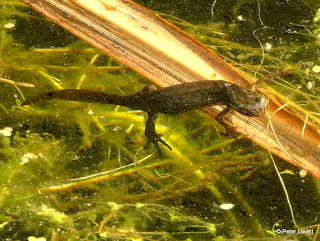 Was it sniffing out a tasty morsel of freshly laid dragonfly eggs?  If not, as a usually nocturnal creature why risk predation from birds? For herons do drop in occasionally. 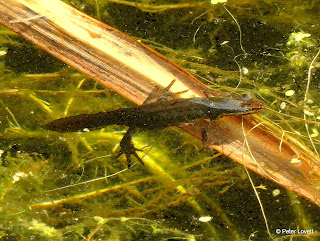 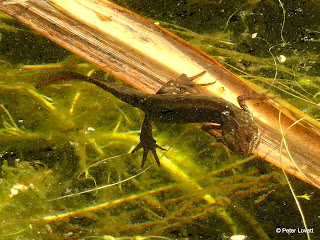 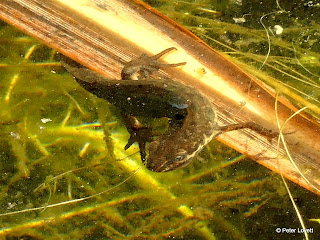 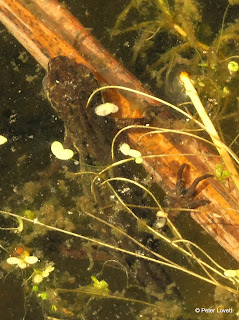 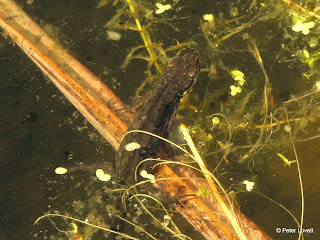 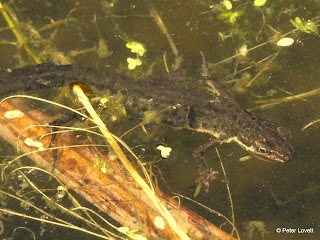 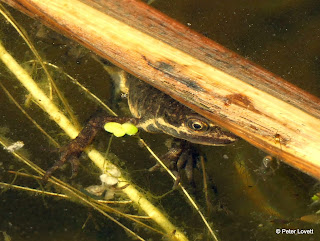 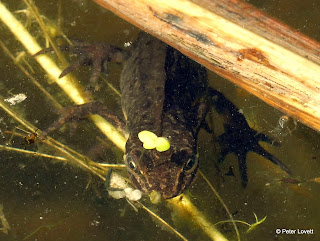 I have observed an Emperor being attacked and dragged under water by a gang of newts in this same pond before.  Whilst below, a dead Broad-bodied Chaser is being dismembered by a couple of newts as its juices are being sucked out by a pond chaser. 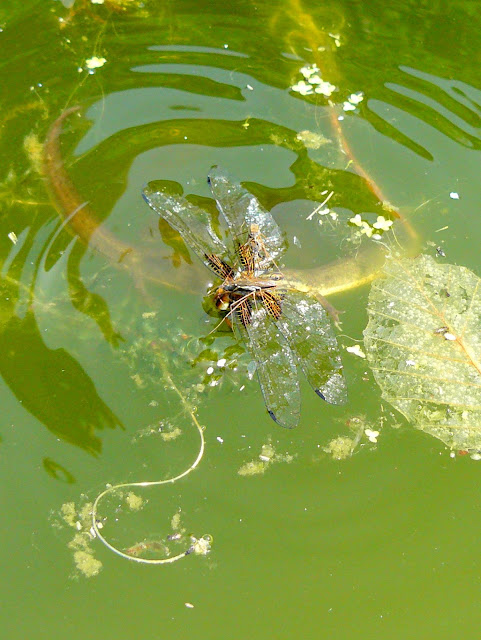 Newts are partial to dragonflies like this dead chaser in the same pond in an earlier year.  See https://sussexrambler.blogspot.com/2013/06/broad-bodied-chaser-dragonfly-corpse.html

Perhaps this newt was simply looking for an egg laying dragonfly.  Its behaviour remains a mystery.
Click on any picture to expand it.
http://www.peterlovetttalks.co.uk/product02.html for my talk on Dragonflies and damselflies.
Posted by Sussexrambler