A nature walk in The Netherlands: Red-tailed bumblebee on Butterbur, Great tits, Willow tits and hundreds of Barnacle, Greylag and Egyptian geese. 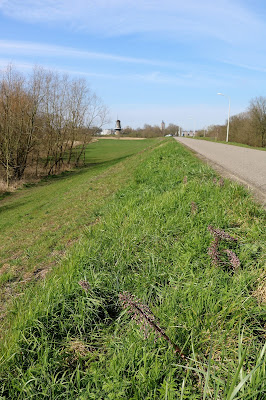 The historic town of Gorinchem sits by a great river protected by a rampart and dykes.  Above a Butterbur species was flowering on the bank last Friday, 1st April. 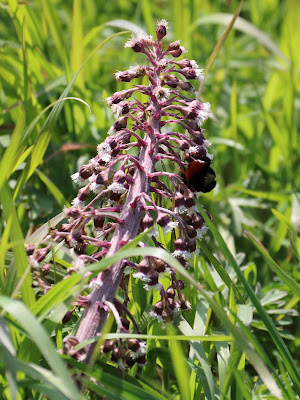 A red-tailed bumblebee queen was foraging.  Click on any picture to enlarge it. 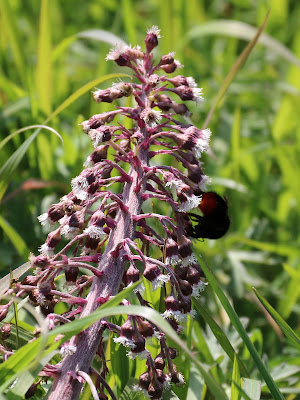 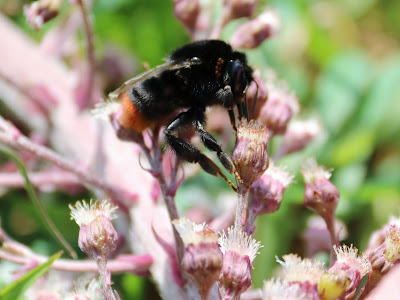 She was carrying a number of mites, which is a common phenomenon and apparently they are not feeding on her per se, rather hitching a lift to her new nest where they will live and feed. 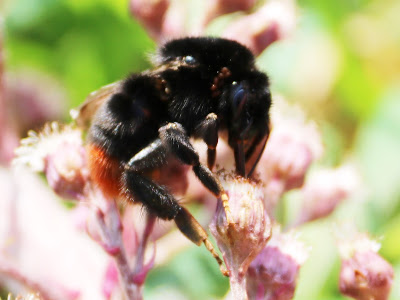 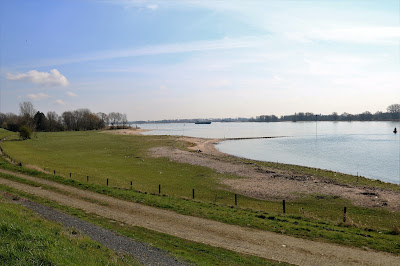 Some decades ago the bank and lock gates were raised a meter or so against high river levels.
On the meadows were an estimated thousand geese an this few miles walk along the riverside. 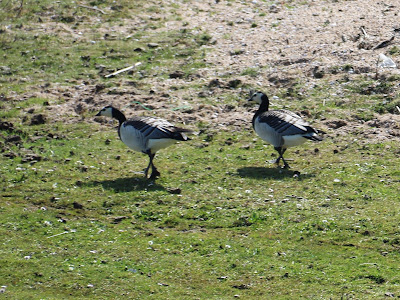 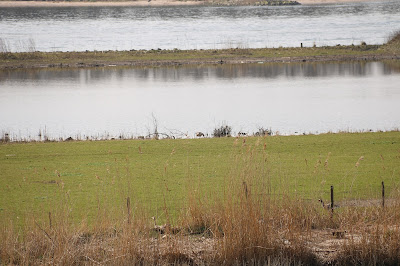 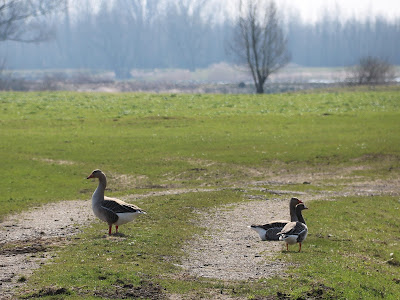 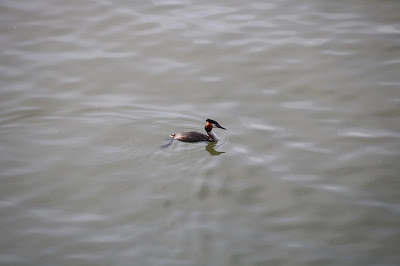 Just one of scores of Great-crested grebe on the river. 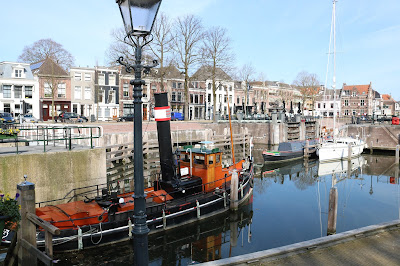 A steam tug by the lock in Gorinchem.