Colt's-foot; a fascinating plant at Samphire Hoe, Kent and in the Surrey Hills. 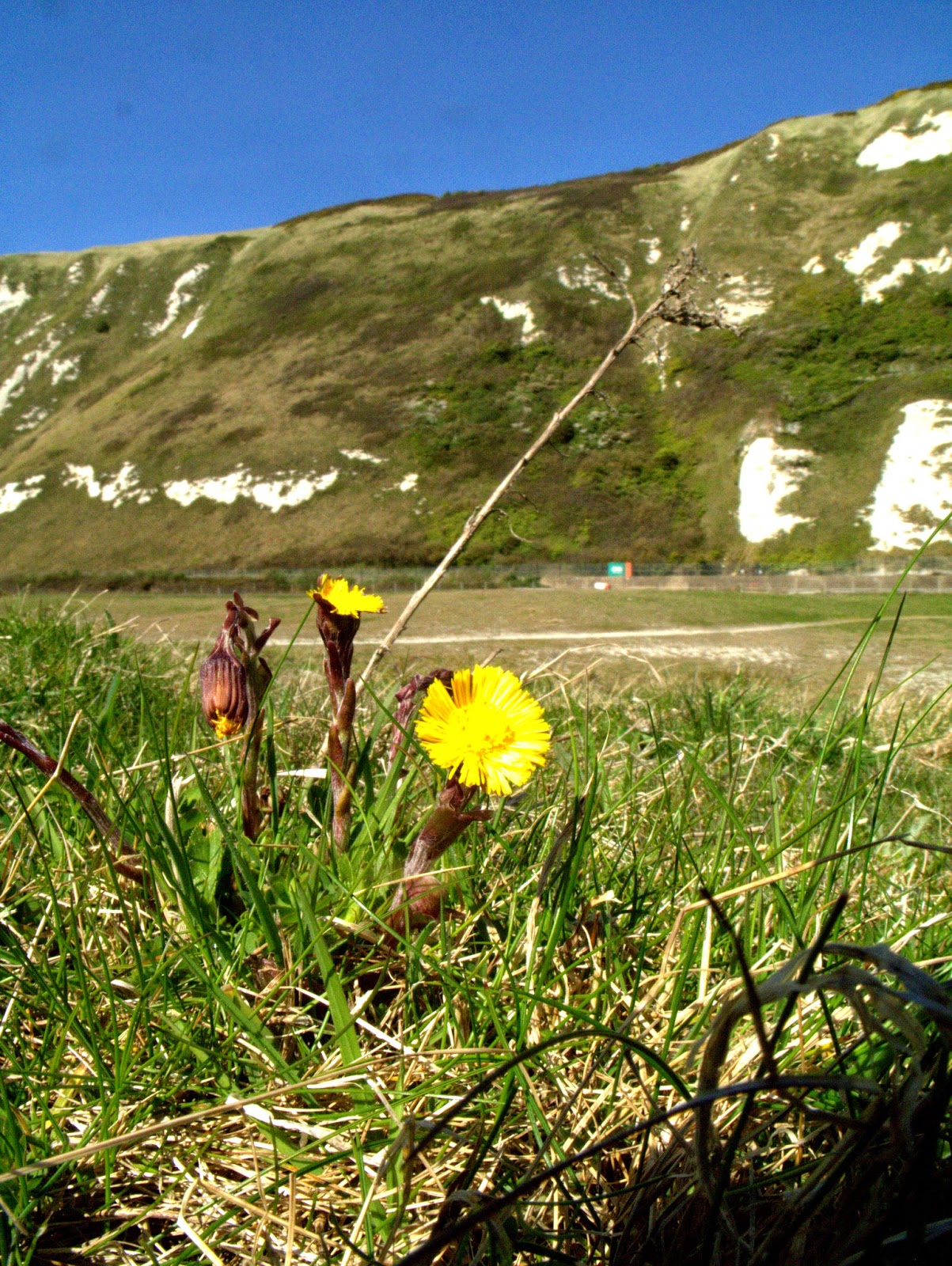 Samphire Hoe is wasteland created from the channel tunnel spoil.  Such wasteland is ideal for Colt's-foot, Tussilago farfara.  It pushes up its flowers from stout scaly runners before any leaves appear.  These pictures were taken on 14th April 2015. 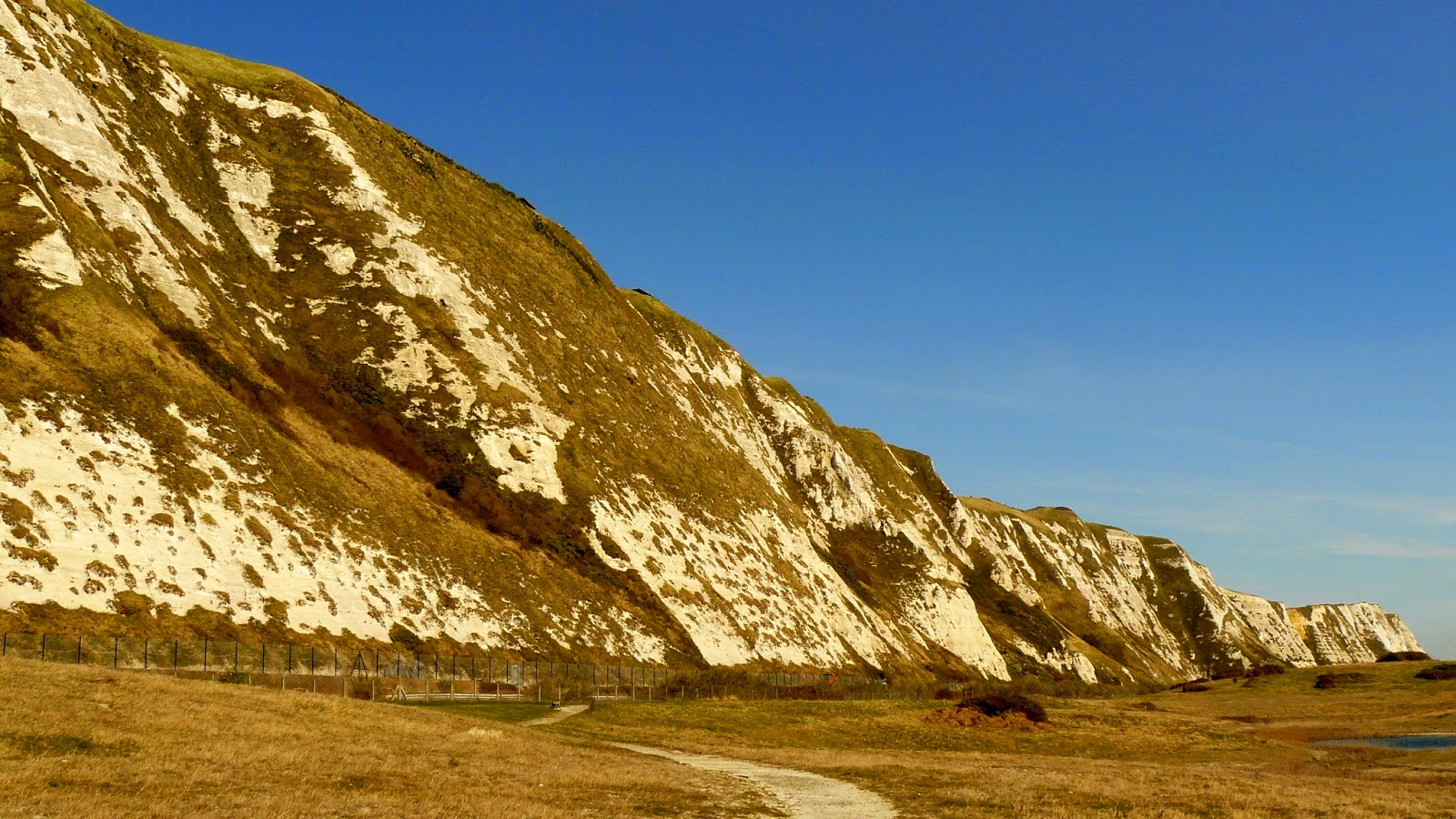 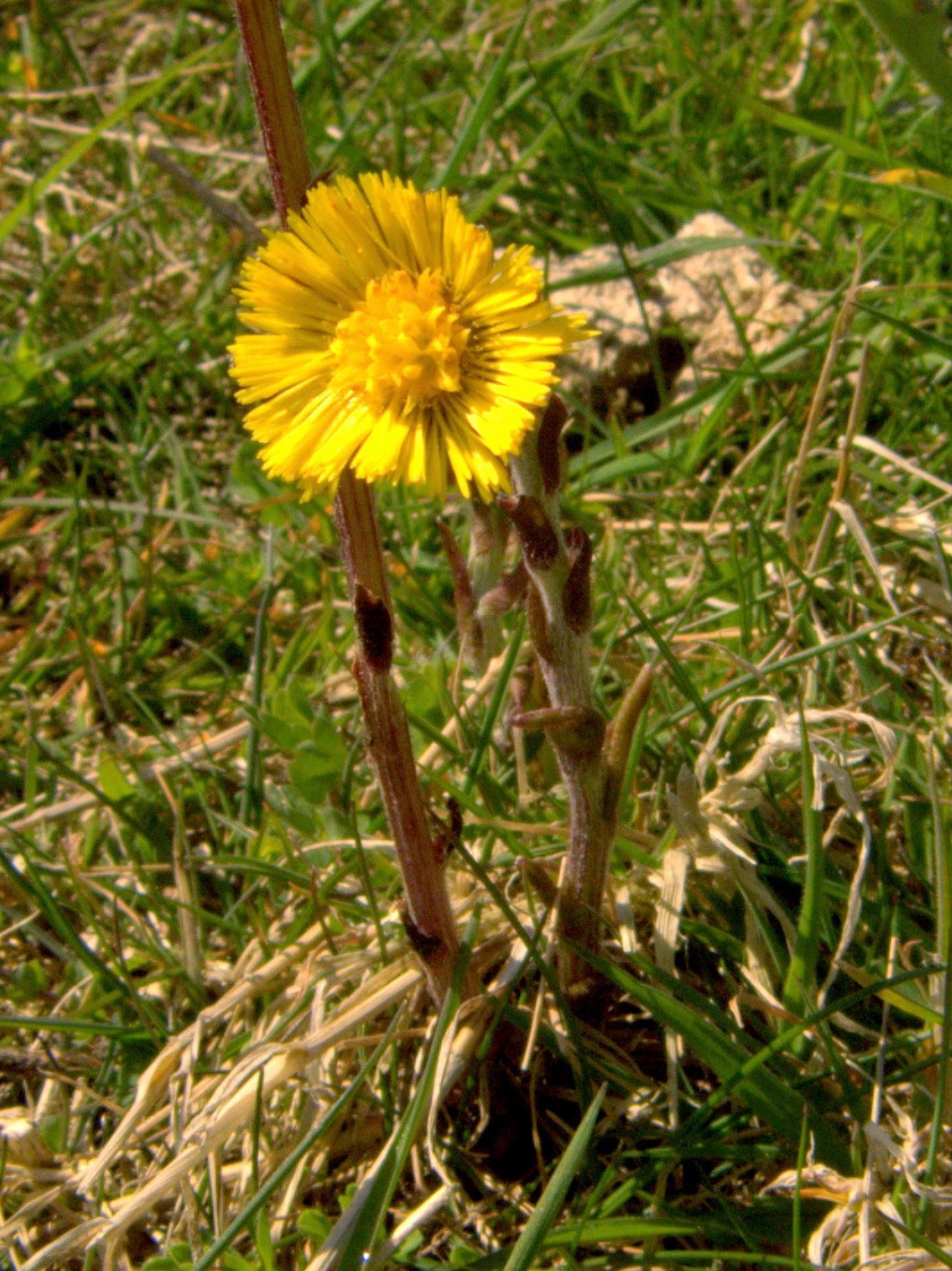 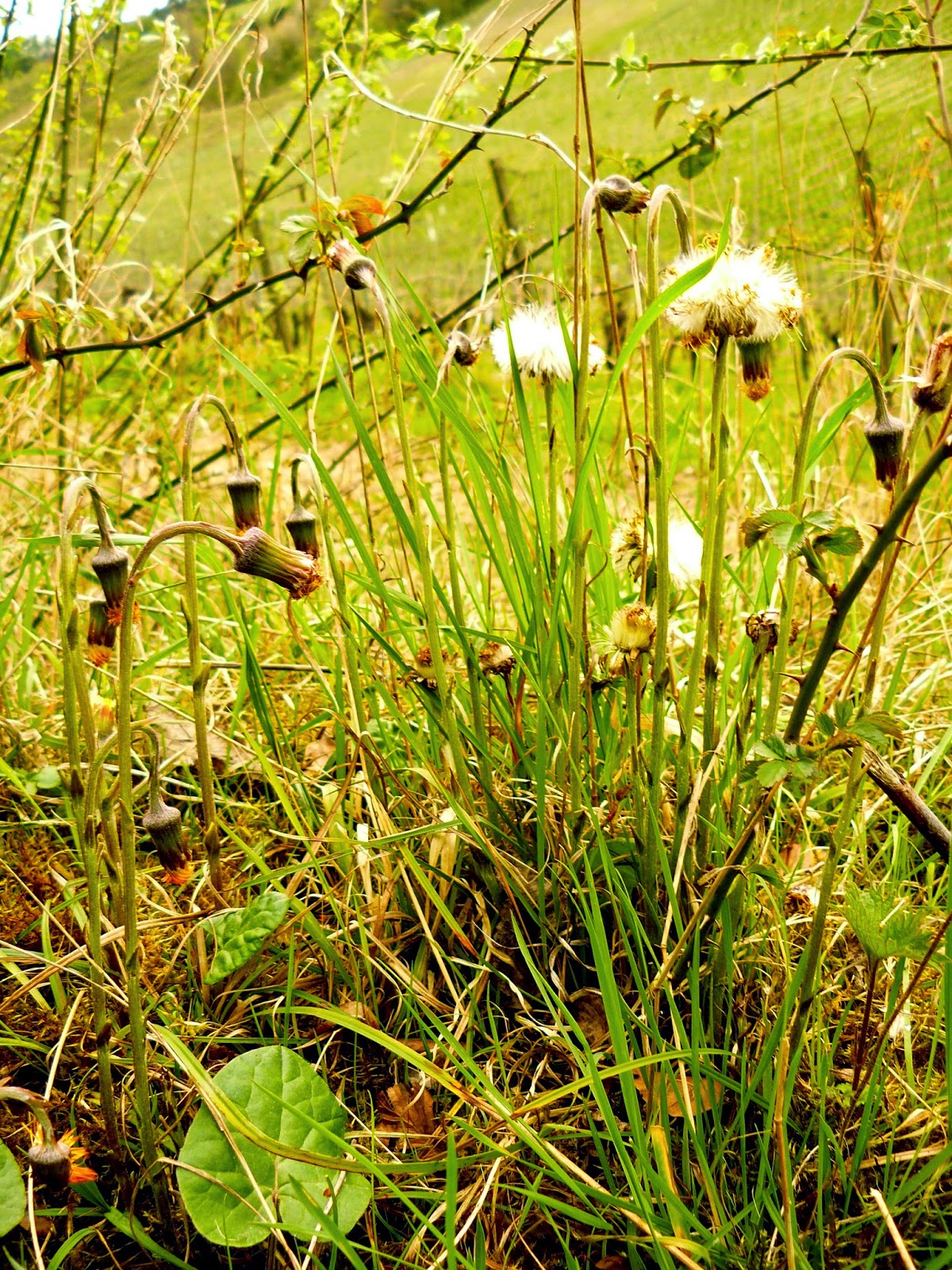 Just eleven days later in the Surrey Hills, the plant has set seed and the leaves have appeared.
It is so named because the leaf shape resembles a colt's foot in cross section. 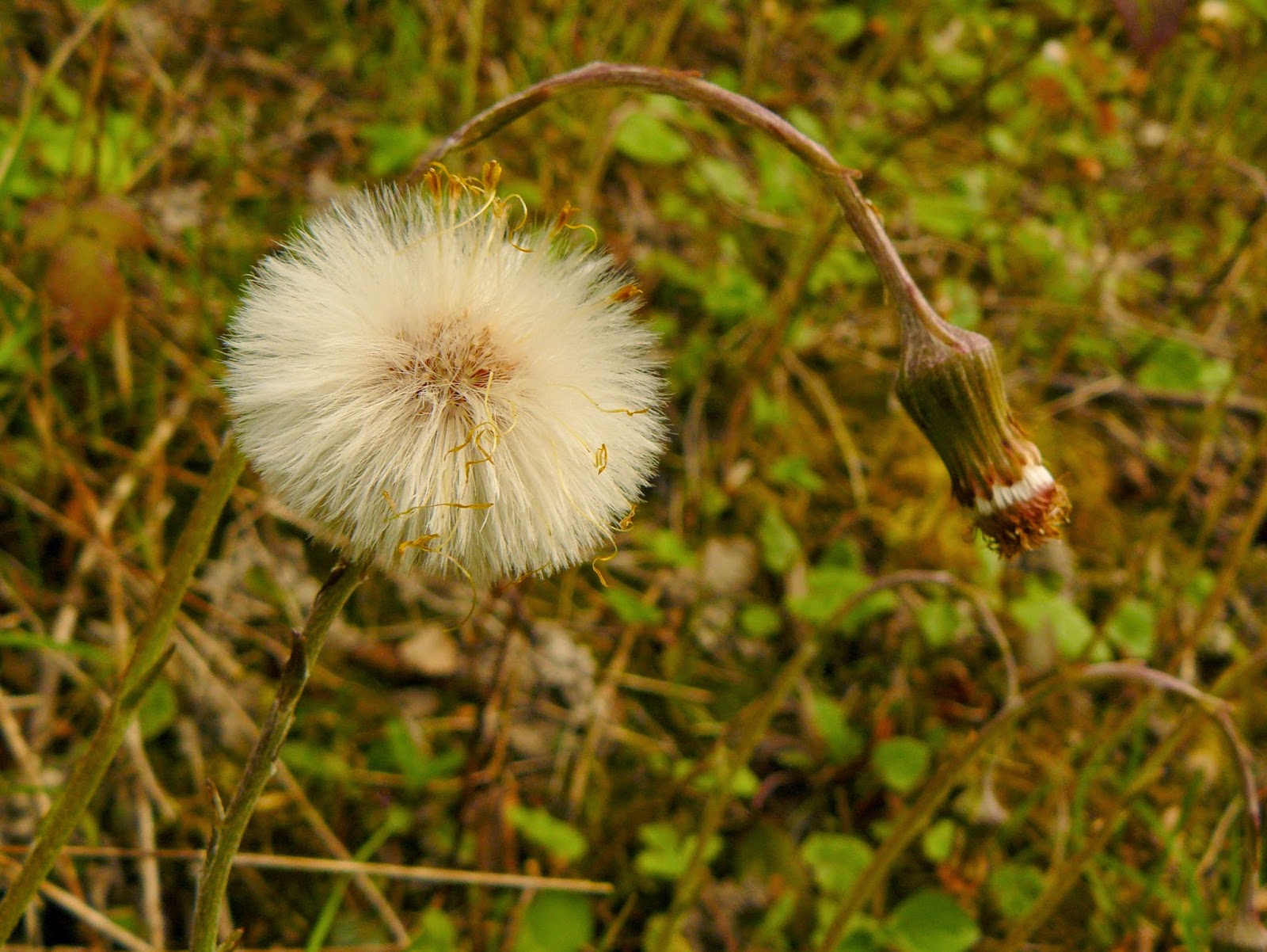 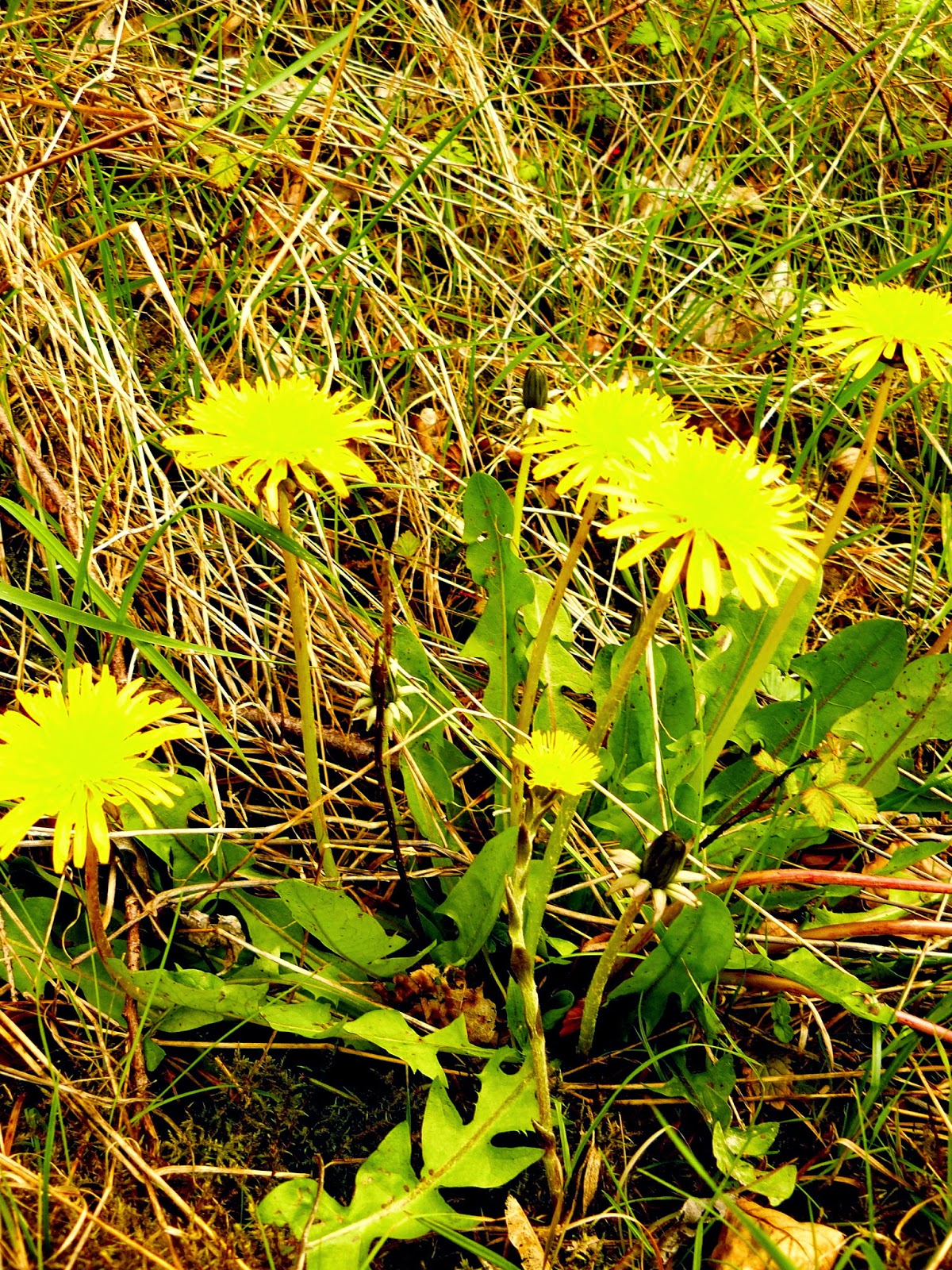 It really cannot be confused with dandelion flowers which are larger and lack the scales of the Colt's-foot flower above foreground for comparison.
Posted by Sussexrambler