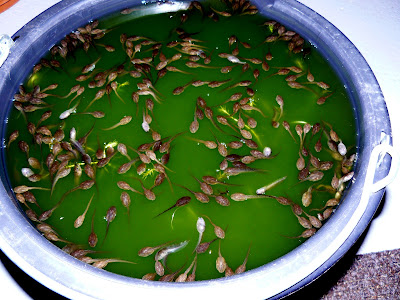 The builder's bucket of tadpoles gets hectic at night.  I imagine that it is because the zooplankton come to the surface at night.  And the tadpoles surface for this food.  This bucket is under cover in a "lean-to" by my kitchen, so is not fished by crows, which have in former years, waded in my pond to snap up a tasty meal of tadpoles.
The tadpoles lungs are developed now and they surface for a gulp of air before diving.  As they do so they blow a bubble, creating a noise similar to the sound of a fizzy drink after pouring. 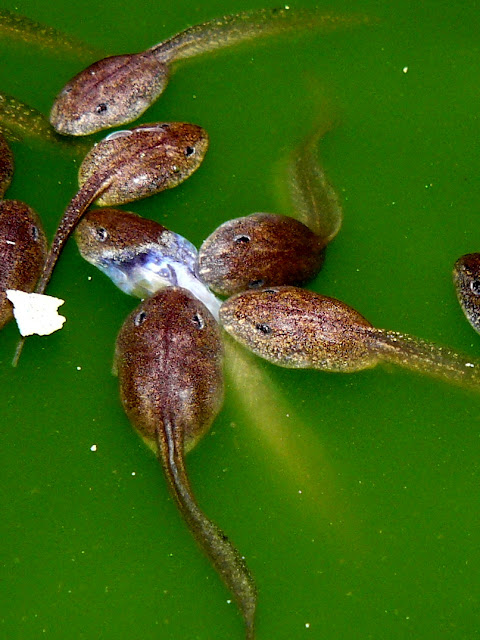 The water has been changed a few times, using a flour sieve to catch the tadpoles as the waste water is discarded.  Unfortunately one tadpole is now being cannibalised by its brothers and sisters, despite my gourmet provisions of wild salmon, cod, lamb's liver and goldfish food. 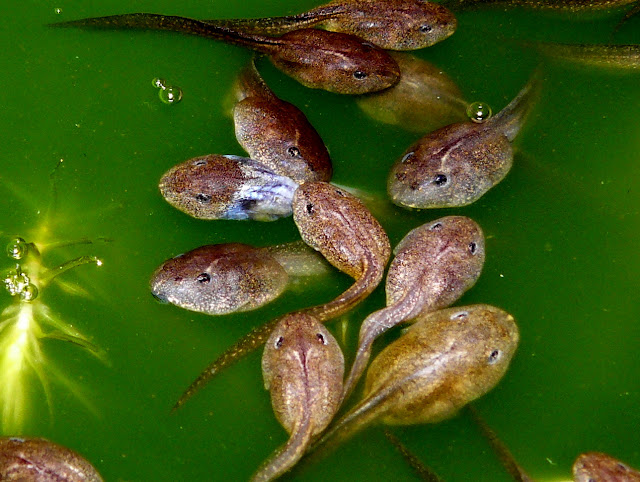 Life is cruel, yet the collapse of frogs in my garden pond from 86 (43 breeding pairs)  some years ago to zero this year requires some help.  These tadpoles (brought from Surrey) may revive the fortunes of frogs in my garden.  They are also needed to sustain a healthy grass snake population! 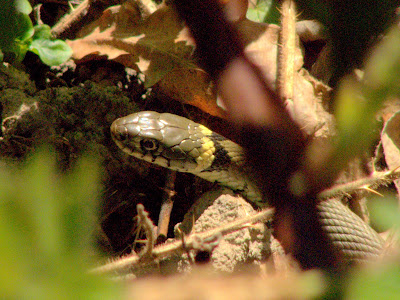 The above picture was taken 2nd April 2012 in New England Wood, Cuckfield during a sudden heat wave that brought the three snakes that I saw there into activity.
Posted by Sussexrambler