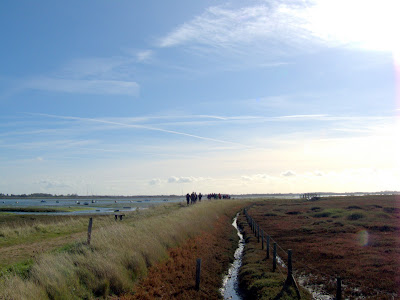 Thorney Island is a wild place.  Once an island, it is now connected to the mainland by reclaimed land and connected by road in 1870.
Although the island itself is dominated by the military since the RAF came in 1936 -- the sea and the coastal wild life prevail over all other factors. 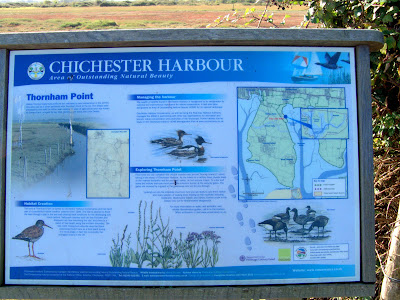 Click on the above picture, or any other to enlarge it. 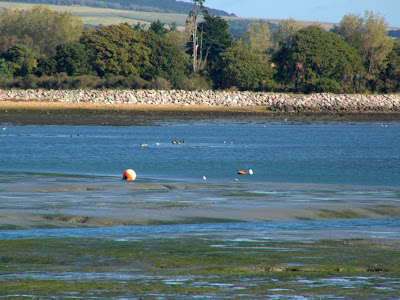 Right at the beginning of the walk were a few Brent Geese on a mud flat. 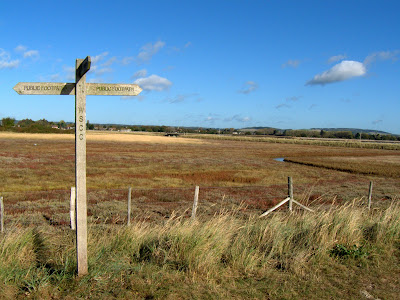 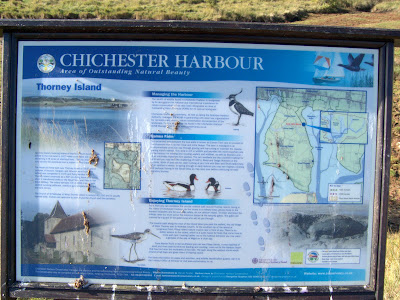 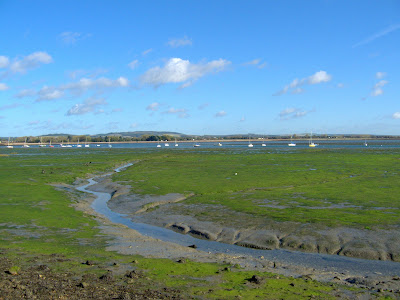 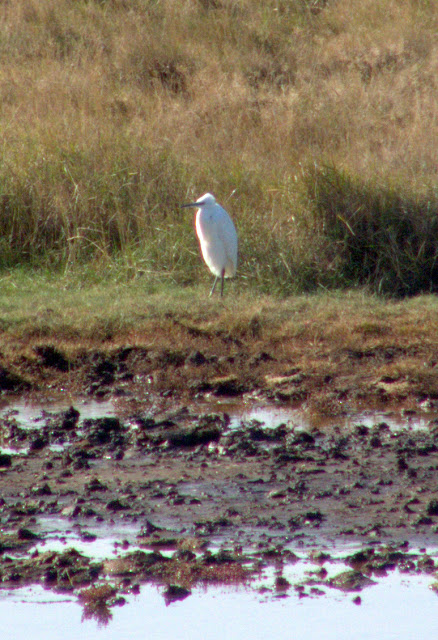 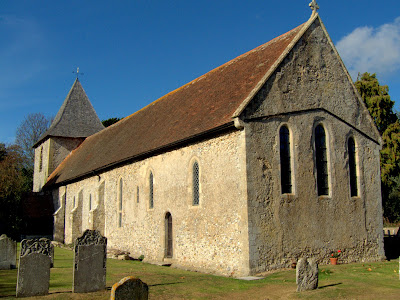 St. Nicholas' church in West Thorney dates from about the year 1200.  It is made of flint rubble dressed with Caen stone. 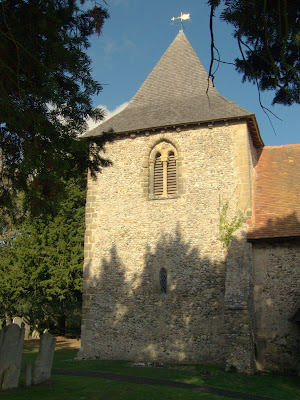 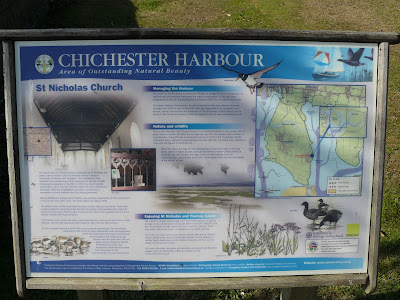 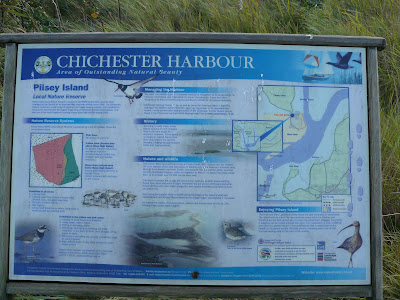 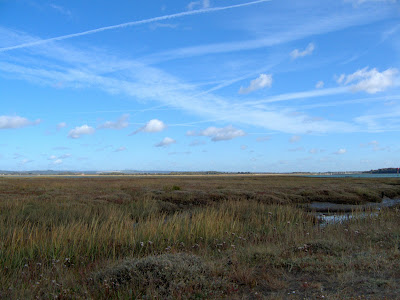 The view from Pilsey island towards Chichester. 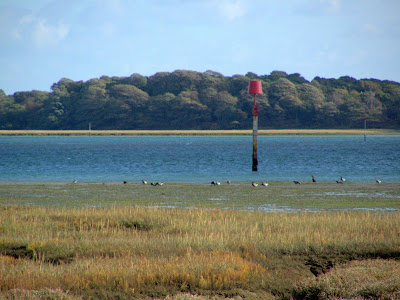 There were Geese on the shoreline. 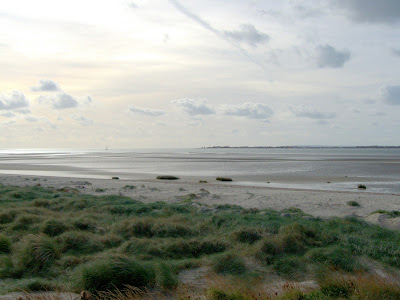 Hundreds of small birds, perhaps including Ringed Plovers were on the mudflats -- too far off to identify with binoculars. 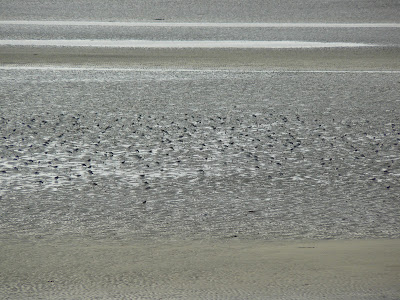 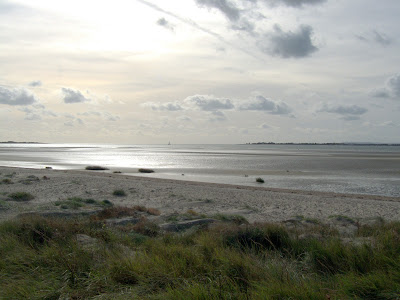 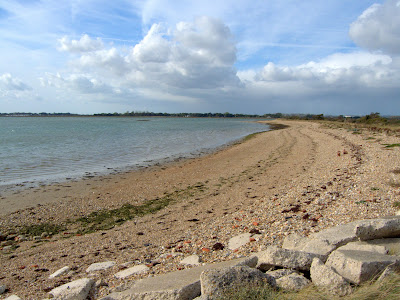 In this bay were lots of Brent Geese in the sea. 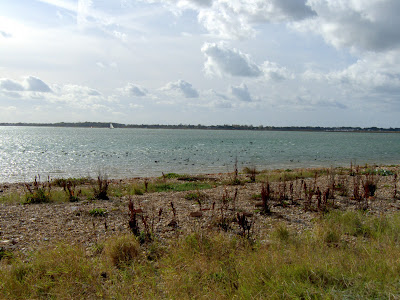 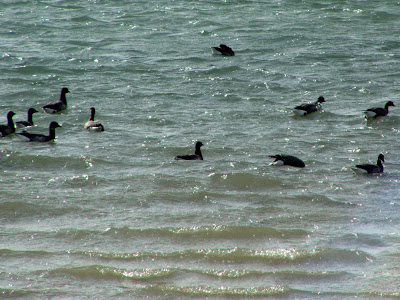 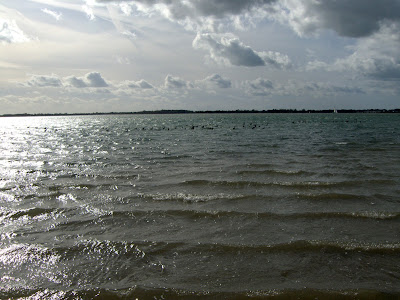 Click here for a link to the RSPB for more info on Brent Geese.  Up to 10,000 overwinter here -- around 5% of the world's population of Brent Geese. 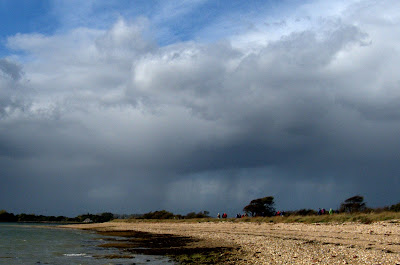 The weather was taking a turn for the worst.  We were about to be hit by a violent squall with what seemed like horizontal rain in squally winds like a proper gale. 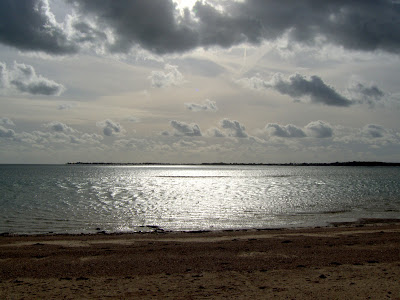 There was still fine weather to the south but we were heading into a squall. 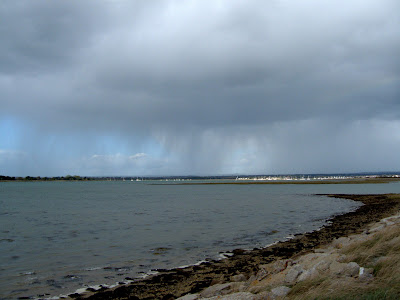 We could see the rain over the mainland before, minutes later, we were hit by a similar violent deluge and strong winds. 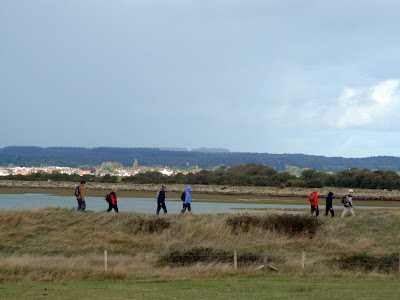 A great walk -- thanks Phil.  And we had dried out before tea and cakes in the fine cafe at Emsworth sailing club.
Posted by Sussexrambler