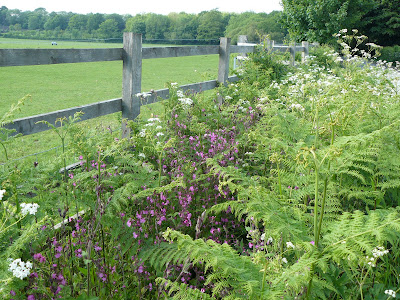 On this afternoon I left the Red Campion and Cow Parsley at the foot of Wolstonbury Hill to look for orchids.  Click on any picture to expand it.
I had expected to find lots of Common spotted Orchids, yet spotted none yet in this location.
There was a lot more orchids to see though, namely Common Twayblades to make this a wonderful afternoon stroll. 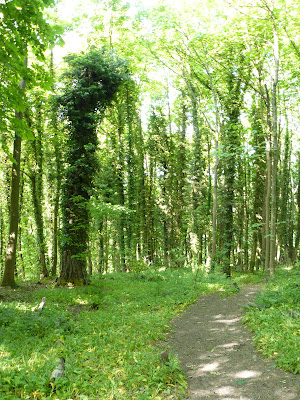 The northern slope of the hill is steep, with shady deciduous woodland.  Wild garlic pervades the air having now gone to seed. 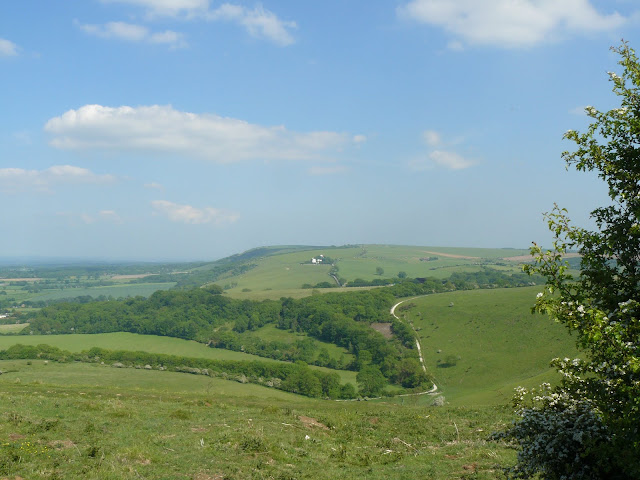 The view towards Jack and Jill windmills on Clayton hill. 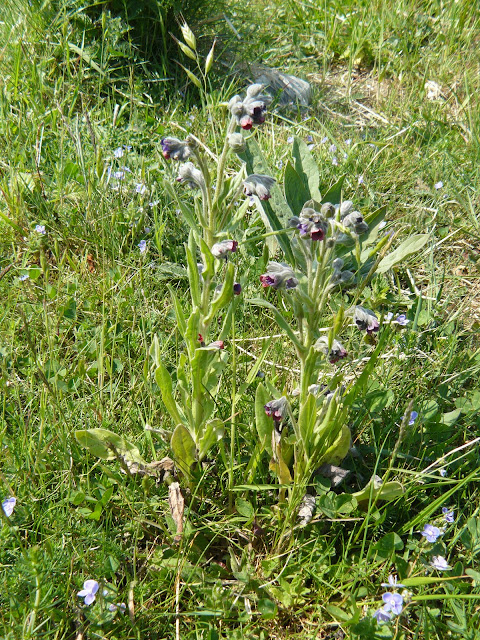 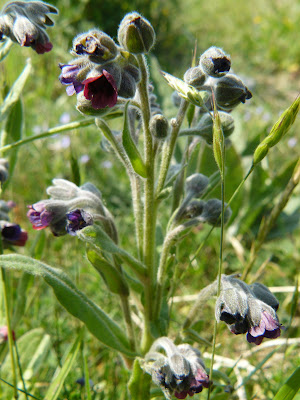 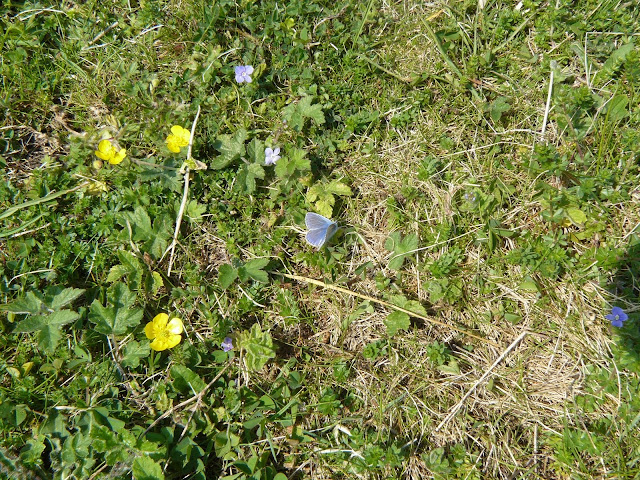 My field guide claims one flight period for Chalk-hill Blue butterflies from July to August.  Above, this looks like a male Adonis Blue, which is reported as having two flight periods in May - September.  So it is more likely to be an Adonis or Common Blue.  The females are brown.  Below is difficult to identify.  There were dozens of these Blues though on this sudden hot (21C) day. 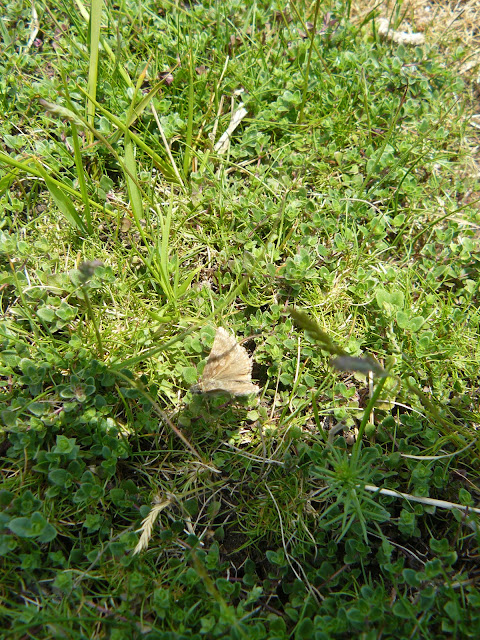 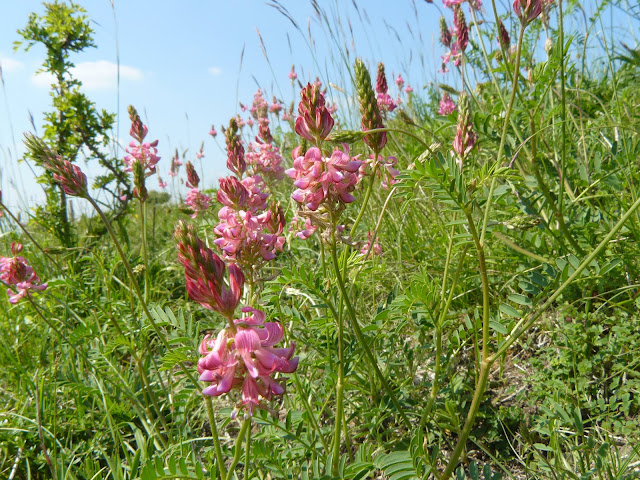 According to Wikopedia, Sainfoin is derived from Old French sain foin ("healthy hay") as it is a good fodder crop. 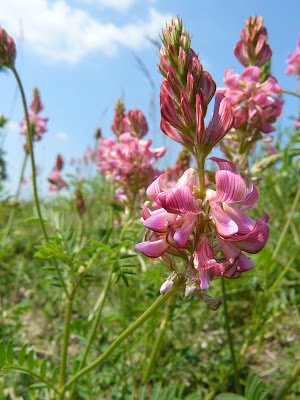 It is certainly very beautiful. 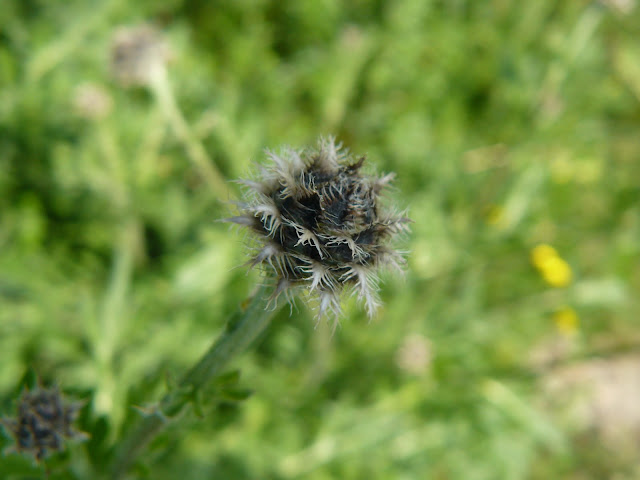 I haven't had time to figure what this is, but it is an intricate bud and possibly a Knapweed about to burst into flower.
Click on any picture to expand it. 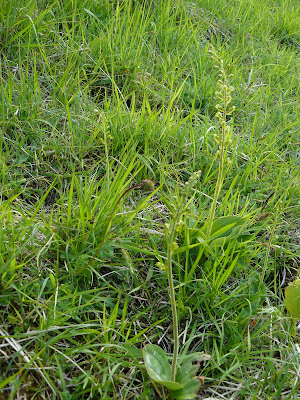 This Common Twayblade derives its name from old Norse meaning two leaves.
They are indeed, common on the hill at this time and are fascinating plants; the flowers look like little people. 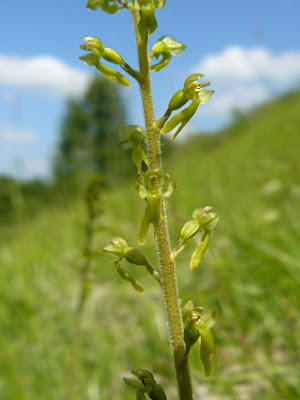 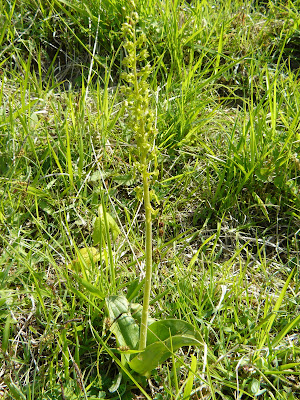 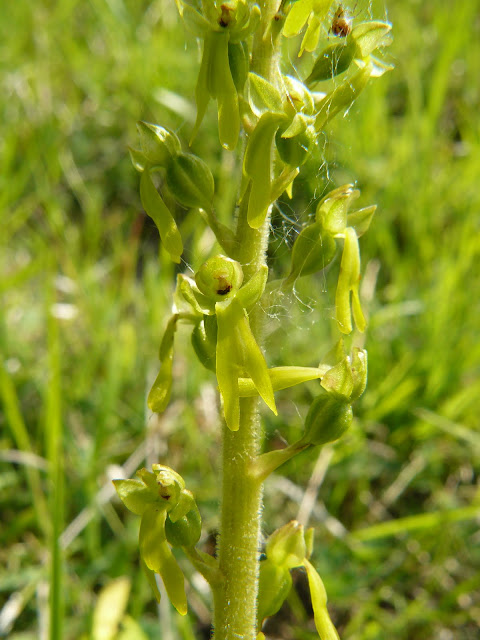 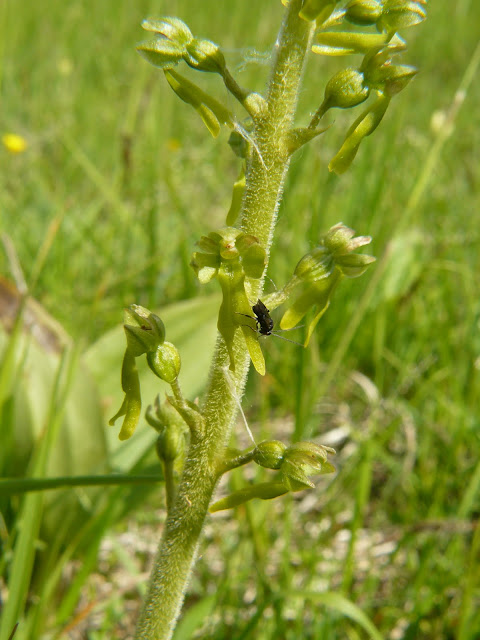 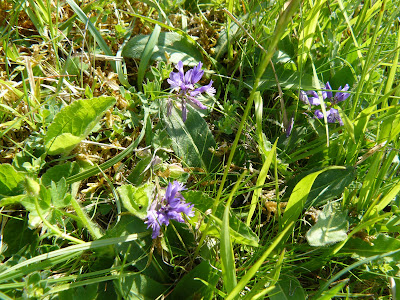 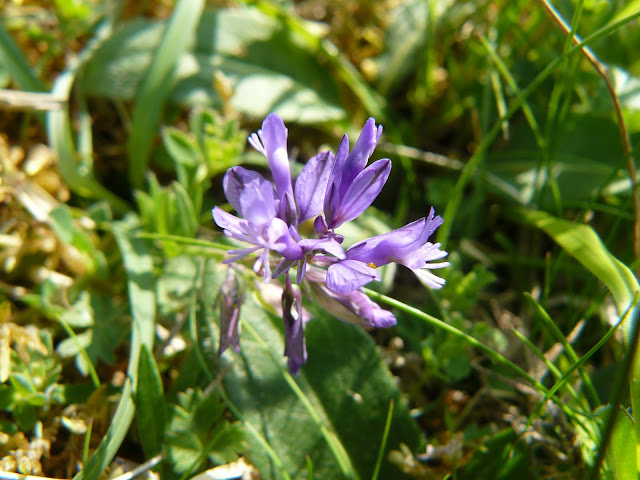 Below, looks like an Early purple Orchid, which is past its best.

There are many more orchid species yet to emerge promising more lovely walks to come. 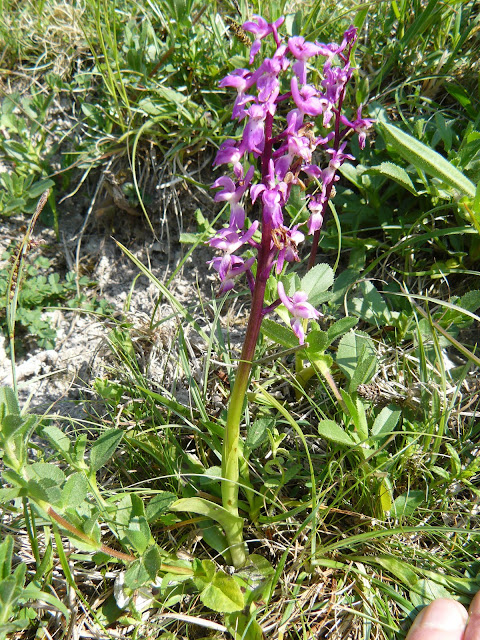