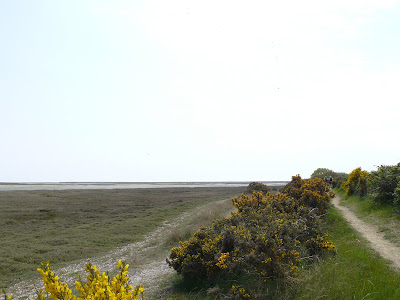 In light winds and 16C temperature, this was perfect weather for walking.  The harbour side path was full of red and white campion, gorse, thrift and bluebells.  Click here for a map of the route.
The walk was from the Mid Sussex Ramblers' programme, lead by me. 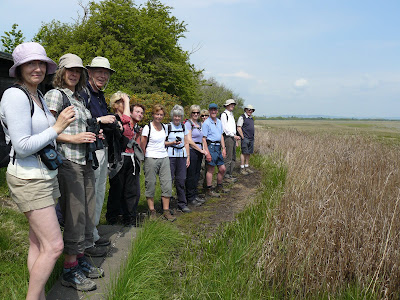 The tide was right out, which made bird watching less fruitful.  However, we did get some fine views of distant ringed plovers with a cameo appearance of a little egret. 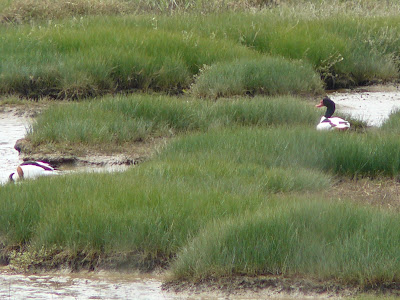 There were a number of shell ducks close by... 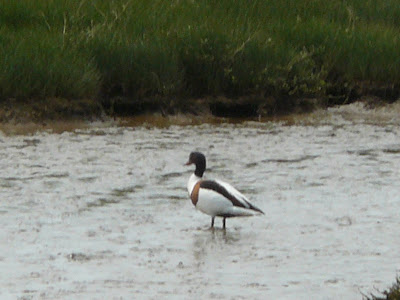 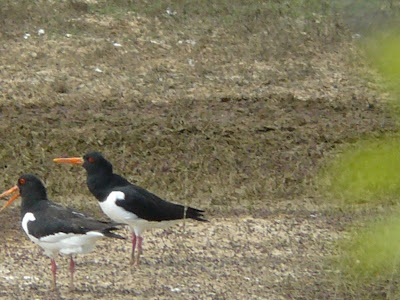 ...and this handsome pair of oyster catchers. 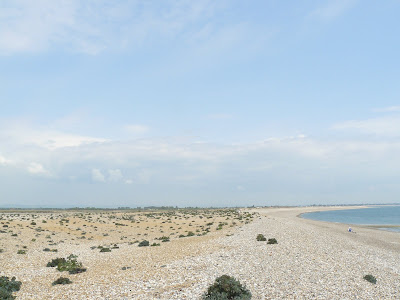 The sea kale was about to burst into bloom on the shingle beach. 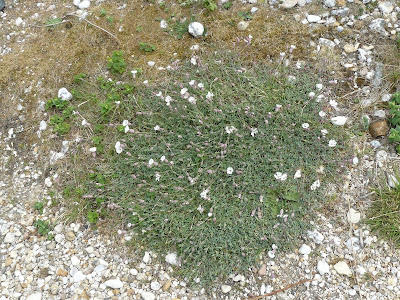 Sea campion was already in bloom. 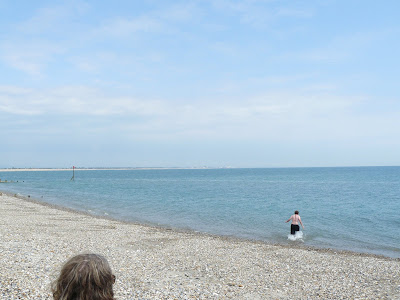 After a picnic lunch on the beach, we were entertained by Nicky who went for a swim.... and then went for a swim again -- just for the camera.  For sheer bravado Nicky is awarded the highly coveted "Sussexrambler award of Merit".  He is only the fourth person to be awarded such high honour! 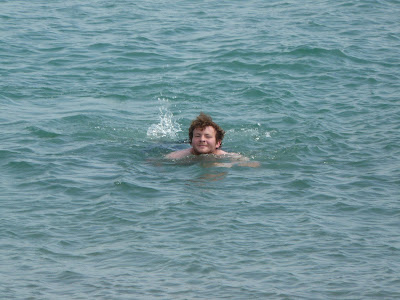 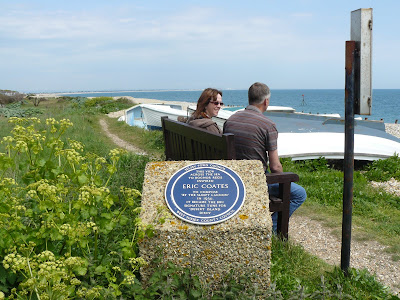 Click on the above picture (and any other) to expand it and read the text. 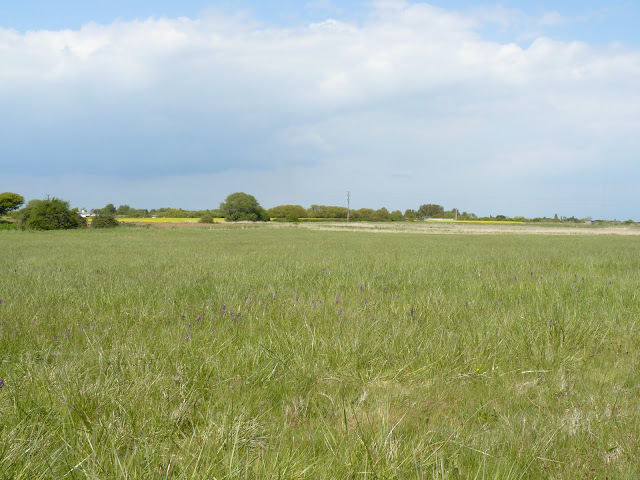 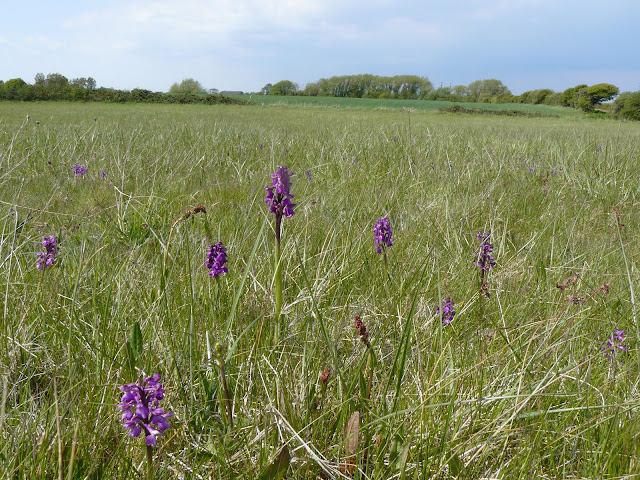 Leaving Selsey, the public footpath goes through an extensive caravan park, a couple of fields and some roads before passing this wonderful field, which was bursting with orchids.  My digital camera fails to record the colours of orchids accurately.  Has anyone any ideas how to overcome that - short of manual enhancements, which I dislike?  The actual colours were more red than these pictures show. 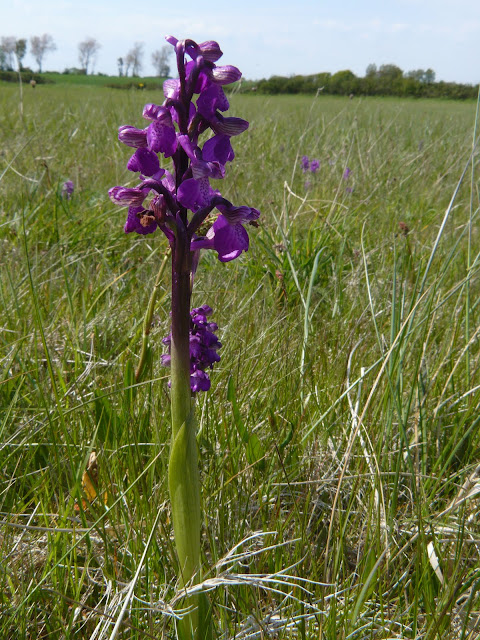 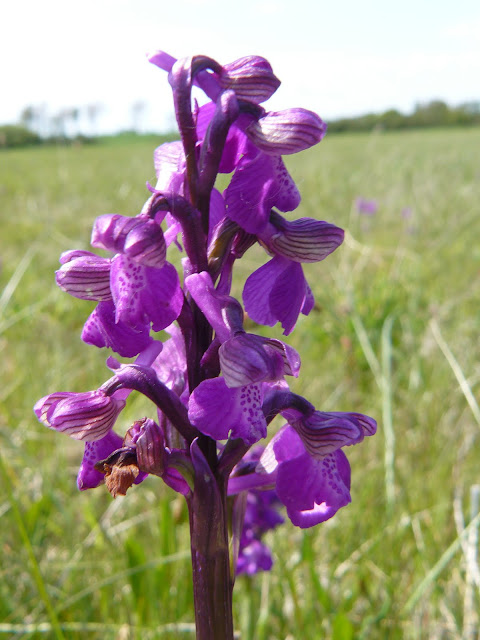 These orchids are Green-winged Orchids. 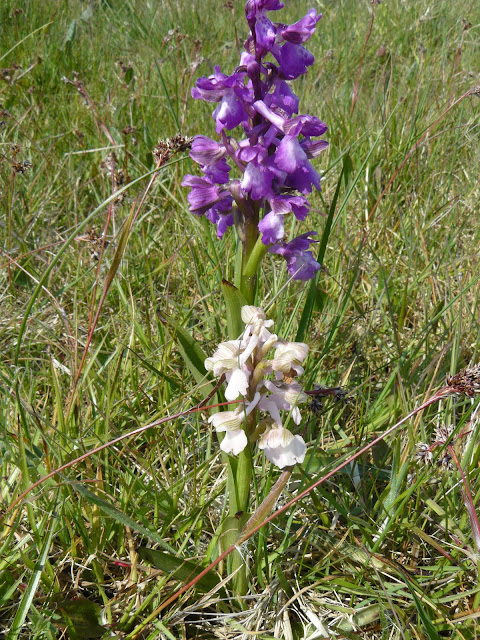 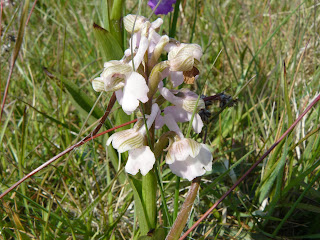 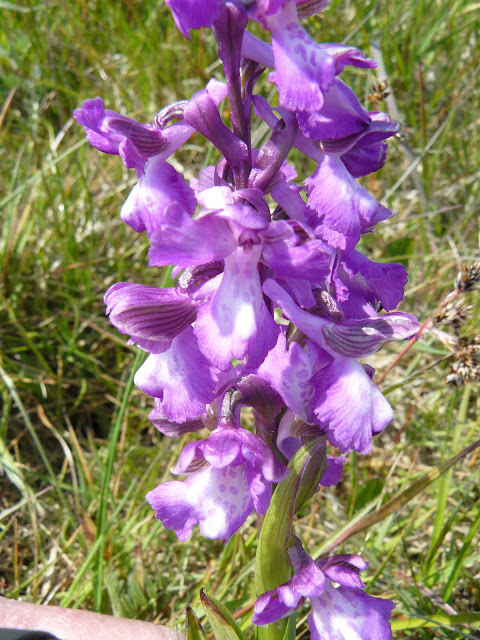 These orchids were just beautiful and made up for the paucity of birds that we saw.
We never spotted a tern, but probably could have seen nesting birds had we headed east along the beach and viewed them from behind the protective wire.
Posted by Sussexrambler