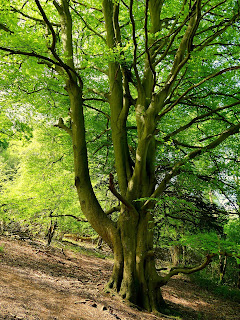 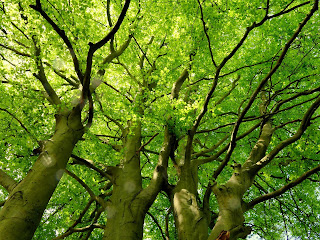 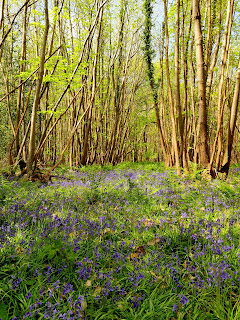 Bluebells were spectacular amongst the coppiced chestnut. 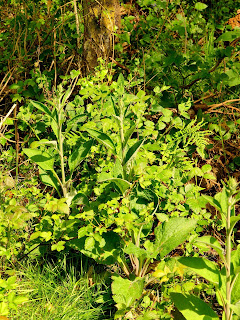 On the edge of a foxglove leaf was a tiny wasp: an ichneumon wasp. 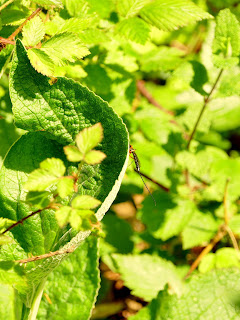 A Peacock butterfly was feeding on a bluebell. 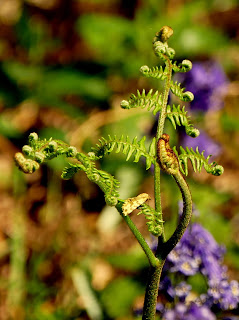 And above, a  Speckled Yellow moth, Pseudopanthera macularia was one of dozens flying this morning. 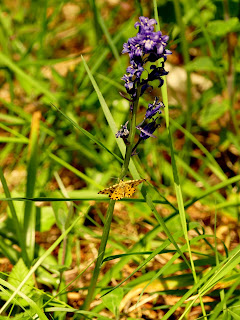 There were far fewer bees seen on this 3 hours walk than I see in two minutes in my garden. 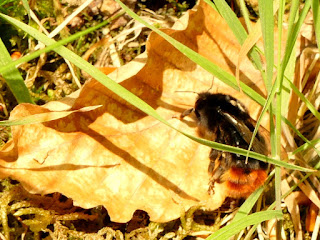 This Red-tailed bee was flying around close to the ground -- not feeding but looking for the nest of a host species.  It looks like the Red-tailed cuckoo bee, Bombus rupestris. 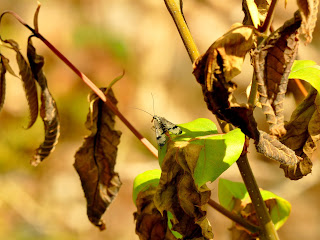 Hiding under a dead leaf a harmless Scorpion fly moved to a more photogenic position when my camera lens got a bit too close. 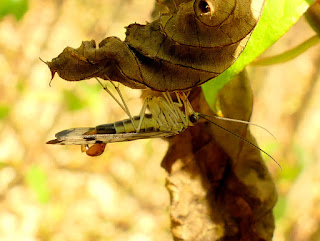 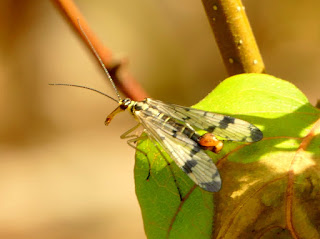 Parasitic Nomad bees were very common in the sunny glades. 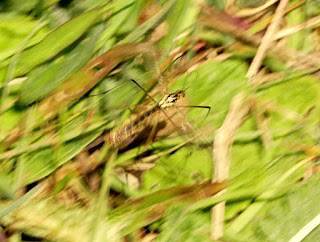 In the meadow at Fairmile Bottom a  Spotted Crane fly, Nephrotoma appendiculata was in flight.
A tiny Lassioglossum sp. Furrow bee was crawling around on the path.
Small Heaths and Brimstones were common but the elusive Fritillaries were not seen this morning.
None the less this is a magnificent place to walk and enjoy a wide diversity of species including several slow worm legless lizards.
Posted by Sussexrambler