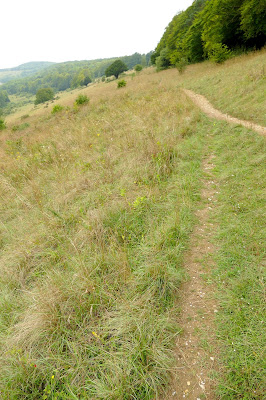 The steep, south-facing chalk hills at Ranmore were fabulous for insects, especially butterflies and moths yesterday. 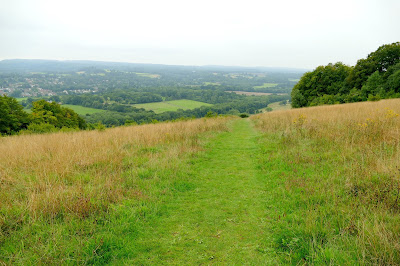 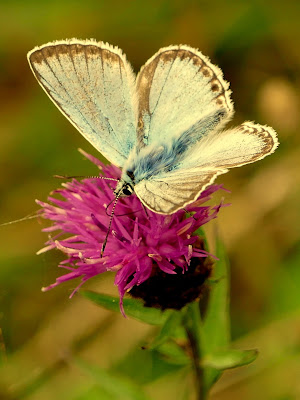 Scores of Chalk Hill Blues were flying around. 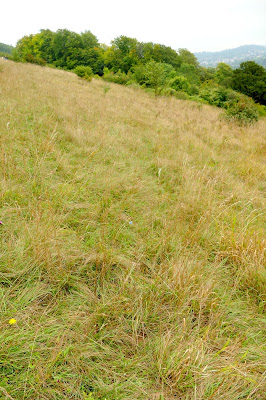 Near the middle of the photo' above is a tiny, vivid blue speck: 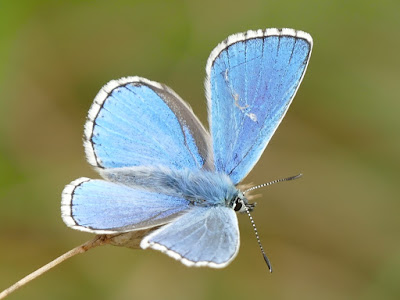 an Azure Blue, a little battered and missing areas of scales from its wings yet stunningly blue none the less. 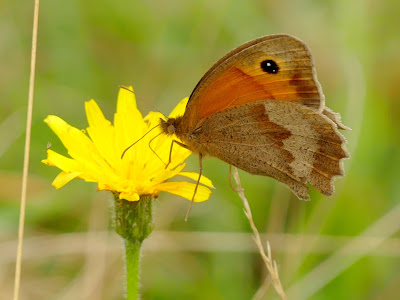 Meadow Browns were present in significant numbers; a female above and a male below. 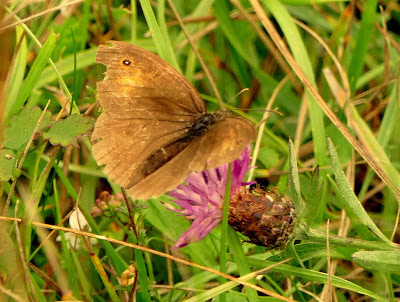 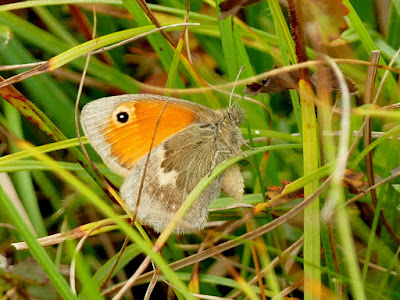 Smaller and more orange than the Meadow Browns were some Small Heaths, above. 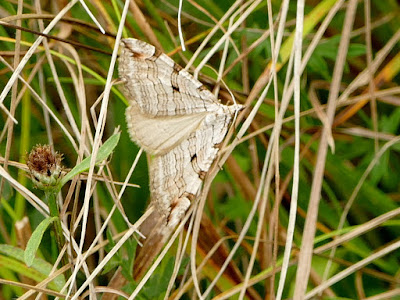 This might be a Treble-bar Moth, Aplocera plagiata, whose caterpillars feed on St John's Wort, which food plant was in flower still. 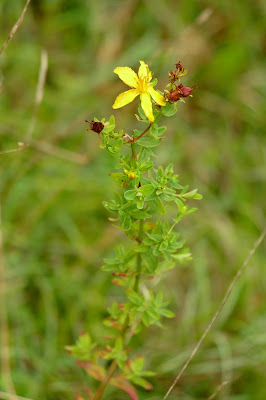 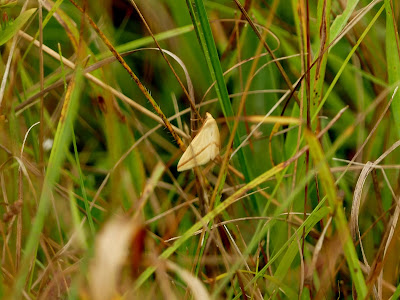 Is this a Drinker Moth?  Any ideas anyone? 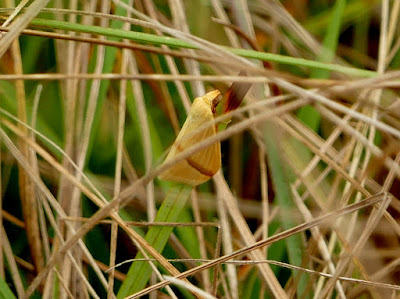 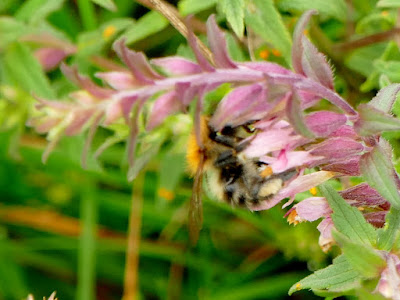 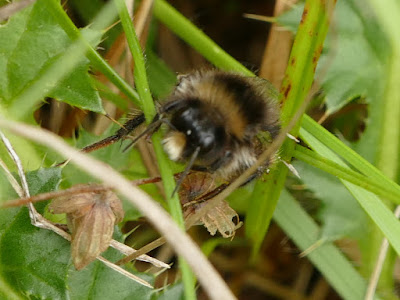 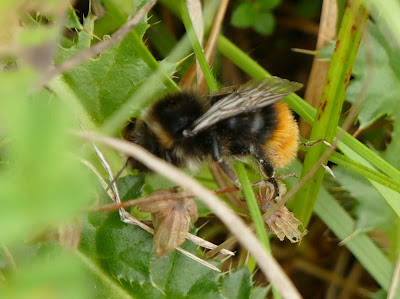 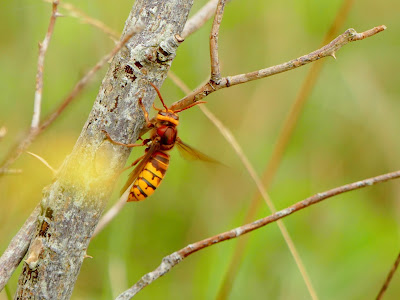 A Hornet seemed to be scraping wood from this dead stem to expand its nest cells.
There is such a variety of insect and plant life on this hillside, which being steep is a good opportunity for some vigorous exercise too!