Roman snails in an English wood. 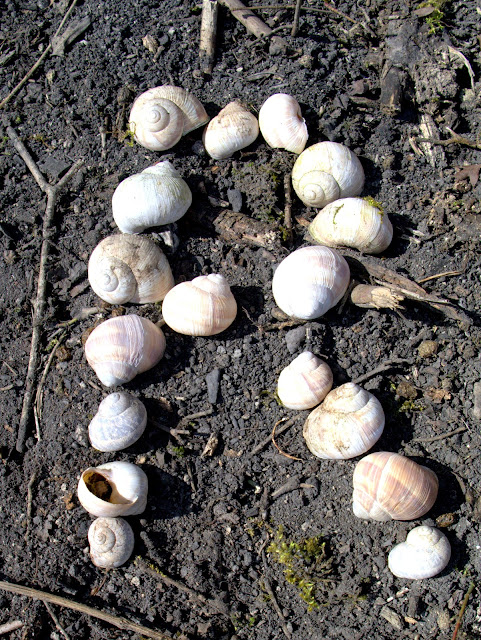 "R" is for Roman snails, Helix pomatia, which are found in calcarious woodlands in Surrey.  According to Wikipedia (click to view Helix pomatia) they can live 20 years and don't roam more than a few meters.  So although common locally, they are generally speaking not so common and are a protected species in some European countries including England. 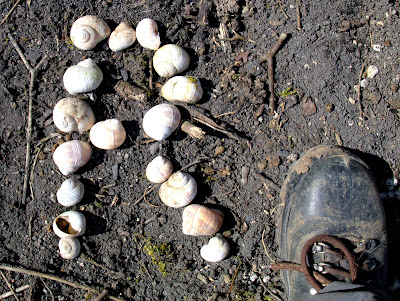 All of the above shells are empty.  They are still big though.  In England only (not the rest of the UK), the Roman snail is a protected species under the Wildlife and Countryside Act 1981, making it illegal to kill, injure, collect or sell these snails.
Posted by Sussexrambler