Around the Meridian from Peacehaven - lead by Paul, Tuesday 10 Feb. 2009

This 8 miles walk followed torrential rain and flooding in Sussex and elsewhere in England. Expertly lead by Paul, as part of the MSR group of the RA program of walks we enjoyed some dry chalk downlands and some muddy bridle paths in quite chilly weather due to winds gusting to 30 plus mph.
Below, we cross the meridian at Peacehaven. 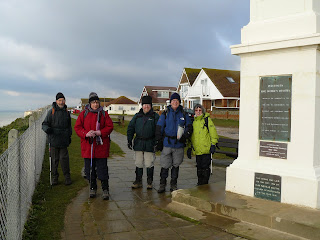 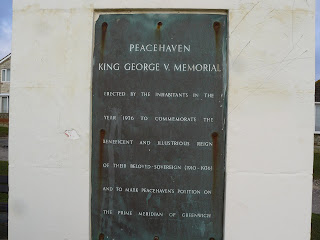 Above is a panoramic shot looking to Lewes and towards Seaford on the right from above Peacehaven. Below are a series of shots zoomed in on Seaford Head. Click on any picture to enlarge it. 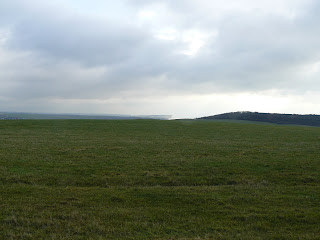 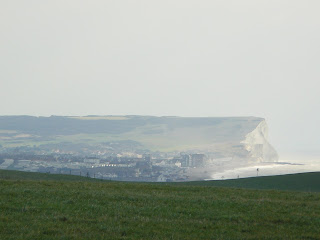 It is fun to see camera shots that one's eye cannot see - unless one is a Peregrine Falcon. The wind was so strong that I was unable to hold the camera still and took pot luck on whether anything would appear. These pictures are only possible thanks to the image stability camera function. 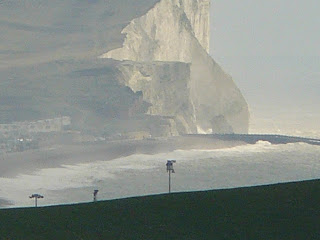 Lunch was taken in freezing weather at Telscombe village in the graveyard of St Lawrence Church. The nave and chancel are probably of the mid-12th century, to which the aisles and tower were added at the very end of the century. 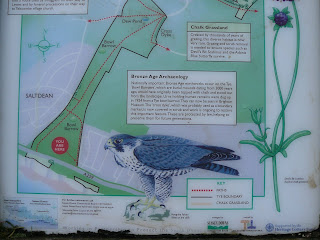